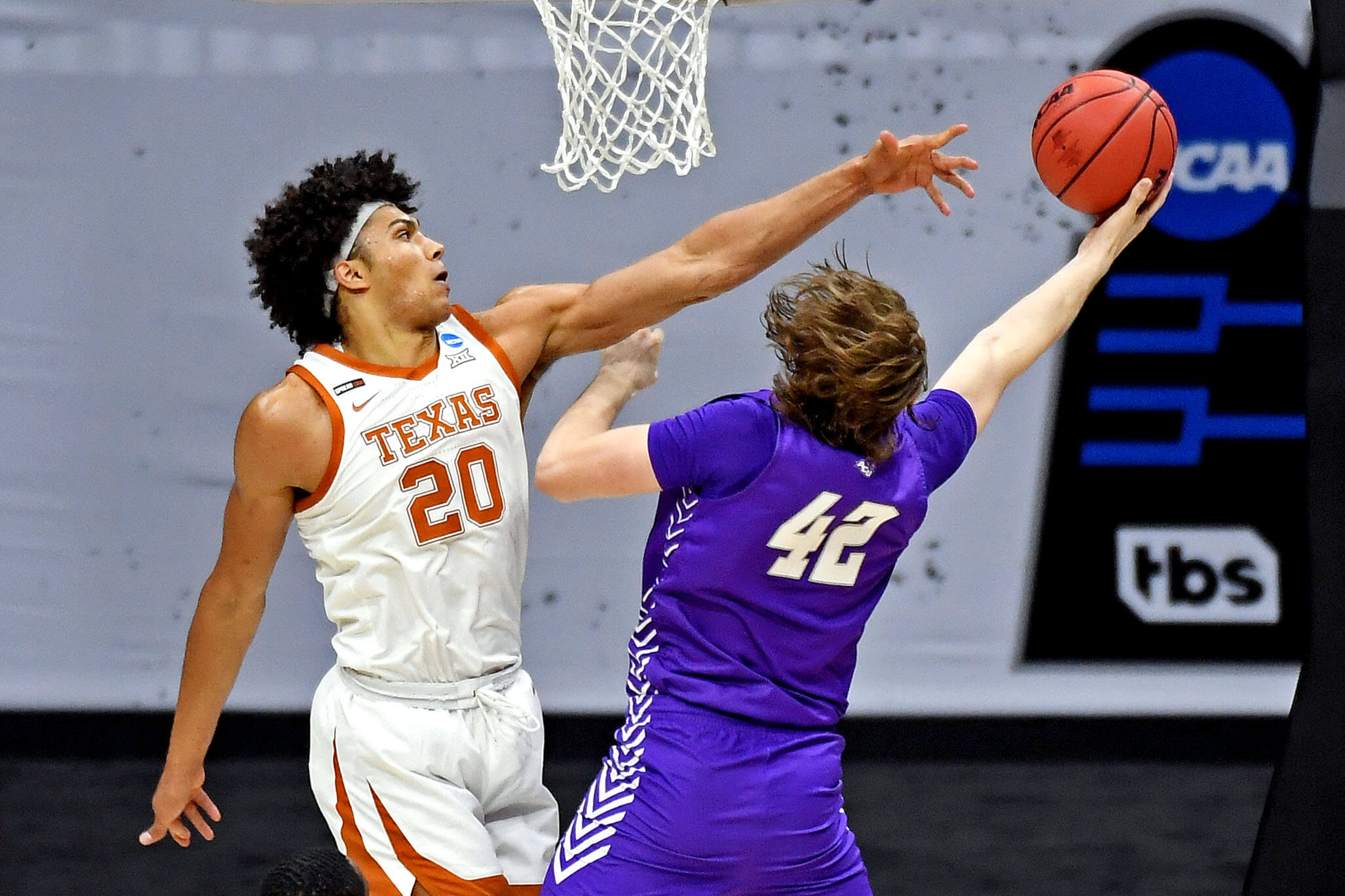 The New York Knicks selected Texas Longhorns’ Jericho Sims with the 58th pick to complete their haul in the 2021 NBA Draft.

Projected to go undrafted, Sims raised his stock after an impressive NBA Draft Combine. The 6-foot-10 Sims posted an eye-popping 44.5-inch max vertical in the NBA Draft Combine and the No. 8 overall three-quarter sprints.

Shortly after the Draft Combine, he went viral after hitting his head on the rim on a dunk he performed at the Klutch Sports Pro Day.

Jericho Sims hit his head on the rim with this dunk 😳

Sims was named to the All-Big 12 Tournament team after posting 9.2 points, 7.2 rebounds, and 1.1 blocks in 26 games last season while helping the Longhorns earn their first postseason championship. He needs to improve his free throw shooting (52%) to thrive in the NBA.

The Knicks started the night with a pair of trades moving back in the draft after their targets went off the board. The shrewd moves saved the Knicks some of their cap space and earned them additional assets that may become trade chips down the road.

They dealt the 19th pick to the Charlotte Hornets for a heavily-protected future first-round pick. The selection is Top-18 protected next year, Top-16 protected in 2023, Top-14 protected in 2024 and will become a pair of future second-round picks if not conveyed.

The Knicks then dealt the 21st pick to the Los Angeles Clipper for the 25th pick and a future second-round pick. They used that to select Houston Cougars’ 3-and-D prospect Quentin Grimes who had an impressive Draft Combine by scoring 27 points on seven three-pointers in one of the scrimmages. He shot 40.3 percent from deep last season.

The Knicks weren’t done wheeling and dealing as they flipped the 32nd pick into the 34th and 36th picks they used for west Virginia’s feisty point guard Miles McBride and Lithuanian Rokas Jokubaitis.