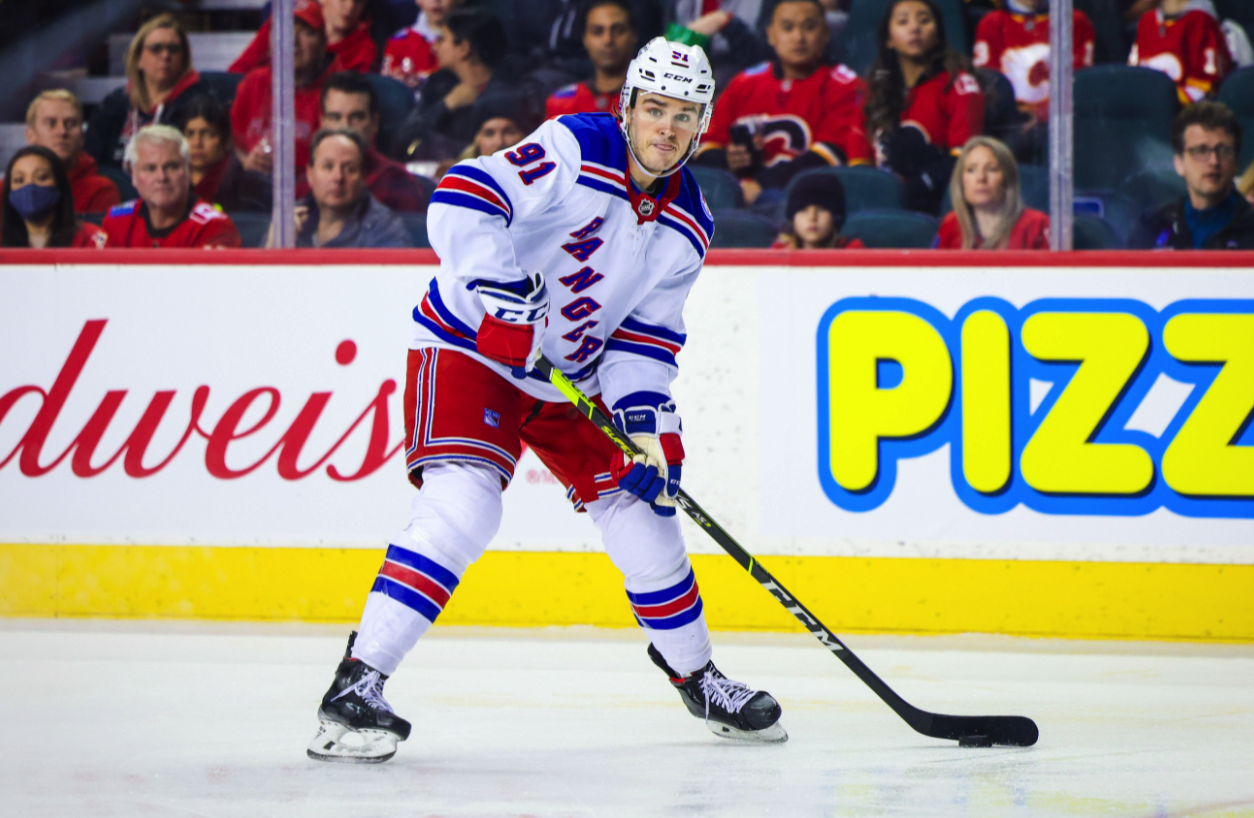 Blais was injured in the New York Rangers’ Sunday win over New Jersey and will miss the rest of the season.

The New York Rangers announced that Sammy Blais will be placed on injured reserve with a knee injury that will take 6-8 months to recover from.

UPDATE: Sammy Blais (knee) has been placed on IR and is out for the season with an expected recovery of 6-8 months. The team has recalled Greg McKegg from @WolfPackAHL.

Larry Brooks of the New York Post added that Blais tore his ACL during Sunday’s 4-3 win over the New Jersey Devils and will miss the remainder of the season. Blais was forced to leave the game after his skates were clipped by Devils defenseman P.K. Subban. He needed assistance to leave the ice and put no weight on his right leg upon his departure.

Blais was in the midst of his first season with the Rangers after four years with the St. Louis Blues. He is perhaps best known as the Rangers’ yield in the trade that sent Pavel Buchnevich out to the midwest, which also netted the Rangers a second-round pick. This season ends with four points, all assists, in 14 games for Blais, who also tallied 17 penalty minutes and a plus/minus of +3 (the latter mark tied for the team-high).

In Blais’ departure, the Rangers recalled Greg McKegg from AHL Hartford. McKegg has appeared in eight games for New York this season, winning 47 percent of his faceoffs (24-of-51).

With Blais out, the Rangers (9-3-3) return to action on Tuesday night at home against the Montreal Canadiens (7 p.m. ET, MSG). 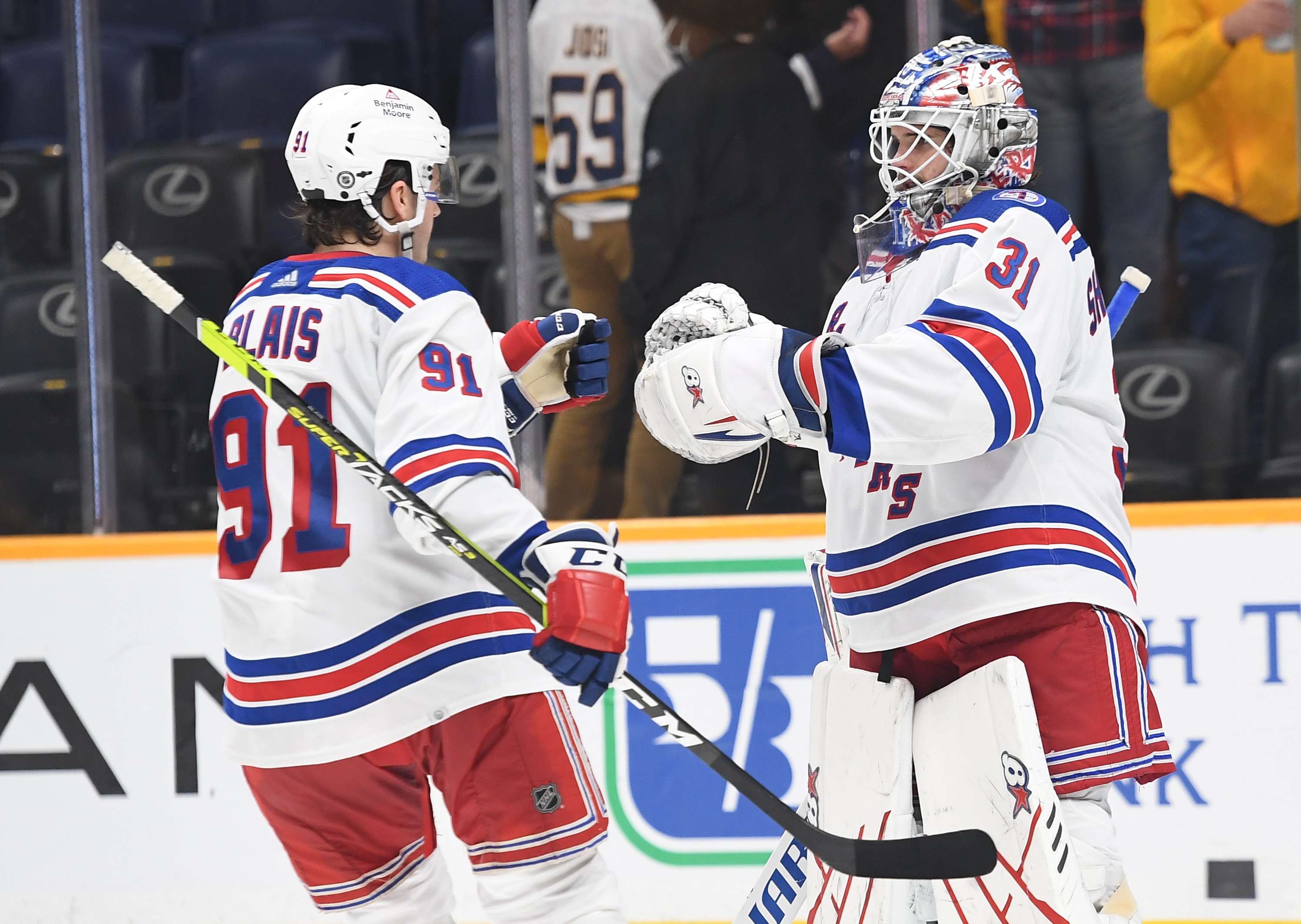 The New York Rangers are having a fantastic road trip as their winning streak hits three consecutive games following Thursday’s 3-1 victory over Nashville.

Head coach Gerard Gallant has been able to find the right line combinations, despite some injuries, the red hot play of goalie Igor Shesterkin has given the Rangers their best start to begin a season (7 points) through five games since the 2009-10 season (8 points).

Mika Zibanejad centered Artemi Panarin and Chris Kreider. The trio didn’t record any points but played a strong game driving to the net and causing chaos in the Predator’s end.

The night belonged to the kids.

Gallant put together a second line of Filip Chytil (22 yrs. old) centering Alexis Lafreniere ( 20 yrs. old) and Sammy Blais (25 yrs. old). The three seemed to hit the ice flying and were in the mix for the first two goals. The first-period backhander by Chytil gave the team a 1-0 lead.

The Rangers’ second goal, scored by Lafreniere, was a small glimpse of the potential these kids have. Norris trophy winner Adam Fox intercepted a pass, skated down the right side of the ice, and threaded a needle pass to Blais.

Not to be outdone by his defenseman, Blais then toe dragged the puck as he split two Predator players just in front of the Nashville goaltender, then chipped a pass to his left onto the stick of Lafreniere who proceeded to put the puck into the net.

Igor Shesterkin had found his groove early on this season. During this three-game winning streak, (wins over Montreal, Toronto, and Nashville) he has stopped 99 of the 102 shot’s he has faced which is good for a .971 save percentage.

Three goals against made him pretty unbeatable and is another display of how well things are going on this road trip.

Adam Fox has points in four of five games this season (1G-3A). Since the beginning of last season, Fox’s 51 points are tied with Victor Hedman for the most in the NHL among defensemen.

The kid, just 23-years-old, does everything on the ice for his team. His great speed along with vision across the whole sheet of ice directly lead to the game-winning goal on Thursday night.

Head coach Gallant has been trying to limit Fox’s minutes, yet he is still averaging 25:25 minutes on ice per game. Gallant will ride this horse until he’s forced to slow down.

A balance of veteran players and fearless kids is slowly transforming into a winning combination. They play hard in all three zones, for an entire game. No one player is more important than the other, but all know their responsibilities during games.

Now if they can only find an answer to the power-play. 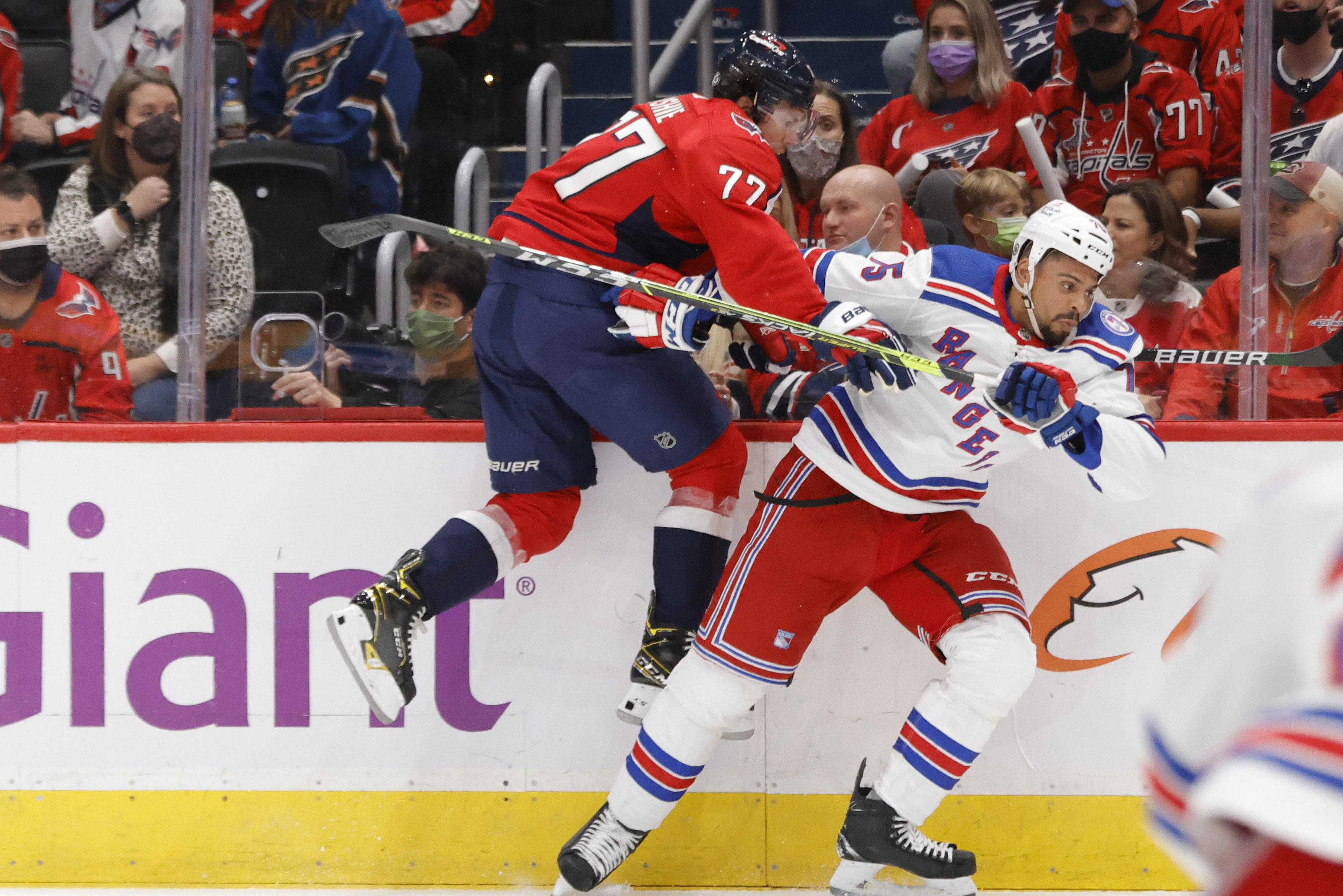 The New York Rangers’ loss to the Capitals on Wednesday night confirms that this team has plenty of work ahead of them, on the ice and behind the bench.

The New York Rangers began their 2021-2022 season with a 5-1 loss to the Washington Capitals. It is only one loss, game one of 82 on the schedule, but there were some familiarities to last season the club needs to get away from if they want to put together wins.

Georgiev Gets The Start

The lineup was questioned almost immediately when Alexandar Georgiev led the team onto the ice.  Why was Igor Shesterkin sitting for the first game of the season? Did the back-to-back schedule of games having the team in Washington on Wednesday and then playing their home opener on Thursday play that big of a factor in this decision?

Gerard Gallant was asked about his decision in his post-game presser and really didn’t have a concrete answer as to why he went with Georgiev telling Vince Mercogliano,

“No, not really. Obviously, we’ve got back-to-back games and I think Georgie played real well. I don’t think there’s any issue with the goals with Georgie.”

Georgiev made some good saves, but overalled seemed to struggle at times.  The Rangers gave up two goals in 24 seconds in the second period giving the Capitals a 3-0 lead at the time.  That third goal is one Georgiev would definitely want back. It once again showed that he needs to find a way to make the big save that can stop the opposition’s momentum.

Georgiev made 22 saves on 27 shots in the game taking the loss.

An opening night lineup that saw rookie Nils Lunkvist watching the game, and Jared Tinordi lacing up his skates for the game was a direct result of the club being concerned about the rough style of game that was anticipated to have. This team already had a hard-hitting Sammy Blais and Ryan Reaves penciled in to play, why sit Lundkvist then?

The bottom six of the team’s lineup had Filip Chytil centering Sammy Blais and Barclay Goodrow and Kevin Rooney in the middle of Ryan Reaves and Dryden Hunt.

Other than some big hits, neither line produced many scoring chances.

The Rangers scored just one goal, on the power play, by Chris Kreider in the third period.  The special teams were a thorn in the team’s backside throughout the game.

This is an area the club had relied on to improve in the offseason, but it is apparently more work is needed to be done.

Tonight the Rangers will be back on the ice again, this time at Madison Square Garden. Their home opener welcomes the Dallas Stars and hopefully a better outcome than on Wednesday night.

Gallant has already announced the Igor Shesterkin will be in the net and one could assume that the head coach will insert Lundkvist and forward Julien Gauthier into the lineup in hopes of generating some more offense.

It may be early in the season but this team needs to find its identity early and get some good line chemistry with the tough schedule the team has ahead of them. The Blueshirts only have two home games, after tonight’s game, in the next 10 games.

This team needs to do everything it can not to fall into the quicksand and find ways to keep even with the rest of the league and division.