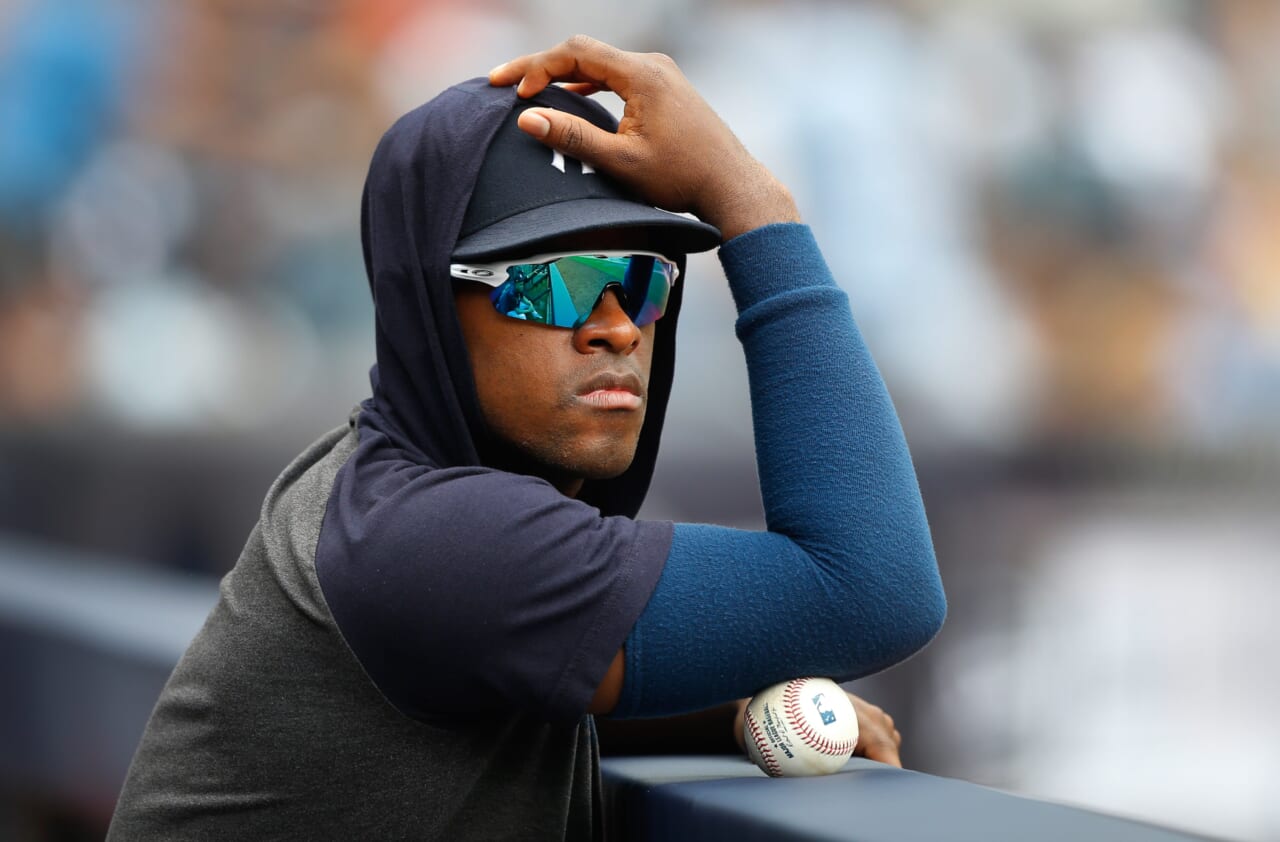 All postseason the New York Yankees and its fans have been zeroed in on obtaining a new shortstop to replace Gleyber Torres that was permanently moved to second base, and rightly so. It is the team’s most glaring need going into the new season. Unfortunately, we are no closer to that resolution than we were after the World Series was completed.

The Yankees have discussed going big with the acquisition of Carlos Correa or other big-time shortstops that have already gone the way of being hired by other teams before the MLB lockout. They have also discussed a stop-gap measure hiring a lesser star to fill the position for a shorter period while waiting for star prospect Anthony Volpe to develop. But there hasn’t been much talk about filling the pitching hole created when Corey Kluber went to the Tampa Bay Rays in free agency. This pitching need should not be neglected.

The Yankees will start the season with ace Gerrit Cole as their opening day starting pitcher, but beyond that, nothing has been set. The Yankees will hope that Luis Severino will fill in that number two slot, but after not pitching in two years in the majors, no one knows if that will come to fruition. Next is the annually solid Jordan Montgomery. Beyond that, the rotation becomes even murkier. The Yankees have Jameson Taillon, Domingo German, who pitched 98.1 innings this past season, and a few minor leaguers that might see action.

Although some in the front office feel they are in good shape, they might want to reexamine the need for a true number two starter to provide that one-two punch needed in the postseason. Although in a small sample, Nestor Cortes Jr. could have a huge impact if some of the starters fail or have injuries.

Kenneth Law of the Atlantic Magazine has reported that the Yankee Farm System had been downgraded from #14 to #22 in all of baseball. Law says ” that the position player depth is too thin outside of Anthony Volpe, though there are solid arms who could be future mid-rotation starters.”

Unfortunately for the New York Yankees, all of its’ American League rivals rated better than the Yankees. Law says the Los Angeles Dodgers have the best farm system in baseball. The Tampa Bay Rays and the Toronto Blue Jays both ranked in the top five of the heap.

With the lack of a new Collective Bargaining Agreement and with the start of spring training scheduled just over a week away, it seems almost definite that spring training will be delayed, barring any miracle move by either side in the negotiations. But that doesn’t mean the ballparks in Tampa will be vacant. Minor leaguers are reported to be returning south as non-roster players are not covered by the players union and can start training. Jasson Dominguez and Anthony Volpe will be two of the players reporting in the next week.

The New York Yankees recently signed the number one international prospect in Rodrick Arias. Arias is a phenomenal young infielder with tremendous potential and athleticism On January 15, the first day of international signing, the Yankees reportedly signed Arias for 3.5 million of the Yankees allotted $5.179 million pool. However, Jessy Sanchez of MLB.com has reported that the deal was finally signed at $4 million, however, the New York Yankee front office has not confirmed the amount. 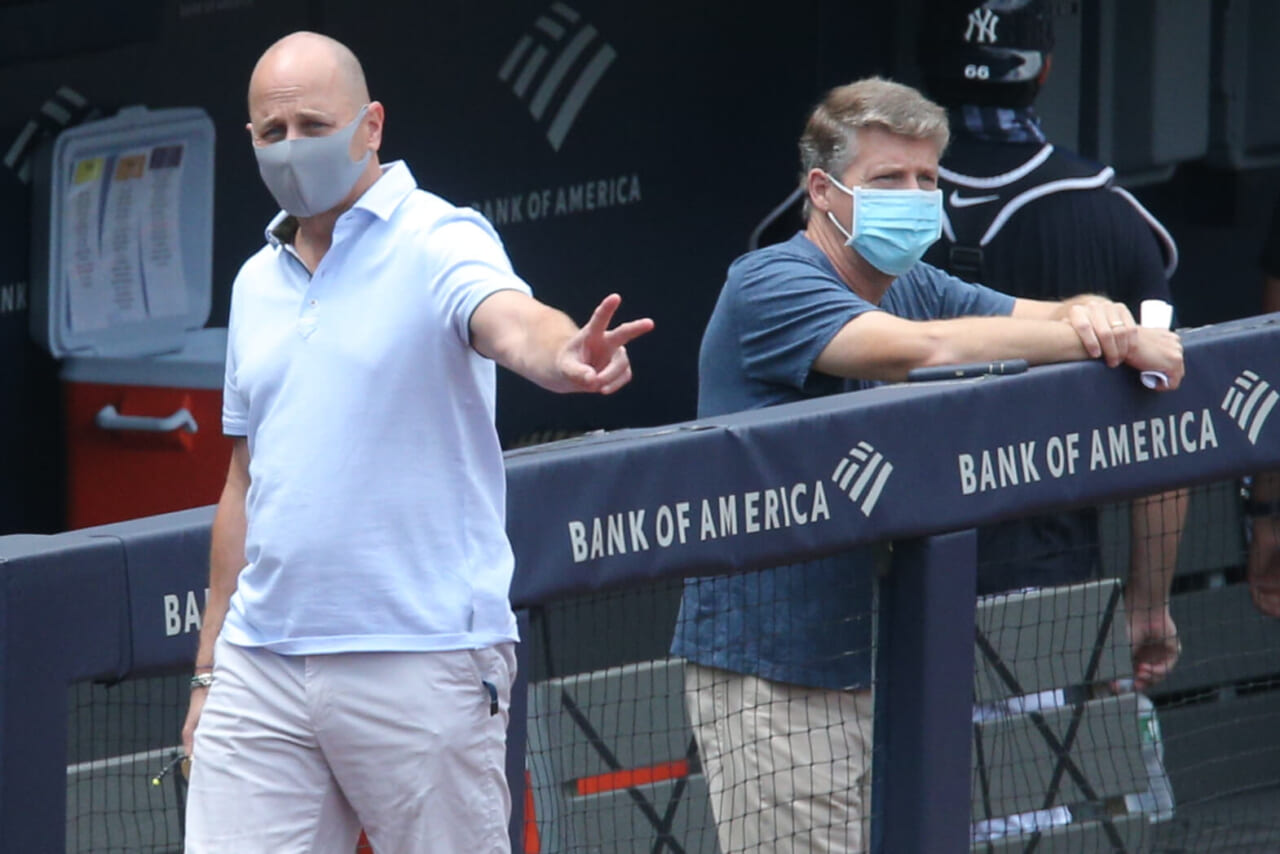 The New York Yankees are a special team, a team that expects to win the World Series every year. We all know that that is not possible.

For all but a few elite teams, a good showing that draws fans to the stands is enough. But not for the Yankees, they always aim high. The Yankees have come close the last few years after not winning a World Series since 2009 but just haven’t found the formula to bring them to the October Classic.

Think what you will, but the Yankees are always planning. They are looking to improve the team for the coming season after the MLB lockout is over. The big question in a fan’s mind is if the Yankees will do enough before the start of the season to get over that hump that has not allowed them a World Series appearance in the last eleven years. To accomplish that, at the very least, they must sign a high-profile shortstop to replace Gleyber Torres, acquire a true number two type starting pitcher, and improve production at first base. If they fail to do that, fans will likely see similar results that they have come to accept in the last few years.

Beyond this season, the Yankees have been preparing for a long stretch of excellence in the future. The Yankees have been one of the more active teams with top of the heap international signings. It started in 2015 when they spent $5 million to snag Jasson Dominguez out of the Dominican Republic. This year they again went after the top international signing with Rodrick Arias. They are also expected to pick up Brandon Mayea, the highest-rated shortstop out of Cuba.

In two years, the Yankee farm system could look like this: SS Anthony Volpe, SS/IN Oswald Pereza, OF Jasson Dominguez, SS/3B Trey Sweeney, SS Rodrick Arias, and CF Brandon Mayea. With those top signings SP Wandy Peralta, and the hands already in the Yankee minor league system, the Yankees will look to have the top farm system in all of baseball, which spells future success, and not just for a year or two.

Not being overly optimistic, it is important to recognize that while highly-touted international prospects are extremely hit-or-miss. Players like Rusney Castillo, Hideki Irabu, and Kei Igawa were complete duds, while Hideki Matsui, Robinson Cano, Orlando Hernandez, Bernie Williams, and of course Hall of Famer Mariano Rivera have been superstars for the Yankees.

While this looks extremely positive for the future, Yankee fans want instant satisfaction. With a second meeting between the sides in the Collective Bargaining Agreement, it appears a resolution may be in the offing, hopefully sooner than later. General manager Brian Cashman and the front office will have to pounce quickly to resolve their issues after being silent in postseason 1.0 if they expect to come closer to a World Series appearance in 2022.

The New York Yankees are the odds on favorites to sign number one international prospect Rodrick Arias, who has been likened to Jasson Dominguez and advertised as the next Wander Franco. Just like Dominguez, he is called a monster at the plate.

The Yankees feel that Arias is one of the greatest young prospects to come along in years and the best since Dominguez. Dominguez was signed with the Yankees in July of 2019. He has progressed nicely and has been the Yankees’ number one prospect for some time until he was surpassed by SS Anthony Volpe late this summer. The Yankees have been taking their time with Dominguez as they don’t want to rush him before he is ready.

In 2021, he earned 206 plate appearances with 52 hits and a batting average of .252. Jasson will be 19 this coming spring training. Although he has only played to Tampa Low A, expect him to be promoted this season. Dominguez will likely be ready for the big time in 2023.

The Yankee scouts have had their eyes on Rodrick Arias for the last few years. The 17-year-old is from San Pedro de Macoris, the Dominican Republic, where he played sandlot baseball near his home. Since then, he has grown and is now 6′ 1″ and weighs 180 pounds. As a result, he has drawn comparisons by scouts to Jasson Dominguez for his size and strength. Particularly interesting to the Yankees is that he is a switch hitter with success from both sides of the plate.

Arias is an up can coming shortstop, and the Yankees are expected to sign him on January 15, 2022. This would be the most exciting international signing since Dominguez. Scouts tout him as being the next Wander Franco.

Top international prospect Roderick Arias, who is expected to sign with the Yankees, hits an absolute bomb ðŸ’£