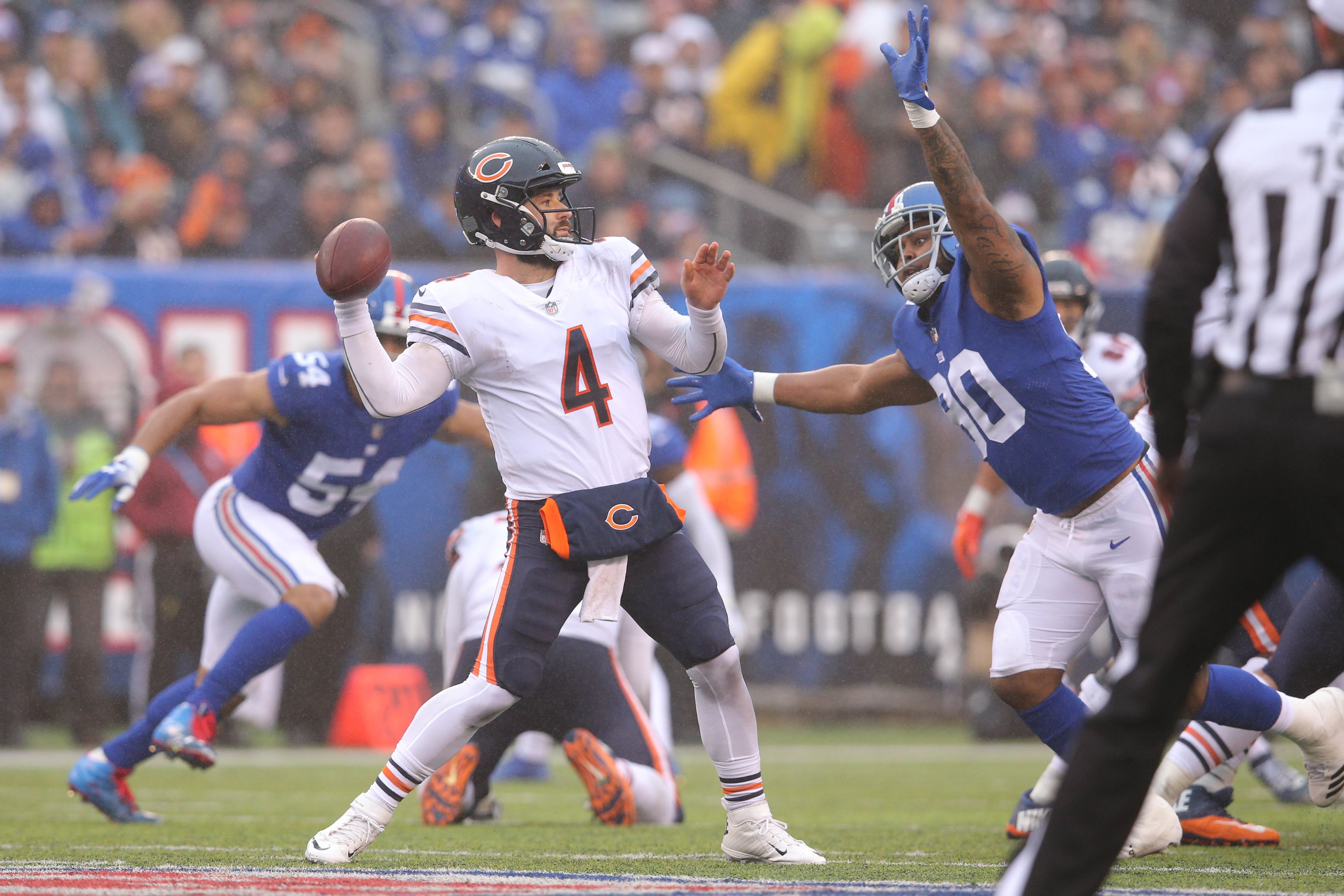 After missing all of 2018 with a supposed thyroid issue, defensive lineman RJ McIntosh is finally ready to make an impact on the season ahead. Back to full health, McIntosh has been working tirelessly to improve his stock and earn starting reps alongside Dalvin Tomlinson, Dexter Lawrence, and BJ Hill.

While he’s a bit behind in the starting race due to his lack of experience and late-round draft grade, there’s hope when it comes to production. In his final season with Miami in 2017, RJ racked up 25 solo tackles, 12.5 tackles for a loss, and 2.5 sacks.

In regards to his illness, the defender stated:

NJ Advance Media: “With prayer, I pray it doesn’t come back up. It was something I couldn’t control and I believe we do have it under control with this medical team.

“I feel great. I feel healthy. I feel like I’m ready.”

The 6-foot-4, 286-pound lineman is ready to make an impact, but it won’t be easy to crack the starting group, especially with Lawrence’s ability as a pass rusher and run stuffer. Dethroning Hill and Tomlinson will be difficult as well, so I anticipate him acting as a rotational option that can fill in during specific situations. Hopefully, he can provide some value to a youthful Giants defense led by James Bettcher.

Cameron Hogwood (GMEN HQ) – R.J. McIntosh: Could the Giants defensive lineman get his shot in 2019?

The New York Giants have begun rebuilding their defensive front with fresh, young talent. Adding first-round talent Dexter Lawrence to the interior of the line should not only help in the run defense but also rushing the passer. The Giants are keen on bringing out the best in Lawrence, especially in regards to his ability to rush the passer.

However, I want to take a look at RJ McIntosh, a player that sat his entire rookie season with a thyroid issue. Last season was essentially a red-shirt year for the defensive lineman, but he’s finally prepared to make an impact.

The former fifth-round pick has earned first-team reps this offseason during OTAs, and coaches have been impressed with his abilities thus far. It will be difficult for him to break into the starting unit with BJ Hill, Dalvin Tomlinson, and now Dexter all vying for starting roles.

Racking up 5.5 sacks and 23 tackles for a loss in his final year of college does show he’s a capable player that can be influential in the trenches. I can see the Giants utilizing him in a rotational role to minimize the fatigue of the starters.

Shurmur says: “He is caught up. He is doing well. With defensive linemen, we will see more once we can get in more hitting situations. He is moving around well and has gotten much stronger since he has gotten here. He fits well in the defense and looks like he is getting himself right for training camp.”(NJ.com)

Getting back into football shape will be the biggest challenge for McIntosh, as missing an entire season surely stunted his growth. He’s feeling healthy, though, and is ready to take on the challenge.

“I feel great. I feel healthy. I feel like I’m ready,” McIntosh said after the Giants’ mandatory minicamp, via NJ Advance Media. “It was a great day, a lot of competing, a lot of reps.”