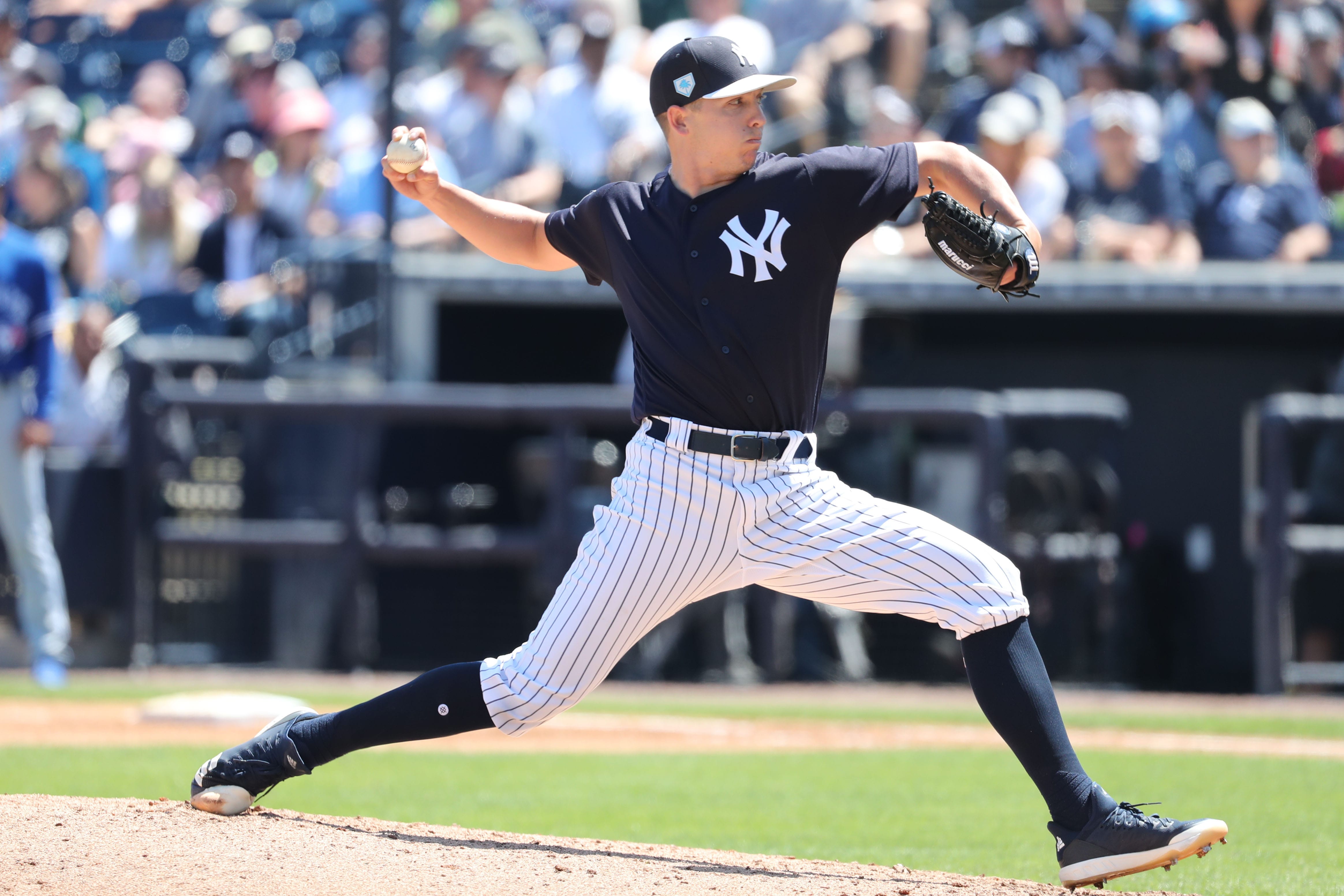 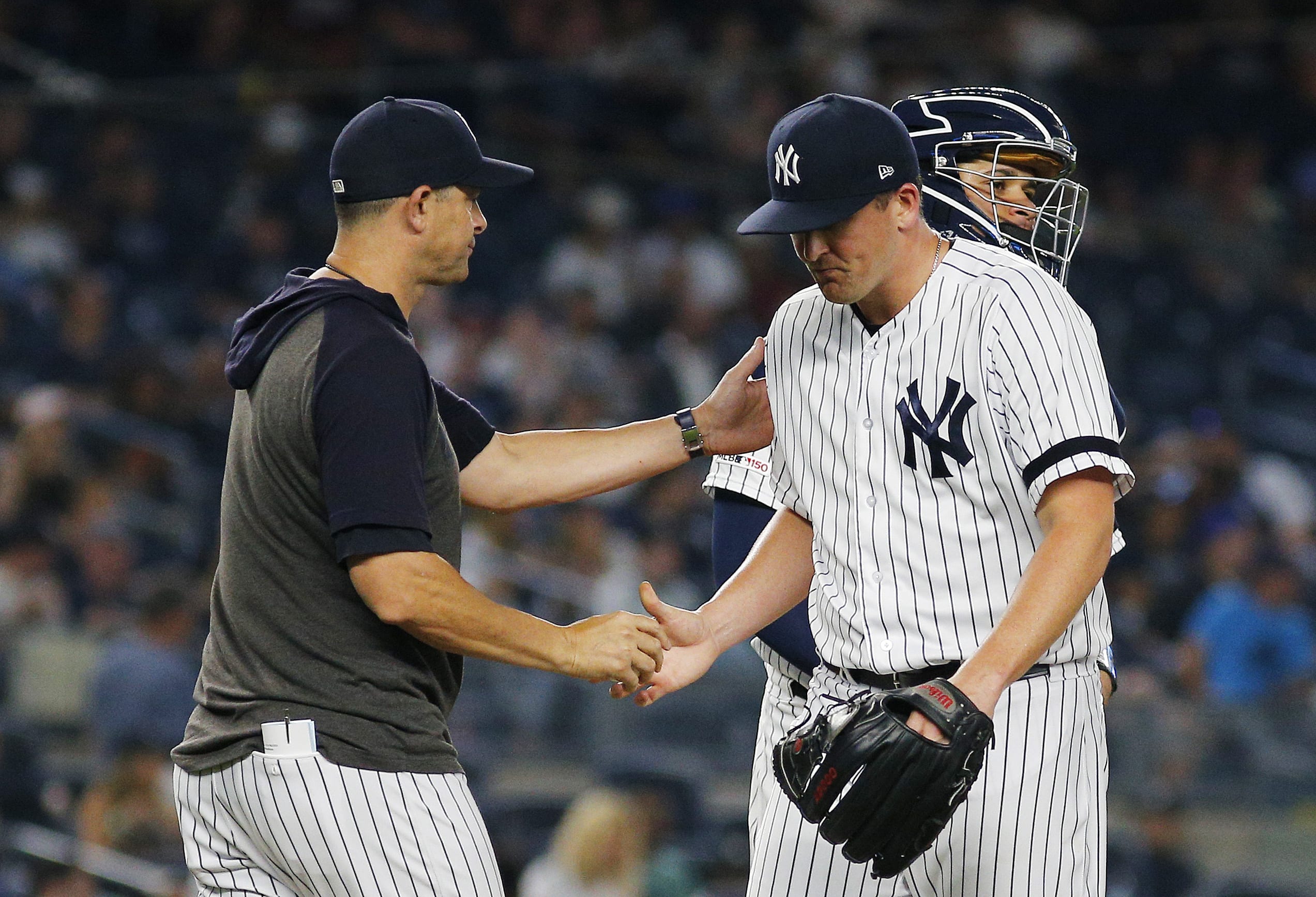 There have only been four Yankee pitchers in club history to allow 5+ earned runs and 5+ hits while getting zero outs. Jonathan Holder has done it twice.

It is no secret that Holder has struggled this season. In his last seven games, Holder has thrown six innings and is credited to a 19.50 ERA. Last night’s game against the Toronto Blue Jays, the Yankees were holding a 10-3 lead and decided to bring in Holder. Five batters later, it was a 10-7 game. Holder allowed two home runs, one of them being a grand-slam.

Following Monday’s game Holder met with media saying, “My breaking ball hasn’t been consistent, and I haven’t been able to come through in big jams. I haven’t been able to execute pitches in a timely manner.” While being asked about maintaining confidence Holder said, “It’s tough, it’s frustrating. It’s not fun, but, just keep working everyday and I got to realize every time I go out one pitch at a time and just execute.”

Following Monday’s match up against the Blue Jays, Holder was optioned to Triple-A Scranton/Wilkes-Barre. Earlier in the season, Chad Green, struggled and figured it out down in triple-A. Yankee fans hope to see Holder do the same. 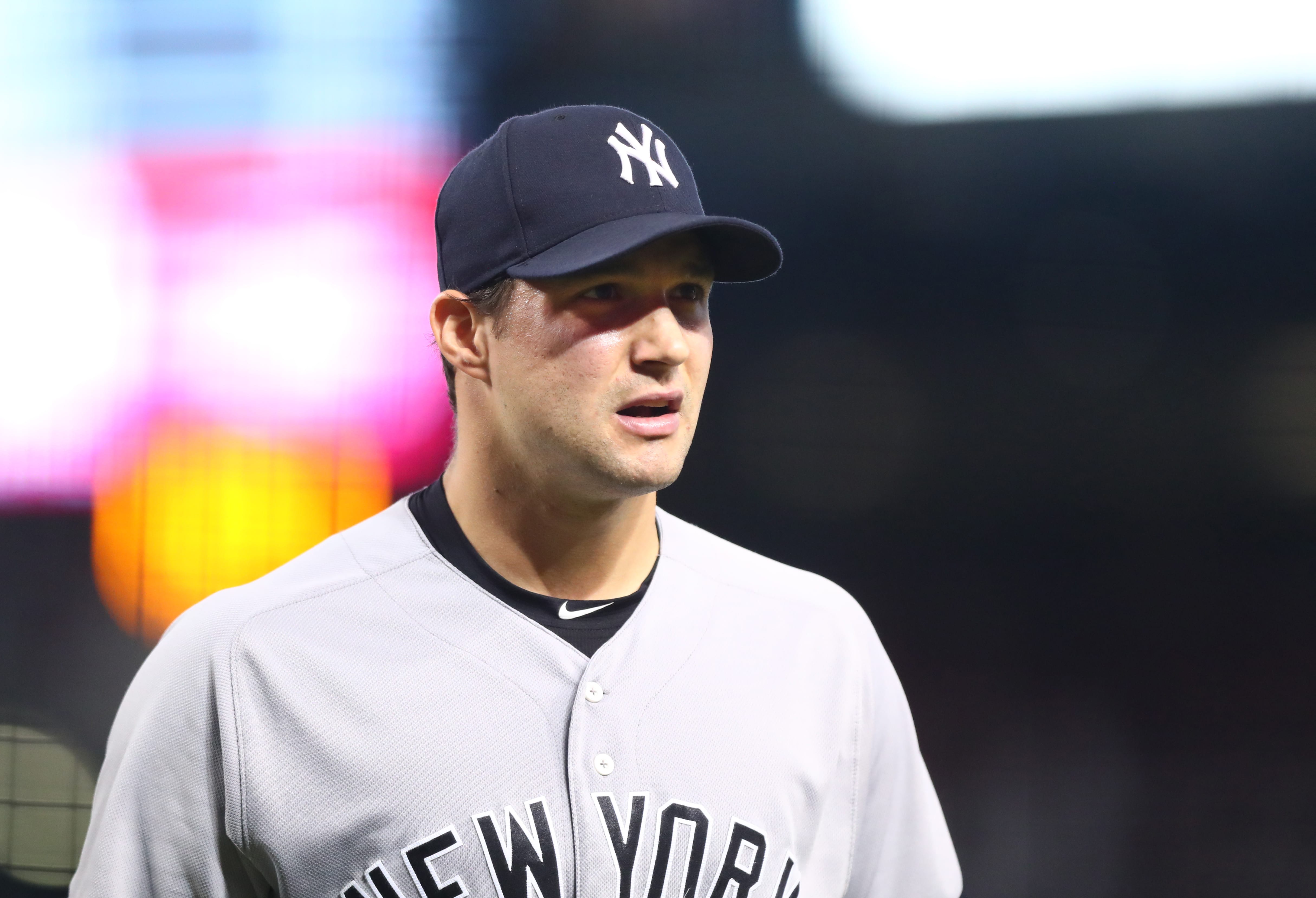 Does anyone remember how bad Tommy Kahnle was last season? I sure do. Kahnle had a 6.56 ERA in 2018 for the New York Yankees over 24 appearances. After an early IL stint, Kahnle spent most of his year at AAA. His velocity was down, sitting in the low 90s rather than the mid to upper 90s.

But in 2019, Kahnle has been absolutely incredible. His ERA is at 1.13 over 18 appearances and hasn’t given up an earned run in a month.

Once Tommy lost his velocity in 2018, he never really got it back. His stuff was still there, but his success revolved on velocity. So, with less velocity, hitters saw the ball much better.

Once he went to AAA, he tried everything to regain his velocity. He also continued to develop off-speed pitches and eventually saw success with Scranton.

The 29-year-old would eventually get called up late in the season and was a bit better than early on, but still struggled. Everyone knew his potential, coming off a season with a 2.59 ERA in 2017, including a strong postseason showing.

After resting up over the off-season, his velocity was back this spring. Add that with improved off-speed pitches, it has made his pitch magnificently.

In no-doubt his best season, he so far has 21 strikeouts and six walks, picking up a win and four holds along the way.

During Friday’s 4-3 win over the Tampa Bay Rays, Kahnle rang up two and got a pop-up to work a 1-2-3 inning in 10 pitches. On Thursday night, he needed just eight pitches to retire the side.

Tommy Kahnle is showing that he is much improved from the 2018 season. He’s having his best career season and is proving to the Yankees that he deserves more opportunities. Plus, if he continues to be efficient, he could start to see multiple innings per appearance. The Yankees will continue to lean on his success to fill holes in the bullpen made by the absences of Chad Green and Dellin Betances.

After Tuesday’s 5-4 walk-off win over the Seattle Mariners, the New York Yankees made a few roster moves. The team sent down Tyler Wade to make room for Jonathan Loaisiga.

ESPN’s Coley Harvey reported that Loaisiga was in the clubhouse on Tuesday, and is expected to pitch on Wednesday.

Tyler Wade has shown time and time again that he cannot hit MLB pitching. The Yankees front office certainly thinks he can, and he spends time up even when there aren’t any injuries. That shows the Yankees “faith” in him.

He can’t show enough consistency at the plate to get constant playing time and a spot on the MLB roster. His baserunning and defense is sure valuable, but it isn’t enough for him to keep a spot on the roster.

A reminder why Loaisiga is up

Jonathan Loaisiga is coming up to replace the injured James Paxton, and will start on Wednesday against the Mariners. Paxton is on the IL with knee inflammation.

Loaisiga, has an ERA of 2.70 in three Yankee appearances this season (two starts). In two games started for the Railriders (AAA), he has actually pitched worse then in the bigs. His ERA is at 7.20 through 10 innings.

Despite struggling at AAA, Loaisiga will be coming up fully rested. He was expected to start on Sunday against the Syracuse Mets, but was scratched after Paxton’s injury.

The hope is that Loaisiga will only be needed for two or three starts before Paxton is ready again.

But for the meantime, the roster carousel continues as more and more Yankees hit the IL and different players are needed for different places. The Yankees need to just keep grinding along and do the best they can. 21-14 ain’t too shabby, that’s for sure.