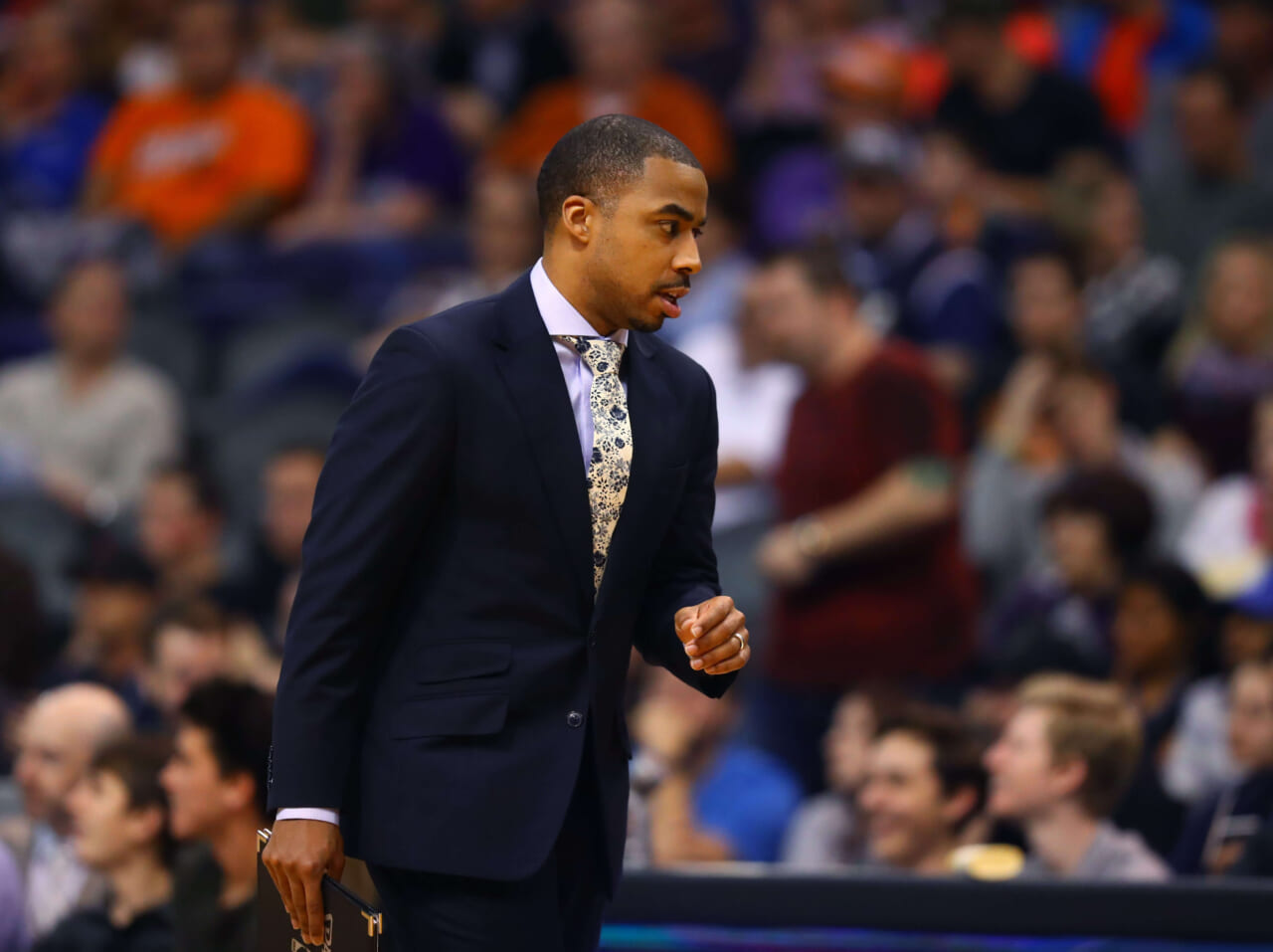 Utah Jazz head coach Quin Snyder raved about his assistant Johnnie Bryant ahead of his move to the New York Knicks.

News broke out last Tuesday that Bryant, 35, has agreed to a deal to become Tom Thibodeau’s associate head coach.

Snider said the whole Jazz organization is excited for Bryant.

Utah coach Quin Snyder confirms Johnnie Bryant will be leaving the Jazz for the #Knicks after the season during Thursdayâ€™s Media Availability inside the Bubble. Hereâ€™s his reaction to Bryantâ€™s looming departure from the team. pic.twitter.com/PObOtR74UM

“I’m happy for Johnnie and his family. Itâ€™s an opportunity that heâ€™s earned and deserved. Weâ€™re really excited for him,” Snyder said. “Heâ€™s been someone whoâ€™s been with me since I got to Utah.”

Bryant has worked his way up to become one of the brightest young coaches in the game.

Tactically, heâ€™s learned [a lot] in the game and on the bench. Heâ€™s great on the court with players and you see him develop guys. Itâ€™s something we take pride in with our program. Johnnieâ€™s been a big part of that,” Snyder added.

Bryant, who played at the University of Utah, has built his resume around his solid player development acumen.Â  Prior to joining the Jazz in 2012, Bryant was running his own training gym (Bryant Sports Academy). Former Jazz coach Tyrone Corbin was so impressed with the work he’s done with Ronnie Price and Paul Millsap and his son Tyrell Corbin that he invited him to join his staff.

Bryant continued his work under Snider, helping Gordon Hayward become an All-Star.Â  After Hayward left for Boston, he took then-rookie, Donovan Mitchell, under his wing, and the results bolstered his credentials even further.

His close relationship with Mitchell fueled speculations that the Connecticut native could soon find his way home.

Jazz radio announcer David Locke said that Bryant will be a big loss for the organization.Â  But more than that, his move will make the Jazz fan base uncomfortable because of his close relationship with their team’s rising star.

https://platform.twitter.com/widgets.js
Mitchell is expected to sign a lucrative contract extension with the Jazz this offseason.Â  But even if he doesn’t, he will still become a restricted free agent in 2021 where the Jazz can match any offer from other teams.Â  Unless Mitchell forces his way out, there’s not a chance the Knicks can get him in the next three to four years.

More than the lure of Mitchell, Bryant’s hiring will greatly impact the player development of the Knicks’ young core, especially RJ Barrett.