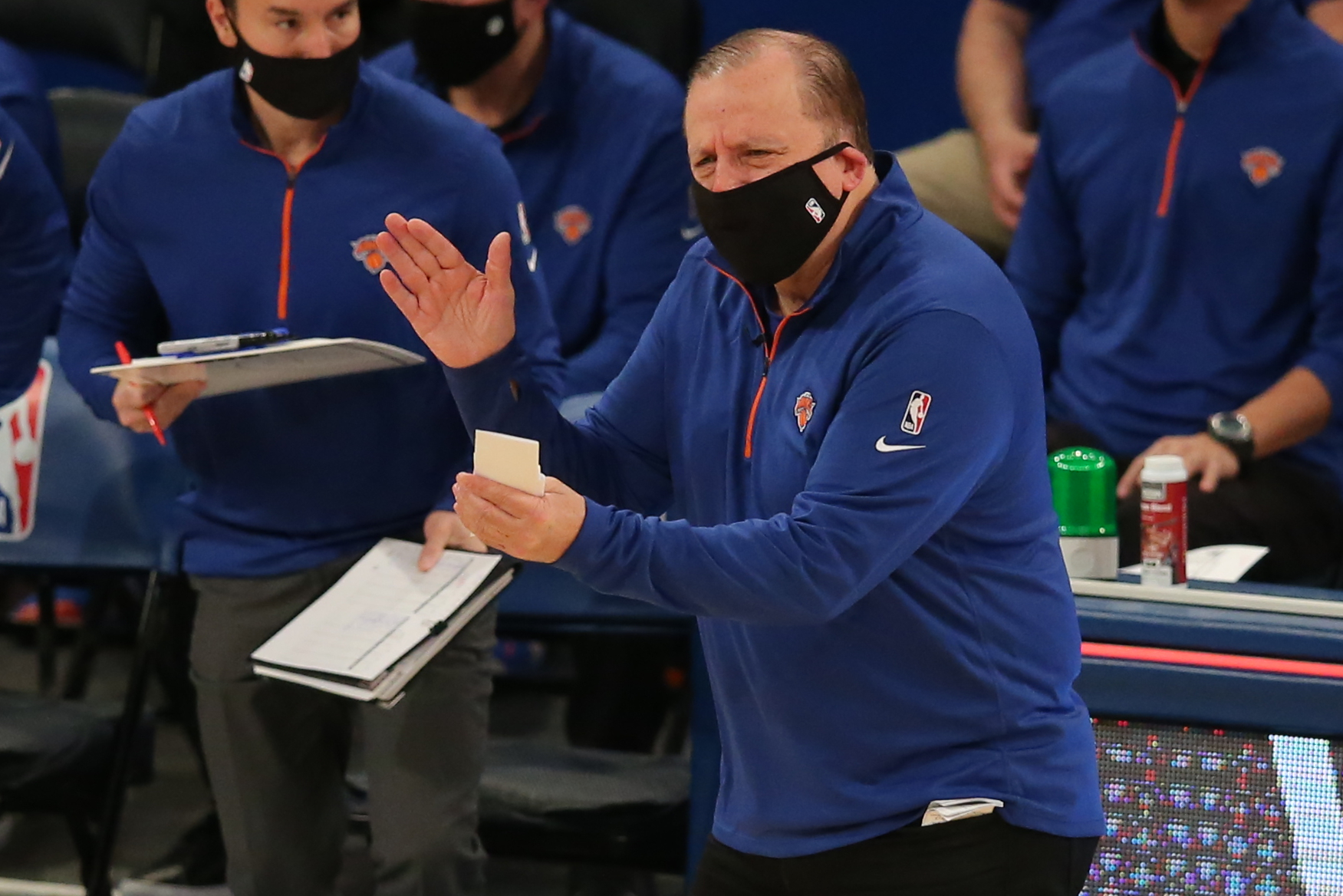 The odds are stacked again against the New York Knicks.

The Knicks have the 19th best odds overall and the 11th best odds in the East to make the playoffs at -135, according to DraftKing Sportsbook.

Crosstown rival Brooklyn Nets are an odds-on favorite to make the playoffs at -20000, followed by reigning champion Milwaukee Bucks (-8000) and the revamped Los Angeles Lakers and Phoenix Suns, tied at -3500.

Despite the Knicks retaining much of their core that finished as fourth seed last season and upgrading their backcourt with Kemba Walker and Evan Fournier, teams that didn’t make the playoffs were listed as favorites above them.

The Los Angeles-based sports analytics service provider said on their website that they measure the strength of schedule (SOS) by estimating how difficult a game or slate of games is based on the opponent’s quality, which is often defined by win percentage, net rating, or points above or below average and other variables such as home team strength, away team strength, rest and altitude at which home team plays.

The Knicks’ schedule will feature 11 back-to-back games where Walker’s balky knee will be a question mark and two back-breaking road trips in February (5-game road swing in West Coast against playoff contenders) and March (7-game road trip: 5 in West Coast sandwiched by road games in Philadelphia and Brooklyn). But the Knicks front office has prioritized depth to mitigate these factors.

This could be arguably the most stacked team Tom Thibodeau will handle since the MVP Derrick Rose-led 2011 Chicago Bulls team he guided to 62-20 en route to the Eastern Conference Finals.

Thibodeau’s projected starting five this season will feature Walker and Fournier at the backcourt and Barrett, Julius Randle, and Mitchell Robinson in the frontcourt with a deep bench led by Rose, who should be an early favorite to win Sixth Man of the Year, and veteran Alec Burks.

The Knicks were never given a chance last season to enter the playoffs, but they defied the 22.5 win odds in the pandemic-condensed 72-game schedule and finished at 41-31. They are pegged as a 42.5-win team this year, with the NBA returning to the regular 82-game schedule.

But with a roster that deep and with Thibodeau, a two-time NBA Coach of the Year, at the helm, it’s hard to bet against the Knicks.