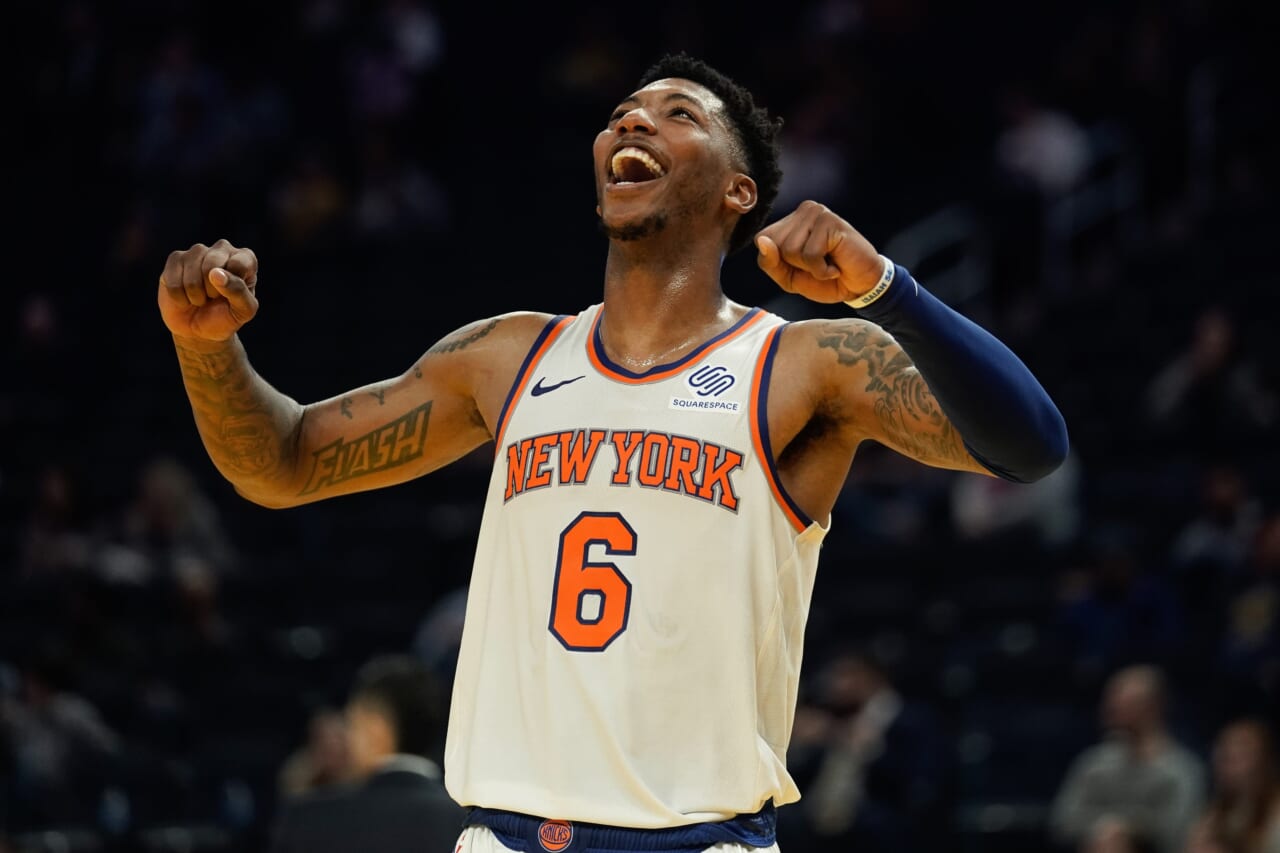 The New York Knicks season seems like it could be turning around for the better.Â  However, the Knicks do have some tough tests upcoming with at Miami then Milwaukee.
But, the Knicks are 3-1 in their last four games.Â  Yes, the 3 wins are against under .500 teams but a winâ€™s a win especially how this season started.
During that stretch, the Knicks lead the NBA in Offensive Efficiency.Â  Theyâ€™re averaging 119.0 points per 100 possessions under Mike Miller.Â  In second place, the Bucks at 118.7, who they play Saturday.
The last time the Knicks faced off against the Bucks it was one of the worst outings fans have ever seen.Â  The game was over as soon as the ball went up in the air.Â  Can this time be different?Â  Possibly because the Knicks do look different under Miller.
When David Fizdale was the coach, the Knicks were last in the league at Offensive Efficiency at 101.9.Â  Even though the players said they backed Fizdale, itâ€™s clear the team is more â€˜a teamâ€™ under Miller.
Itâ€™s a very small sample size, 6 games, and fans shouldnâ€™t make Miller out to be the savior just yet.Â  Knicks fans finally have something to be excited about even if it’s for a short period of time.
This season has been a rollercoaster and the Knicks are actually starting to scratch the surface of this teams potential under Miller.Â  The talent is there, it’s just about execution and ball movement which seems to be improving, for now.
They had chances to win their game last Sunday against one of the best teams in the West, Denver Nuggets.Â  Now they take on the two best teams in the East and fans will truly see new what these new and improved New York Knicks are made of. 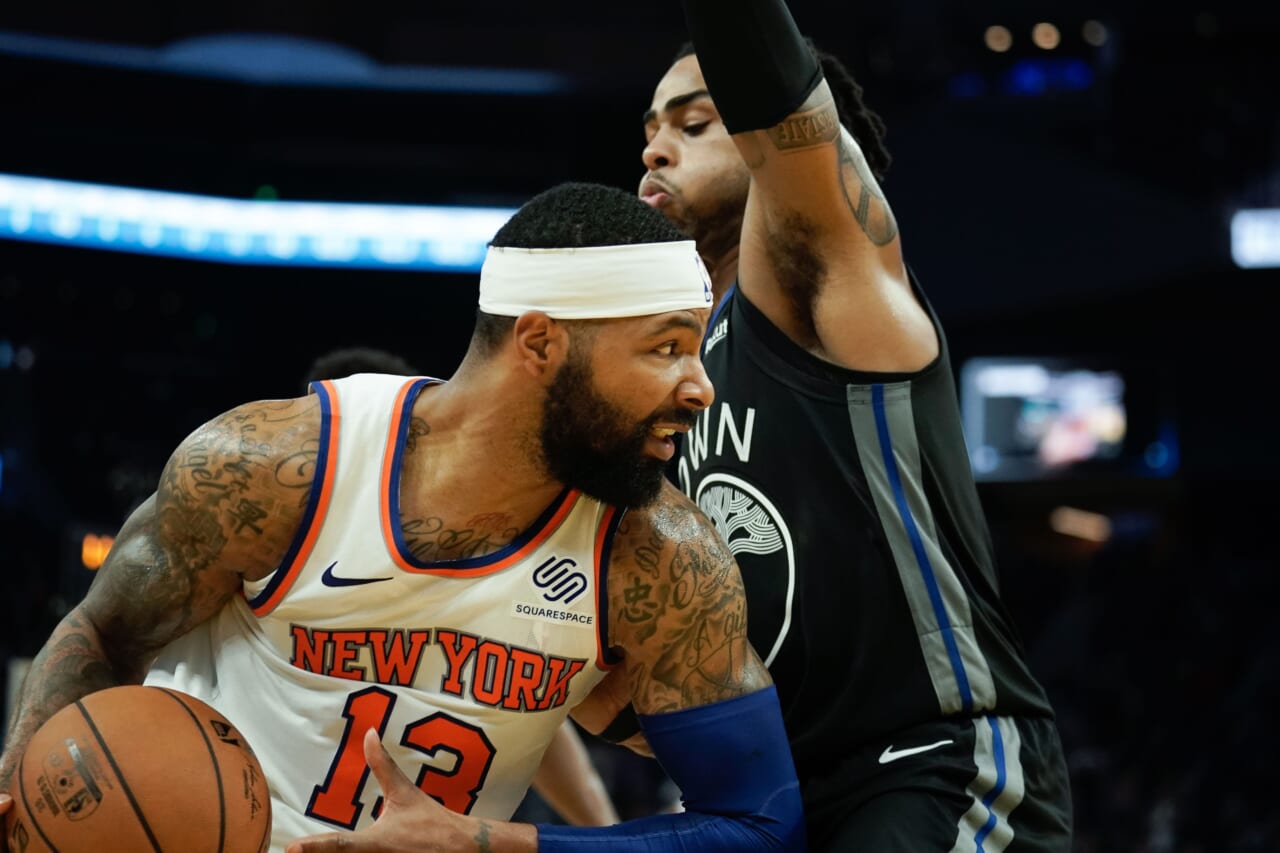 The next stop on the New York Knicks West Coast trip was at Golden State.Â  Despite the Knicks coming off multiple embarrassing loses in a row, they ended their 10-game losing streak.

The Knicks took down the, now, worst team in the league in a overtime, 124-122.Â  The battle of the leagues worst had the Knicks on top and it was nice to finally get a win after that miserable stretch of losses.

Before the game ever started, Knicks fans on Twitter were debating if they should even watch the game.Â  The game being on the West Coast is tough to stay up for, especially the way the Knicks have been playing.Â  However, the die-hards stayed up to watch their team, as bad as they may be.

The only qualm fans will have with this victory is the Knicks blew a 21-point lead.Â  A victory feeling is finally something to be excited about even if it’s one game, but blowing a lead like that should never happen.

Anyway, the Knicks were carried by the brilliant shooting from Marcus Morris and RJ Barrett, both with double-doubles.Â  Barrett was the guy to lean on in the first half then it was Morris in the second half.Â  Morris ended up with 36 points on 10-18 from the field with 5-9 from downtown and 10 boards.Â  Barrett played 46 minutes and had 22 points on 8-16 shooting, 3-5 beyond the arc and 10 boards.Â  He finally came out of his shooting slump after struggling to find his rhythm.

Julius Randle also had a double-double of 24 points on 7-16 shooting, 3-4 from downtown surprisingly and 13 boards.Â  He still won’t stop playing isolation basketball which is the most frustrating thing in the world.Â  But overall, he played well hitting a huge .

The New York Knicks desperately needed this game for the team and interim coach Mike Miller.Â  A win would bring new energy to a team looking for something positive and a new identity.

The New York Knicks looked like a different team.Â  They were upbeat and able to push the ball in transition better then they have in several games.Â  Mainly because of Barrett and Elfrid Payton pushing the pace.Â  There was also more communication then in games past which was lacking under David Fizdale.

The Knicks continue their West Coast in Sacramento on Friday.Â  A winnable game but every game for this team is a battle.Â  If they are to play, like a team, like they did last night there may be hope for this struggling team after all.