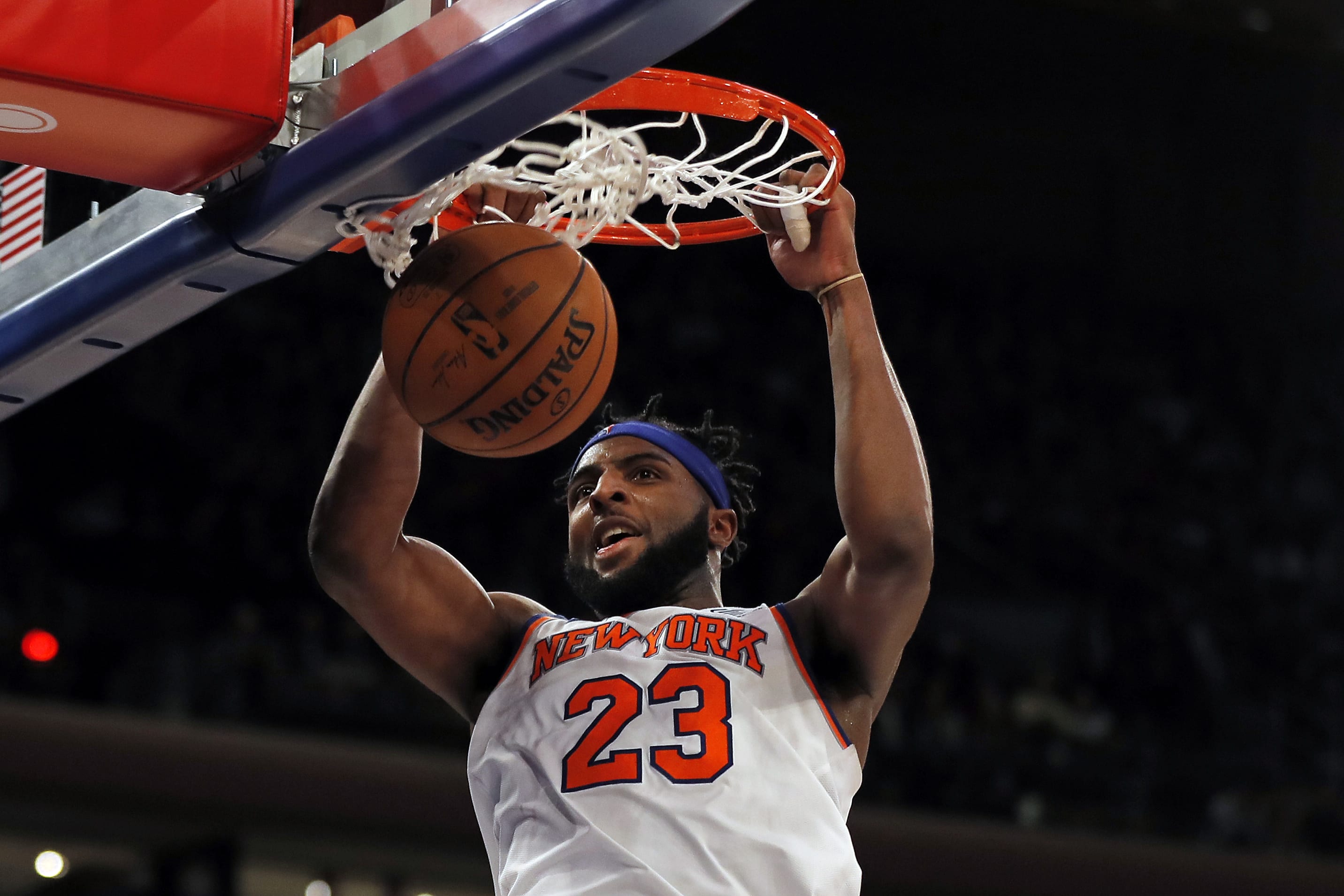 The most efficient method of building a strong team this off-season is simple for the New York Knicks, don’t part ways with significant assets to acquire a player in a trade, but rather utilize available funds to bolster the team while approaching the draft with one impact prospect in mind. Simply put, the Knicks don’t have enough roster spots to field three more rookies as developmental projects, so pairing their selections together and targeting one in a trade-up would be a more beneficial move.

With that being said, President Leon Rose has $50+ million to work with this off-season in addition to his draft selections, meaning the Knicks can easily bolster their squad without selling the farm for a player like point guard Damian Lillard. As attractive as he is, if the front office has learned anything from the Carmelo Anthony trade, it is that one star player cannot win a championship alone. Even Michael Jordan needed Scottie Pippen and Dennis Rodman.

Some might make the argument that Lillard and Julius Randle together would equate a championship caliber team, but they would have little in terms of complementary pieces to work around them. Just look what the Brooklyn Nets accomplished spending money and not giving away valuable draft and personnel pieces.

However, I want to shift our attention over to the frontcourt where the Knicks had issues during the postseason due to a lack of physicality and offensive production. With Mitchell Robinson going down with a fractured foot, head coach Tom Thibodeau was forced to operate with Nerlens Noel and Taj Gibson. While both big men played valiantly, they lacked in specific categories, notably on the offensive side.

Finding another solid center to play alongside Robinson should be a priority for New York this off-season, and one player that stands out is Jarrett Allen, who was traded from the Brooklyn Nets to the Cleveland Cavaliers last year.

According to Bobby Marks of ESPN:

Cleveland could let Allen shop for an offer sheet but unlike Capela, who entered a tough market with few options, Allen is likely to have plenty of suitors, ranging from Charlotte to New York and Toronto.

At 23 years old, Allen averaged 12.8 points, 10 rebounds, 1.4 blocks, and connected on .618 of his shots from the field. At such a young age, Allen has plenty of quality basketball ahead of him, and with Robinson in the final year of his rookie deal, having two adequate options in the paint will give the Knicks plenty of value.

Clearly, it is necessary for a physical team that relies on defense to have two solid big men available, and guaranteeing Allen would stay for multiple years would give the Knicks a bit of comfort if Mitch doesn’t play to expectations this season.

I believe pairing these two together would be a tremendous addition for New York, solidifying their frontcourt alongside Julius Randle. With the work rate that Thibodeau commands, both players could average upwards of 25 minutes per game, keeping both fresh and fatigue-free as the latter portion of the season commences and intensity is turned up a few notches.

Of course, it ultimately boils down to price point, and I don’t believe Allen will command a massive payday, giving the Knicks a good opportunity to grab him off the market early.

What do you think about pairing Mitchell Robinson with Jarrett Allen? Comment below!

Two years later, another Frazier jersey believed to have been worn by the New York Knicks legend during one of their playoffs runs in the early 1970s is up for auction.

The Frazier jersey is among the iconic sports memorabilia items included in the Lelands 2021 Spring Classic Auction.

“The jersey has an interesting story. It was worn by Walt in the early 70s. Our consignor’s cousin was an employee for the Knicks at that time. He told us that each player has to hand in their jersey at the end of the season in order to pick up their [playoff] cheques,” Lelands director of acquisitions Jordan Gilroy told Empire Sports Media.

The consignor’s cousin was in charge of collecting the Knicks jerseys before turning it over to the late Danny Whelan, the team trainer for the Knicks’ two NBA championships.

The jersey’s tags are still intact, with Cosby size 46 and wash tag in the neck, partially stitched into the name’s lettering on the back. New York is stitched across the chest in individual lettering, number 10 on front and back, all in orange-on-blue tackle twill, while the name on the back is all blue. There is a minor stain on the left shoulder and a light pencil-written number 46 near the left armpit, possibly because the size was partially obstructed in the collar tag.

Another auction centerpiece is a fantastic collection of Buffalo Sabres memorabilia, headlined by the actual puck from the very first goal in franchise history and game-used sticks from the team’s 1975 Stanley Cup Finals appearance. Additional highlights include game-worn jerseys and other gear from Sabres greats Dominik Hasek, Tim Horton, and Roger Crozier.

Also on the auction block is Steelers Hall of Famer Jack Lambert’s personal collection, including game-worn gear and awards. The trove even features his teeth holder from his Steelers locker, where he put his fake teeth before each game.

The auction also sports a wide variety of impressive pop culture and historical memorabilia, including a Whitey Bulger archive of handwritten letters and the last known photos of him.

To bid for the Frazier jersey and other memorabilia items in the Lelands 2021 Spring Classic Auction, visit https://auction.lelands.com/Lots/Gallery.