The New York Islanders drafted Josh Ho-Sang with the 28th overall pick in the 2014 NHL Entry Draft. It seemed like a sure-fire hit, as Ho-Sang ripped it up in the OHL and the GTHL U16. Sadly, Josh Ho-Sang never reached his first-round potential. It seemed like in 2016 that he was about to hit his stride and make a name for himself in the NHL. He was one of the most excitable players on the Islanders, behind Tavares, of course. But, his exciting play does not equal good performances, and it certainly doesn’t make up for office actions.

Ho-Sang’s attitude has prevented him from being a star, and it was one of the main reasons he got picked so late in the draft. Recently, Ho-Sang was dropped from his SHL team due to a lack of talent and preparation. What’s next for the young forward?

Josh Ho-Sang cannot be on the Islanders for another minute, even a minute seems like I’m pushing it. The Islanders preach no turnovers, with hard checking and tight defense. Ho-Sang literally does none of these. He’s almost always turning the puck over in the offensive zone because he tries to do too much. If Ho-Sang just used his teammates and skated off the puck better, and actually played sound defense, he would be a good top 9 forward in the NHL.

Barry Trotz and his current staff is the best coaching staff in the entire NHL. But, Ho-Sang needs a different type of coaching/system. He needs to go to a team like the Coyotes or the Jets where he can just let his natural talent flow. He’s a good player, everyone knows he is, but he needs to act like he wants to play. Come to training camp on time, never oversleep, be a good teammate, and do not criticize the organization he’s with. Every Hockey fan is rooting for Ho-Sang to become who he should be, but he needs to help himself. 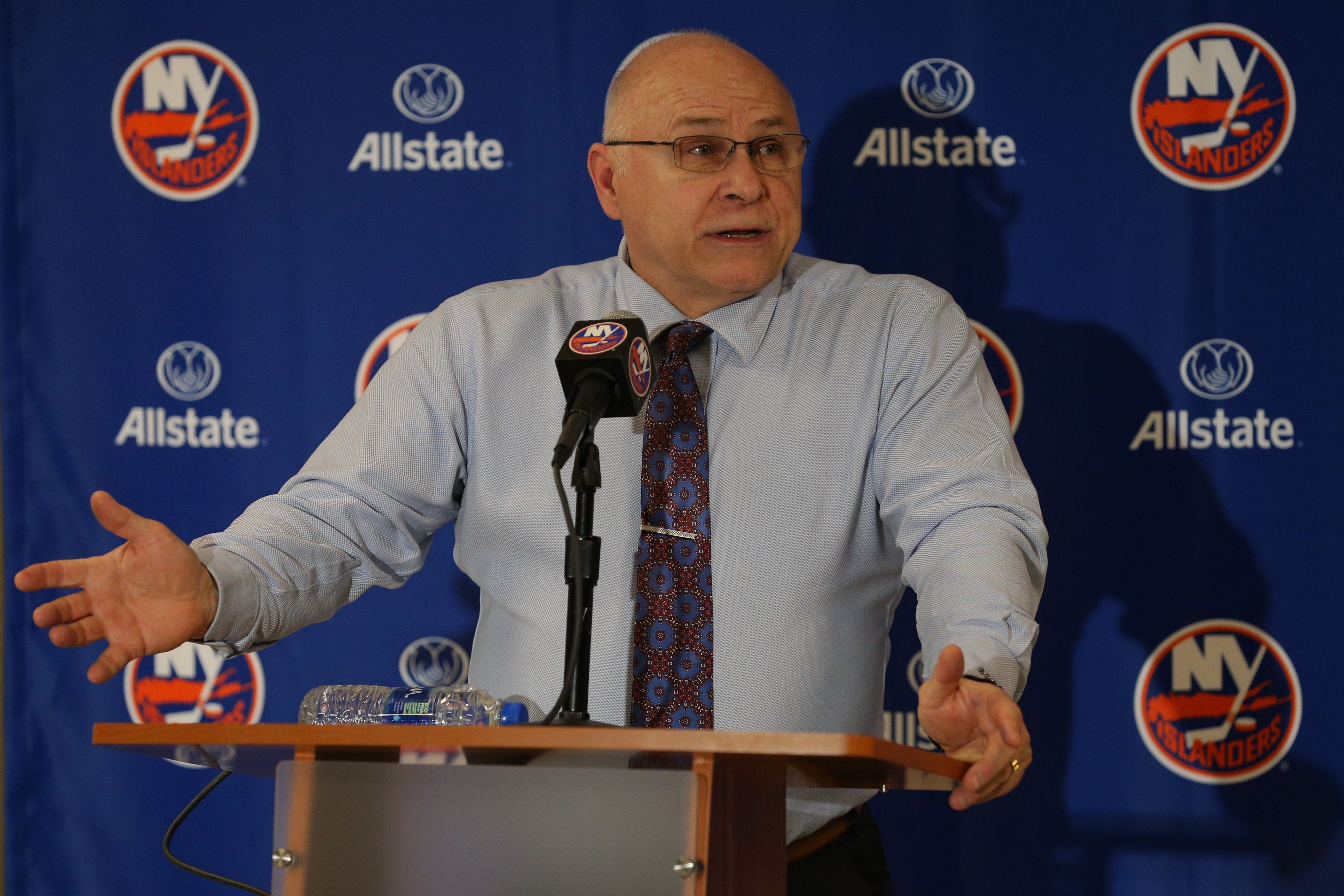 New York Islanders‘ general manager, Lou Lamoriello has done it again. Lamoriello has settled Ho-Sang’s arbitration and boy did he get a good deal done.

Most times the team is at a disadvantage  during arbitration hearings. Lamoriello decided to take matters into his own hands and sign him before the hearing.

The Islanders re-signed Josh Ho-Sang to a one year deal worth $700k. Lamoriello signed a diamond in the rough for the league minimum.

This is why Lamoriello is the best general manager in Hockey. He re-signed a possible solid young piece for an insanely cheap amount. As Ho-Sang gets back on board for at least another year, what does this mean for him going forward?

It’s a stipulation that means the players’ contract is dependant on which league he plays in. If Joshua Ho-Sang plays in the AHL this year, he is only owed $250k.

The Islanders have major cap space issues, and Ho-Sang almost caused a riot if he got to his court hearing date. Arbitration hearings are what got Devon Toews traded, one can only imagine what Lamoriello would’ve done if he couldn’t reach a deal before this date. Joshua Ho-Sang will play all of this year in the AHL, and then the Islanders will have to reevaluate him.

Who Are They Resigning?

This version of Ho-Sang must be the best version of Ho-Sang. Lou Lamoriello has already stated what he thinks of him, and it’s not too positive. Ho-Sang is a bust, and there’s no way around that. He had that one exciting year in 2016, but never improved on it. Ho-Sang always had silky mitts and a great offensive mind, but he doesn’t fit this system. He almost never backchecked let alone forechecked.

This is why he’ll never make the Islanders, he doesn’t play defense. Although there may be a lot of negatives in his play, it is worth a shot to sign him to a minimum deal and see him maybe breakout. The Islanders did a great job developing some of their younger players as of late, it’s worth a shot to see how Ho-Sang turns out.