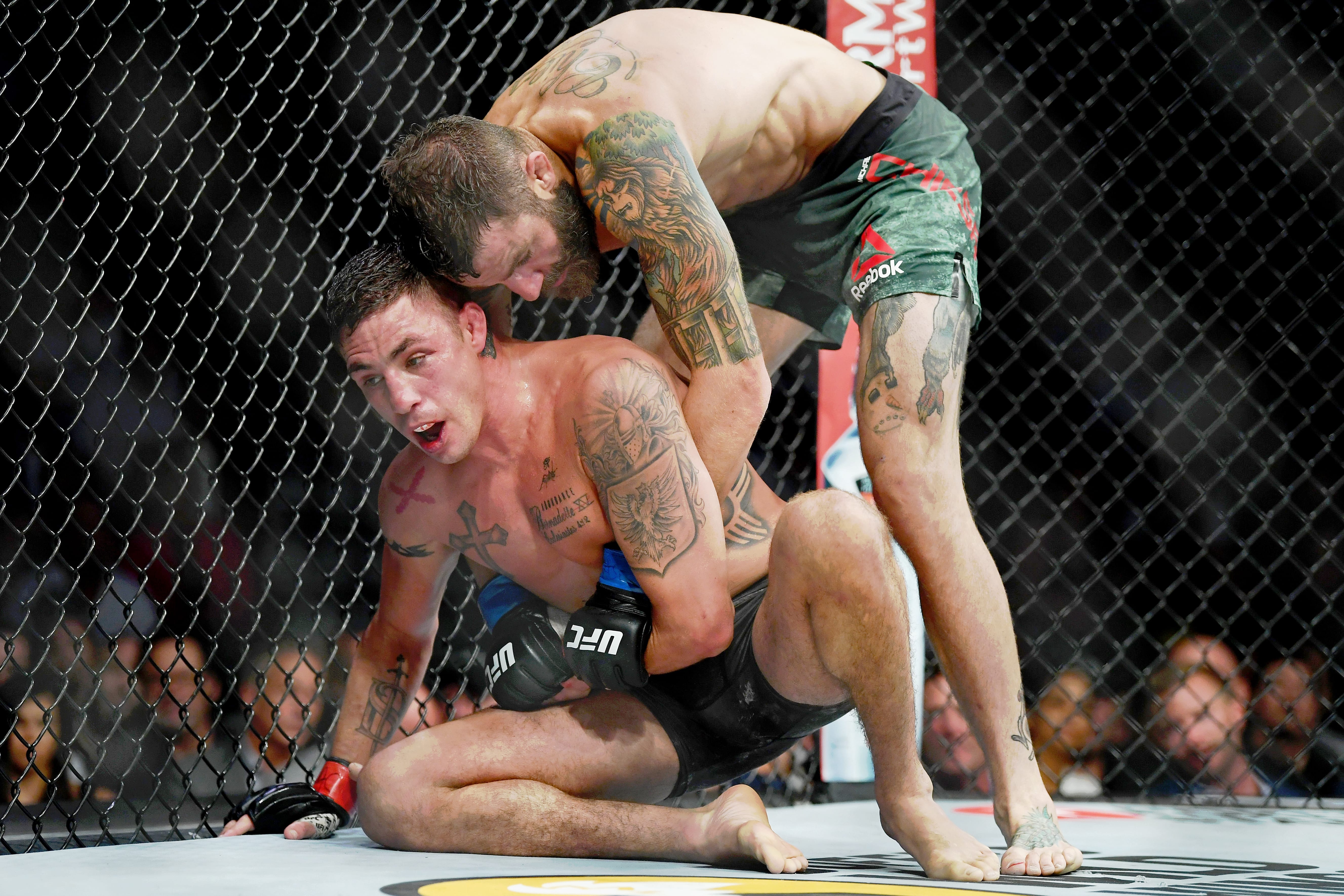 Just when you thought we were done with this whole UFC situation with Diego Sanchez (30-13) and Joshua Fabia. Today, we learned of another wrinkle in story that continues to gain more and more legs as the days go on.

Let’s start at the beginning. Several weeks ago now, it was announced that Diego Sanchez was out of his UFC Vegas 26 fight against Donald Cerrone. The reasons were not very clear at the time as to why Sanchez was pulled from the fight.

Following that news, Diego Sanchez started posting videos on his Instagram of interactions with UFC staff. First, Sanchez leaked a commentators meeting that took place back on Fight Island when the commentators were confronted by his coach Joshua Fabia.

Following that, Sanchez and Fabia released audio of Fabia’s call with UFC lawyer Hunter Campbell. After all of this, the UFC released the original Ultimate Fighter winner and paid him his show and win money for his final fight.

Throughout this whole ordeal, fellow fighters have begged Sanchez to separate himself from Joshua Fabia. Well, the UFC veteran announced in the last few days that he had cut ties with Fabia completely.

However, you had to know that we’d hear from Fabia. Fabia appeared on Behind The Scene with Summer Helene today where he revealed some incredible stuff including the fact that he says Diego Sanchez was forced to throw his UFC 239 matchup against Michael Chiesa.

Well done to @SummerHelene for challenging Joshua Fabia about his perspective on Diego Sanchez and the UFC…still incredible to hear his absurdities none the less. pic.twitter.com/sqP9QyPBfp

Was Sanchez forced to throw his fight at UFC 239?

Fabia said of UFC 239, “So, this moment happens where the Nevada State Athletic Commission comes in and leans on Diego, and he has to throw a f*cking fight. I have them recorded. You go watch the fight, and it’s the only fight in Diego Sanchez’s history that he never threw a punch.”

“The way that they did it, is in the lean, which is in talking to somebody and dangling their license and explaining, ‘Are you really trying to hurt this man? You’re not trying to hurt him, are you Diego? You’re a sportsman, Diego. You’ve always been a good guy, Diego.”

Of course, Sanchez lost a lopsided decision to Michael Chiesa that night. I don’t believe for a second that the Athletic Commission asked Sanchez to throw his fight at UFC 239. I do on the other hand believe that Joshua Fabia is a complete hack.

Later in the interview, Fabia said that he believes that Sanchez took advantage of him during their professional relationship. Listen, if anyone was taken advantage of, it was Diego Sanchez. I’m sure we will learn more about this story, but this was remarkable.

Unless you’ve been living under a rock over the past month, you’ve probably heard about the fallout between the UFC and Diego Sanchez (30-13). Sanchez is one of the original Ultimate Fighter winners and he’s spent the vast majority of his career with the UFC.

The Nightmare was gearing up to fight Donald Cerrone at UFC Vegas 26. The fight with Cowboy was supposed to be Sanchez’s retirement fight. However, shortly before the fight, it was announced that Sanchez was off the card.

This news sparked a series of events that gave us an insight as to what was going on. It all started when Sanchez’s coach Joshua Fabia requested all of Sanchez’s medical records since he made his debut with the promotion.

Fabia stated that he wanted them to be able to see the impact to Sanchez’s health after a career in the UFC. Keep in mind that the medical records and medical tests that are passed before the fights run through the athletic commissions.

The situation didn’t feel right to the UFC and as a result, they just decided to cut ties with Sanchez. They released him, but they paid him his full purse for UFC Vegas 26 despite the fact that Sanchez was no longer going to be competing.

After this, Sanchez and Fabia released footage of a confrontation from Fight Island where Fabia confronted the UFC commentators. After that, they released audio of a phone call with the UFC‘s lawyer Hunter Campbell.

The MMA community and specifically fighters in the UFC have begged Sanchez publicly to get rid of Joshua Fabia. Fabia is the ‘Founder’ of the School of Self-Awareness and he’s shown off some bizarre training methods with Sanchez.

In reality, it’s almost looked like Sanchez was brainwashed. UFC President Dana White has openly said that he supports Diego Sanchez and will always answer if he calls. However, he will never give Joshua Fabia the time of day.

Throughout everything, Sanchez had stuck by Joshua Fabia. Well, that changed today when the former Ultimate Fighter told MMA Fighting that he’s cut all ties with Joshua Fabia. Sanchez also said he’d be making a statement next week after having some time to gather his thoughts.

If I’m being transparent, I’m extremely happy that Diego Sanchez got rid of Joshua Fabia. Perhaps this can assist in mending his relationship with the UFC. Either way, it appears we’ve seen the end of this Diego Sanchez – Joshua Fabia drama.