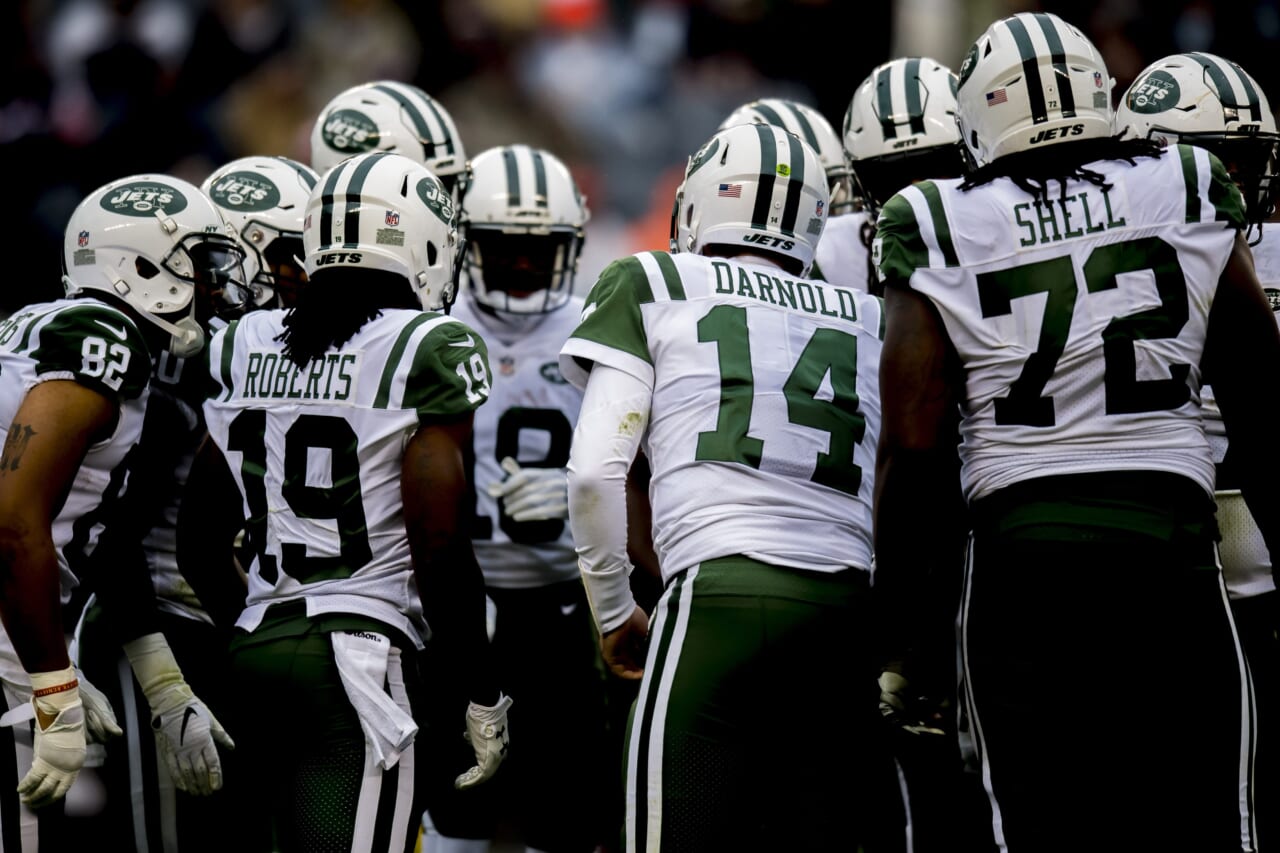 One positive part of cut day and a high waiver wire slot is the infusion of new talent into the roster. That became apparent with when the New York Jets added a new defensive lineman primed to become a key rotational piece.

Myers played at Stephen F. Austin University and played a big role for the squad. He had a great college career and decided to opt for the NFL Draft. After a really good pre draft process, Myers was selected by the Los Angeles Rams in the 4th round of the 2018 draft. Myers was supposed to be nothing more than a rotational piece that could eventually make an impact. Myers had 2.0 sacks in his rookie season, 10 tackles, 1 FF and a FR. He exceeded expectations and impressed the team on and off the field. He was able to open up holes for Donald and other Rams edge rushers like Dante Fowler. Myers played a big role that stats donâ€™t account for. One thing stats do account for is his sack in the biggest game he may ever play in (the Super Bowl) on one of the greatest to ever play the game (Tom Brady). Myers is a great locker room presence off the field as he was awarded the teams rookie of the year award. Myers is a good presence to have on and off the field for Gang Green and itâ€™s questionable why the Rams would release such an ascending talent.

How Will John Franklin Myers Fit With The Jets

Myers is a talented piece to add to the New York Jets locker room on and off the field but how will he fit in the Jets defense? Well, first things first, Gregg Williams loves to have a large group of talented and versatile defensive linemen. Williams like to keep them all fresh by rotating them in and out to make sure the best and freshest players are on the field at all times. Myers is a young talent similar to Henry Anderson who the Jets acquired last year from the Colts. He didnâ€™t have a role but his youth and pass rushing ability allowed him to be a key piece for the Jets. Iâ€™d expect to see Myers fill a slightly smaller version of the role Anderson played last season.

Getting A Young Talent Is Great

Ultimately the Jets will provide John Franklin-Myers and opportunity to do his thing. If he fails then the Jets will have at least tried to give him a shot. If he succeeds he has the potential to be a key piece of the Jets defensive line for the long haul. Getting a 22 year old freak of nature who is a great locker room presence, has patience and is unselfish is a great asset to any squad. The Jets released an early rounder with supposed high potential on Saturday to some questioning by fans. Polite, the player Iâ€™m alluding to was a locker room issue without even playing a meaningful snap of football, he was selfish and careless. Franklin-Myers has already proven heâ€™s unselfish and willing to do whatever it takes to help the team win and reach his full potential. Adding him was a great move. 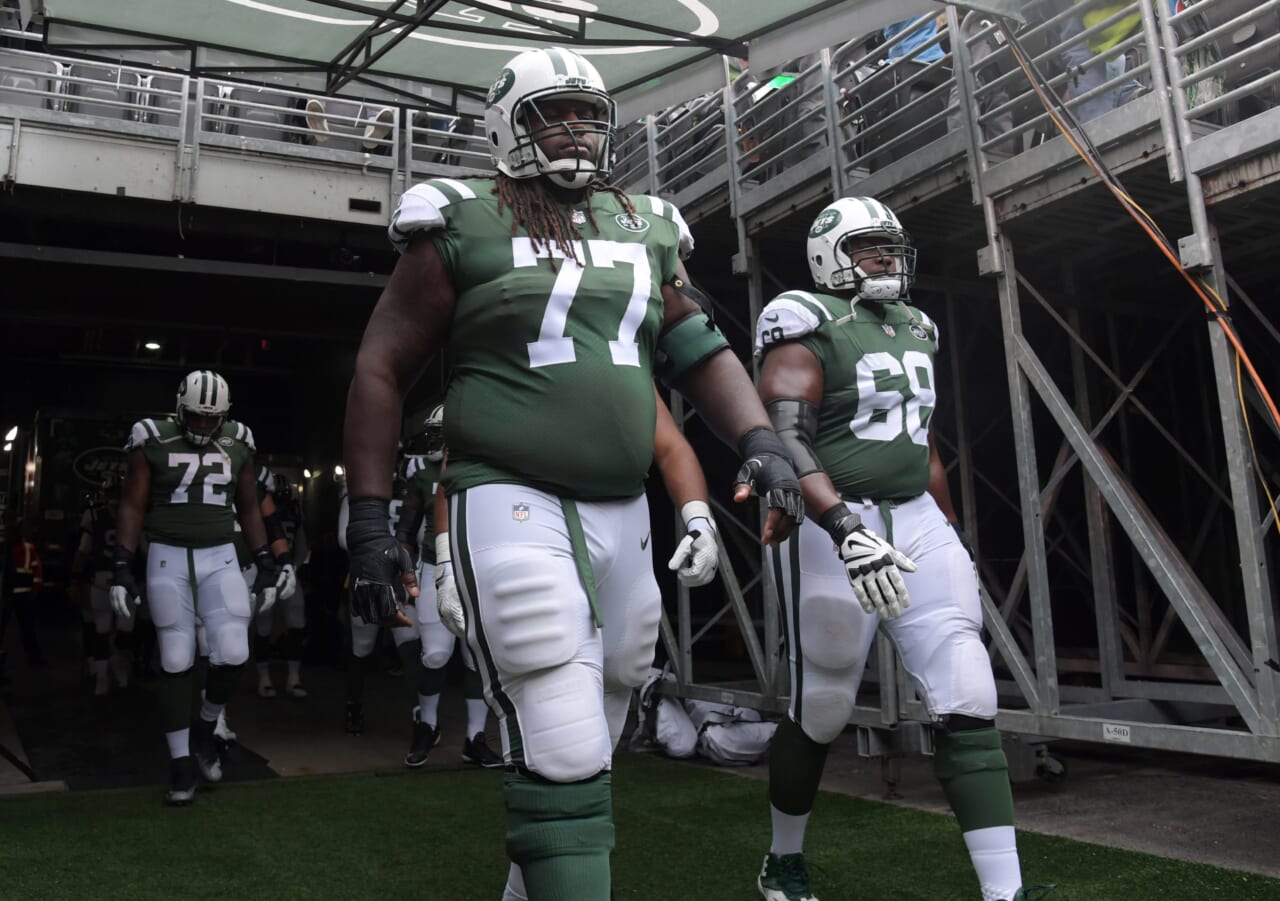 On Saturday the New York Jets assembled their 53-man roster and they acquired some interesting pieces through waivers. The New York Jets enter the season with a roster that oozes talent but lacks depth. Expect at least two of the four pickups to play a big part on the Jets and contribute to a potentially great season of Jets football.

Bennett Jackson is a former 6th round pick of the New York Giants back in the 2014 NFL draft. Bennett has experience playing both cornerback and safety and provides depth and versatility for the Jets secondary. Bennett hasnâ€™t played a regular-season game in his five-year career but has been solid in preseason.

The New York Jets have potentially found their new kicker for the 2019 season in Kaare Vedvik. The Norwegian native was released from the Minnesota Vikings weeks after being traded for a 5th round pick from the Baltimore Ravens. The New York Jets have expressed interest in Vedvik over the last two seasons, but they never were able to materialize a trade for him. Over the past two seasons, Vedvik has been a preseason standout and has garnered the attention of many executives around the league. Vedvik is also special because of his ability to be an effective punter as well. If Vedvik can kick for the New York Jets the same way he was in Baltimore the Jets will have found their kicker for the next couple of years.

John Franklin-Myers is a former 4th round pick of the Los Angeles Rams and special teamsâ€™ standout. JFM is defensive end who was arguably the Rams best special teams player last year. JFM has shown flashes of being a solid player in the league racking up 10 tackles and 2 sacks in 2018 as well as forcing a fumble against the New England Patriots in last years super bowl. JFM was a fan favorite in Los Angeles last year and won team rookie of the year.

Berrios is a former 6th round pick of the New England Patriots in 2018 who played wide receiver for the University of Miami. Berrios will be an essential part to the New York Jets this year as he will be their punt returner following the release od Greg Dortch. Berrios averaged 10.4 yards per return in college and has one return touchdown.