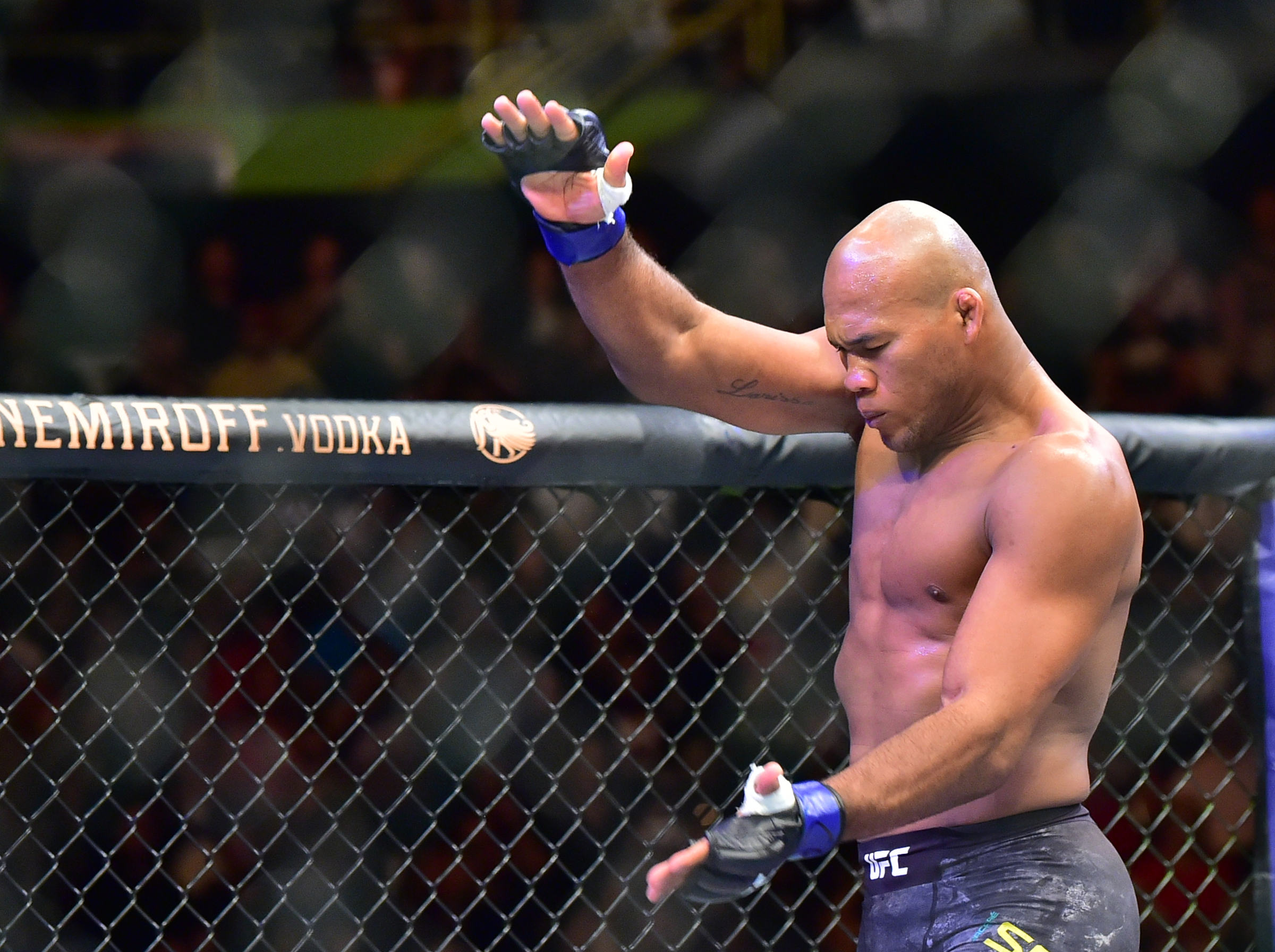 The UFC has finalized a fun middleweight matchup that will take place in May. Combate was the first to report that the promotion was finalizing a matchup between Brazilian middleweights, Jacare Souza (26-9, 1 NC) and Andre Muniz (20-4).

The matchup will take place at UFC 262 in Houston. For Muniz, this is a massive opportunity for him to fight a legend of Brazil. Muniz will be making the walk for the third time in the UFC on May 15th.

In 2019, Muniz appeared on Dana White’s Contender Series. He earned himself a contract with the UFC with his submission victory over Taylor Johnson. Since joining the promotion, Muniz is 2-0.

In his last fight back in September, Muniz submitted Bartosz Fabiniski in the first round by armbar. The submission victory was the thirteenth submission so far in the career of Muniz. With his skills on the ground, it should be a fun matchup at UFC 262.

Ronaldo “Jacare” Souza is a legend in MMA. The former Strikeforce middleweight champion has fought some of the best in the world and he holds many impressive victories during his career.

However, Jacare has hit a bit of a rough patch. His last fight came back at UFC 256 where he was knocked out by Kevin Holland. That loss was the third loss in a row for Jacare Souza. He’s 1-4 in his last five.

At 41 years old, we could be nearing the end of the line for Jacare. If he cannot pickup the win at UFC 262, this might be the last time we see Jacare inside the octagon. Both men have a lot on the line on May 15th which should make it a fun matchup. 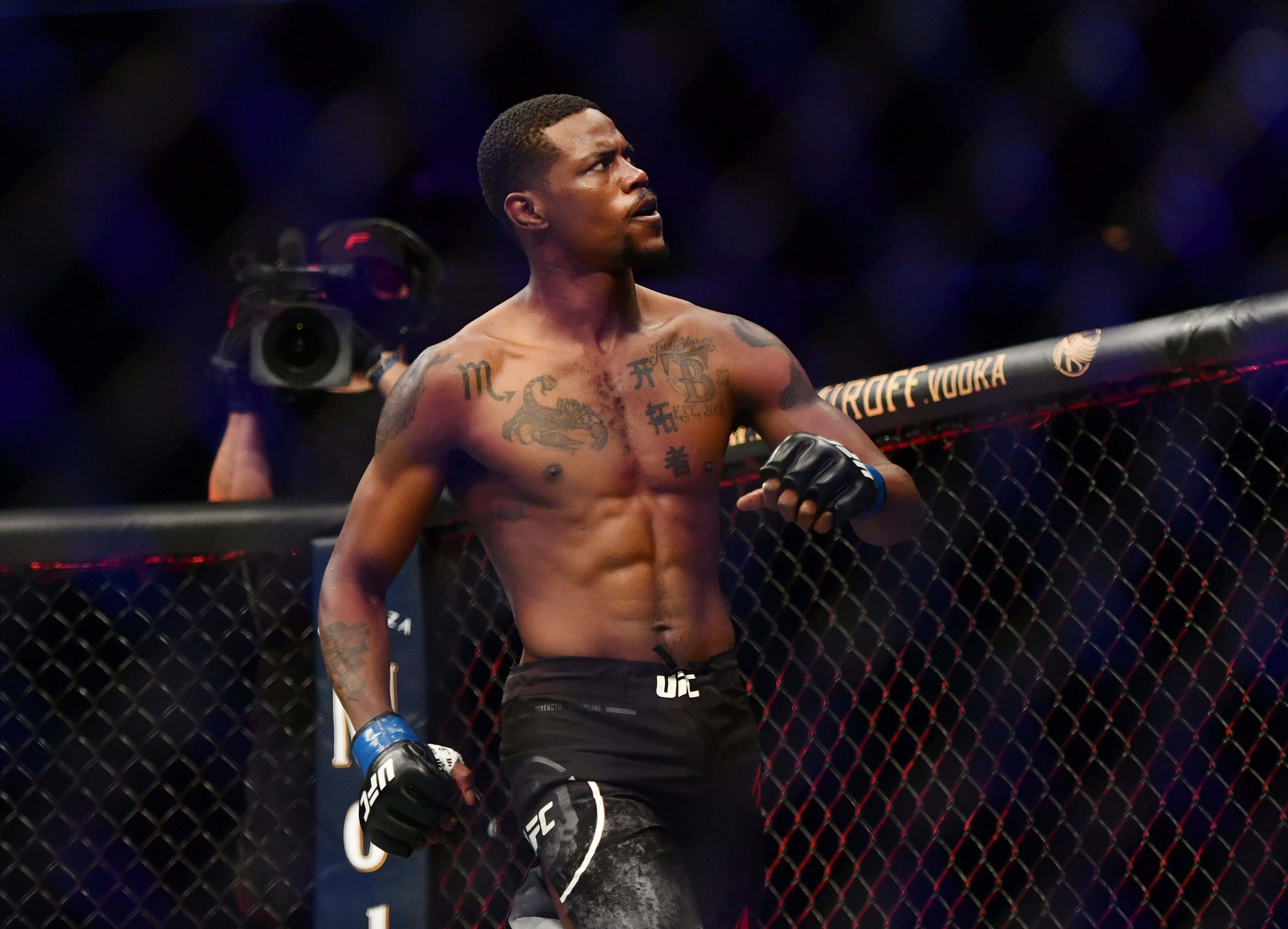 Holland was originally supposed to face Jack Hermansson a couple of weeks ago. However, he tested positive for COVID and the UFC moved him back to face Jacare. I personally thought that Jacare would be able to get him down and give him problems in their fight.

At UFC 256, the opening moments looked like I was going to be right. Jacare was able to catch a low kick from Holland in the opening seconds and take him down. Once on the ground, Jacare was supposed to have a massive advantage.

One of the things that makes Holland so marketable is his talking inside the octagon. Jacare had him down and blasted him with a couple of massive shots. To those shots, Holland said to Jacare, “Those are great Jacare. I had a dream about this!”

To that, Jacare smiled back at Holland. However, he wasn’t smiling for very long. From his back, Holland whipped a right hand that hit Jacare on the forehead. The shot dazed Jacare and Holland got up and blasted him with a few additional shots to close the show.

The UFC’s next star?

Kevin Holland has put himself on the map here in 2020. The great thing for the UFC is the guy is extremely marketable. He has an incredibly fun fighting style and the guy knows how to sell himself.

Not only is he entertaining while inside the octagon, he puts on a complete show from the walkout to the fight. At UFC 256 he was rapping to the security guard as they walked to the cage. Then proceeded to dance with Jacare before the fight started.

Kevin Holland is knocking on the door of stardom at the moment. The guy just has that it factor about him. He has everything you want in a fighter that you want to market and he’s down to fight anyone at anytime.

After he defeated Jacare, he called out Khamzat Chimaev for a fight this Saturday night. Of course that fight won’t happen, but you have to love the energy from Kevin Holland. I’m very excited to see what 2021 has in store for the UFC middleweight.

It’s turned out to be a game of middleweight musical chairs in the UFC today. Originally, Kevin Holland (20-5) was set to take on Jack Hermansson next weekend in the card’s headliner.

However, it was reported today that Holland tested positive for COVID-19. Thus, the UFC had to move in a different direction. Marvin Vettori was originally scheduled to fight at UFC 256 against Jacare Souza (26-8, 1 NC).

The promotion went to Vettori and asked him to substitute for Holland. After both fighters agreed, the UFC booked a new headliner for next weekend featuring Vettori and Hermansson. However, that left Souza and Holland without opponents.

Well, on tonight’s UFC Vegas 15 broadcast, the promotion announced that Holland will be fighting Jacare Souza at UFC 256. So in the end, Vettori and Holland just ended up swapping places to keep the fights together.

Kevin Holland is on the shortlist of guys who could make the claim that they are fighter of the year. Holland has won all four of his UFC fights in 2020. He’s looked sensational and he’s knocking on the door of the top 15.

A win at UFC 256 over Jacare would put him at 5-0 in 2020 while giving him the biggest win of his career in terms of name. The PPV will be the first time that we’ve seen Jacare since he lost a split decision to Jan Blachowicz last November.

Souza decided to move up to light heavyweight and had a competitive fight with the now champion. However, Souza decided that he wanted to move back down to the UFC‘s middleweight division.

At 40 years old, there’s no telling on how many fights Jacare has left. One thing is for sure and that is that he’s hungry to snap his two fight losing streak. Jacare only has one win in his last four and that was his knockout over Chris Weidman. 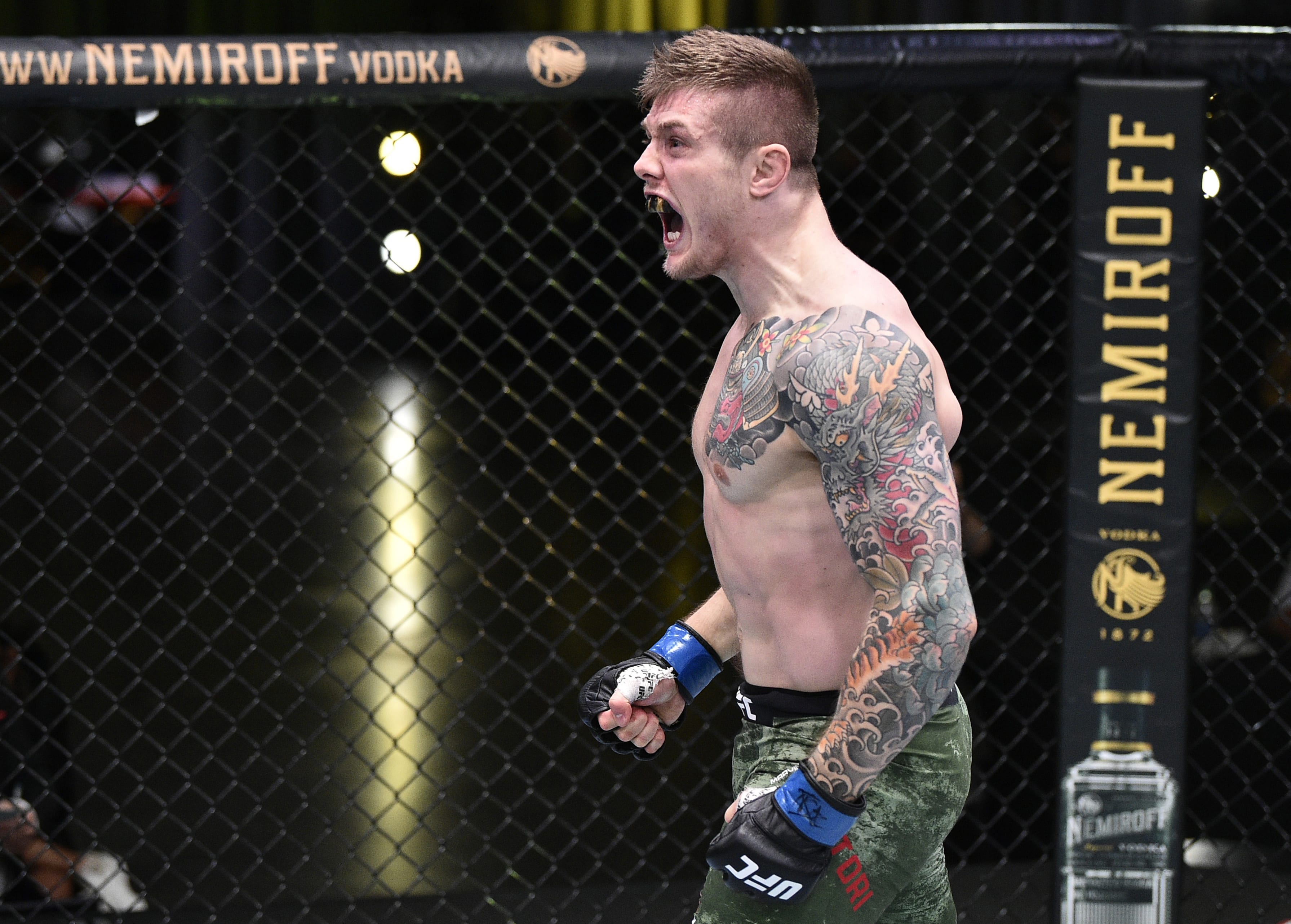 The Italian Dream will finally get a big time name in his next UFC contest. Marvin Vettori (15-4-1) is riding a three fight winning streak since fighting to a split decision loss to the current champion, Israel Adesanya. Vettori has looked very solid inside the octagon.

We last saw Vettori when he took on Karl Roberson back at UFC on ESPN 10. That night, Vettori submitted Roberson in the first round of their fight. Since that victory, Vettori has been calling for a big time name in the UFC‘s middleweight division.

However, the promotion struggled to get him a fight. Recently, it was thought that Vettori would be taking on Omari Akhmedov, however those plans have seemingly changed. Vettori’s coach said that the current plan is to take on the legend Ronaldo “Jacare” Souza (26-8, 1 NC) at UFC 256.

For Jacare, the fight with Vettori will mark the first fight for him in 2020. The last we saw of Jacare in the UFC was last November when he took on current light heavyweight champion, Jan Blachowicz. That night, Souza lost by split decision.

Souza will walk into the cage on December 12th at 41 years old. It is pretty clear that he doesn’t have many fight left in his UFC career. However, he can still hang with the best of them as he showed in his last UFC contest.

He still possesses elite skills on the ground, and he can hold his own on the feet. This will be a big test for the Italian Dream. Vettori has been looking for that UFC win that will put him on the map when it comes to the MMA casuals.

He’s been searching for that signature UFC victory. If he can pick up his fourth consecutive win in the UFC and do it against a guy like Jacare, it will say a lot about the path Vettori is on. Who knows, maybe one day he could run it back with the champion.