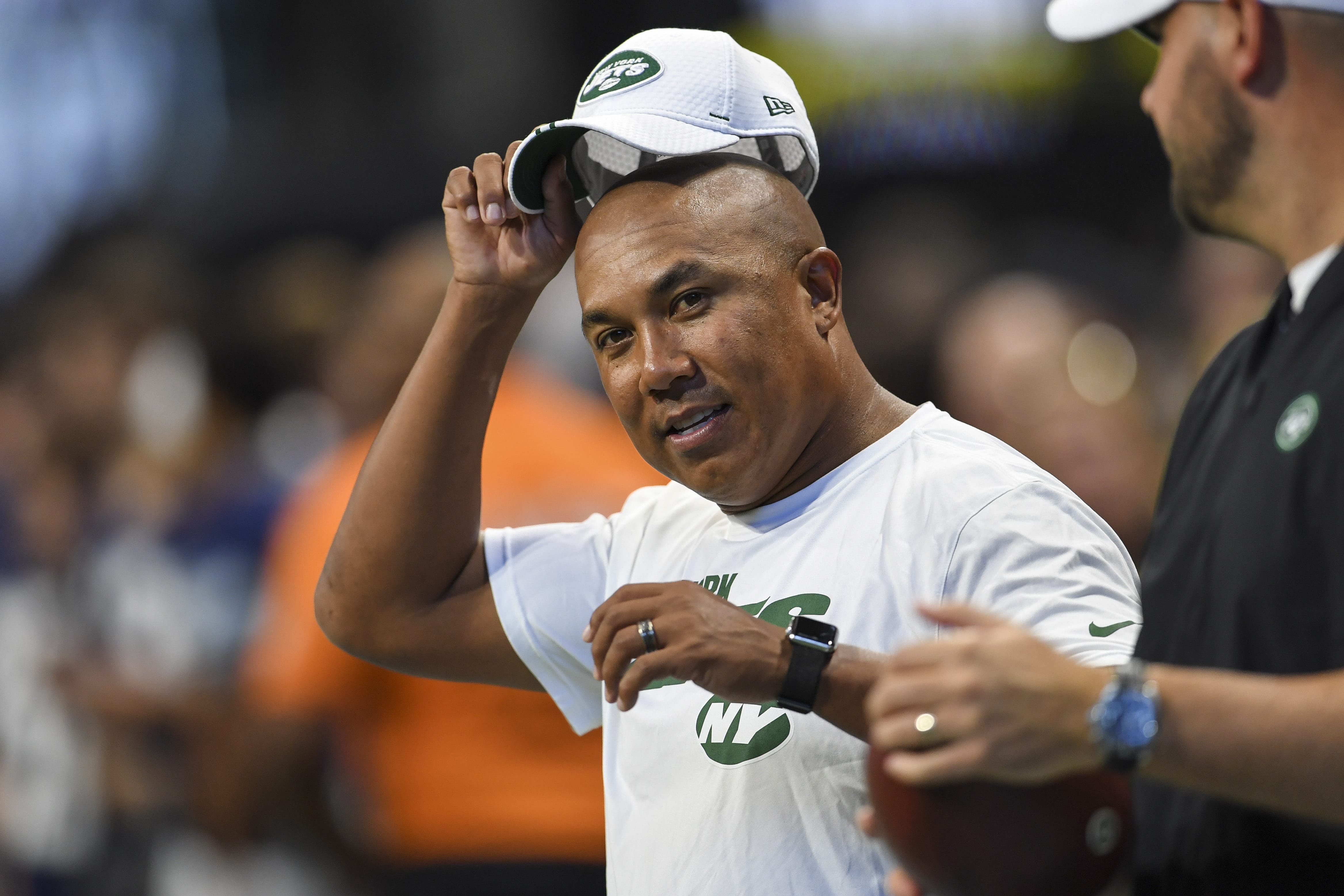 A rising star on the coaching staff for the New York Jets:

Let me take you back to 2006. The Pittsburgh Steelers played the Seattle Seahawks for the Lombardi Trophy. The MVP recipient in that win, the epitome of what it meant to be a Steeler, and the legendary receiver Hines Ward, was a key piece in that Super Bowl run and the victory.

He was clutch and displayed leadership on and off the field. Now, Hines Ward is on a different sideline. At 44, Hines Ward has traded his Yellow and Black for Green and White, and as he enters his second season coaching, the Super Bowl champion has already been labeled a rising star.

Hines Ward was brought in as an offensive assistant, but his role was more than that. Ward worked with many of the receivers on the team but was also named a key player in the development of Robby Anderson’s route tree this past season. When the Jets beat the Steelers in Week 16, the Jets’ celebration centered around Hines Ward.

The team rallied around Hines and his impact was apparent at that moment. As Joe Douglas has preached building, “One of the best cultures in sports,” Hines Ward is a culture changer. Coming from a winning organization, Ward is the guy these players can look to for advice on how to get to a championship-caliber level. Changing a culture from losing to winning isn’t easy, but having guys like Ward around can make the transition much more feasible.

As I just hit on, Ward can play a part in being a culture changer, he’s a leader and an educated offensive mind. This offseason, despite limited experience coaching, he was reportedly considered for several WR Coach opportunities.

Ultimately, Hines Ward has remained with the Jets, but if execs have taken note of what he did in year one, his reputation as a coach will only begin to preside his reputation on the field. Ward will only continue to grow into his role and excel. With more opportunities likely in his future, don’t be surprised to see the former NFL super-star receive a promotion within the organization or elsewhere in the next year or so. The Jets should take note of his talent and groom him. Who knows, the former talent on the field could end up being even better off it. 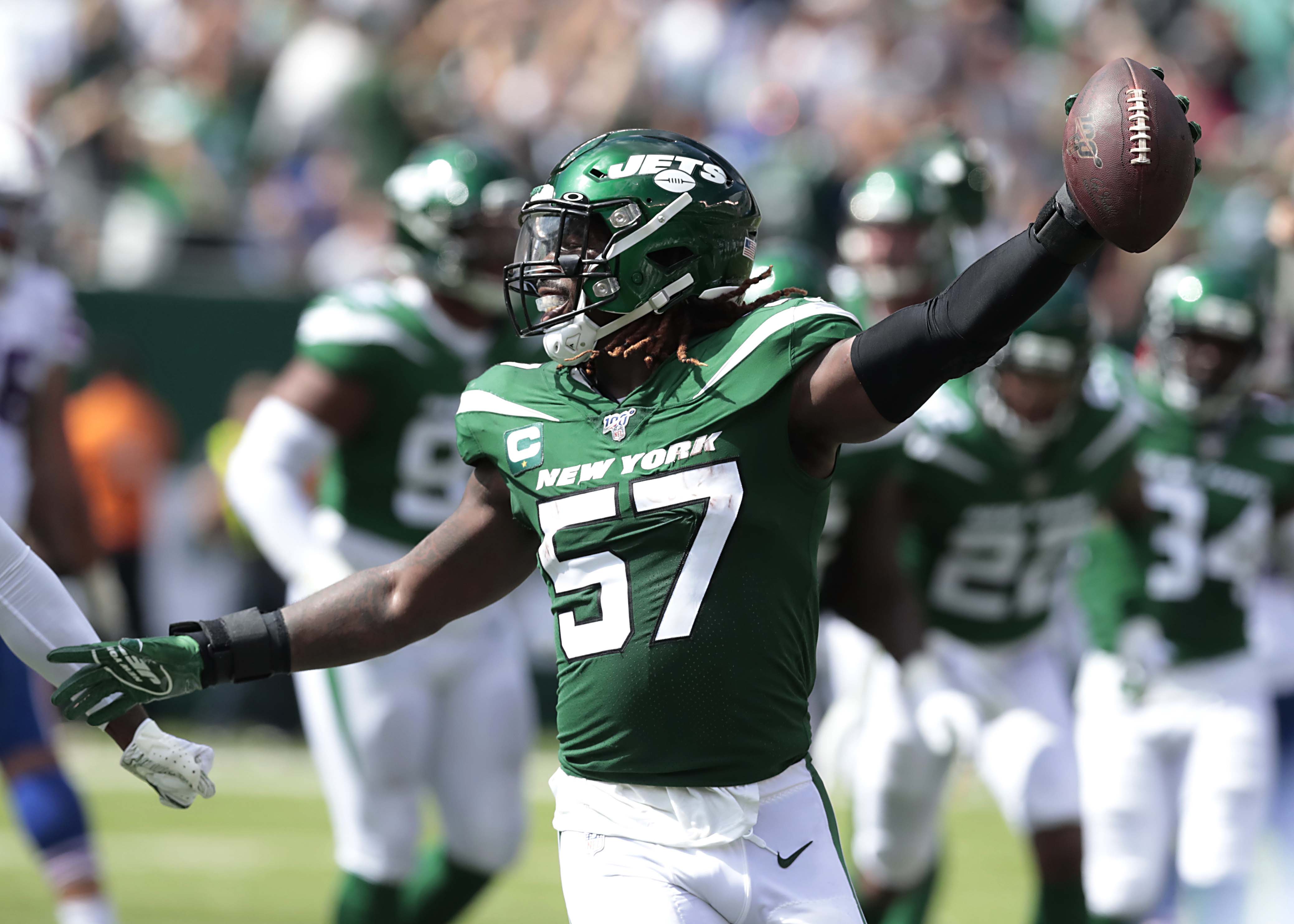 Over the coming weeks, I plan to breakdown the little known additions to the New York Jets, the UDFAs. The Jets added a couple of new players with varying levels of potential and talent at a few positions of need. The Jets have had UDFAs turn into key contributors in previous years like Robby Anderson, Damon Harrison, and even the legend, Wayne Cherbert. The first UDFA breakdown is Lawerence Cager, WR, Georgia.

Lawerence Cager is a very unique player with his build. Similar to Quincy Enunwa, Cager is a speed threat with the body of a tight end. He’s dynamic with the ball in his hands and can be a good fit in quick throw and bubble screen packages that Adam Gase likes to run. Cager has got a lot of heart, if you look at his track record, Cager has been a leader and willed his way onto the field despite injuries in the past. Lawerence Cager has the physical and mental makeup to be a contributor at the next level. With good coaching, his talent could be harnessed into a formidable outside option or a depth receiver.

Although I mentioned the dynamic aspect of Cager’s game, he also lacks a developed route tree. He’s got very good hands and he’s a crisp route runner, but at times he relies on his natural abilities to make up for lack of advancement in turns of his route tree. Natural ability may work in college, but at the next level, it won’t be as easy. Cager needs to develop more in that aspect. Cager also has a talented outside threat opposite him in George Pickens. That drew a lot of guys towards Pickens and freed Cager up more. This gave Cager more capability to succeed against lower-level corners. That’s a minor note that could be something to watch though. Lastly, injuries may have been something Cager could overcome at times, but he still missed the end of last season with a serious ankle injury. It may not be that much of an issue on the surface, but deeper damage could’ve hurt the dynamic aspect of his game and slowed him down a bit. That will remain to be seen.

Lawerence Cager was a worthwhile flyer in a free agency. There are definitely good reasons for Cager to not get drafted. The concerns in his game and injuries are justified. Ultimately, Cager is not going to be counted on to contribute right away. If Cager wins a spot on the roster, Hines Ward will likely be a key guy to watch in his development. If Ward sees potential in Cager or any other young receivers, his eye will be trusted. Cager could be a Quincy Enunwa prototype at best, but at worst this was just a camp body.