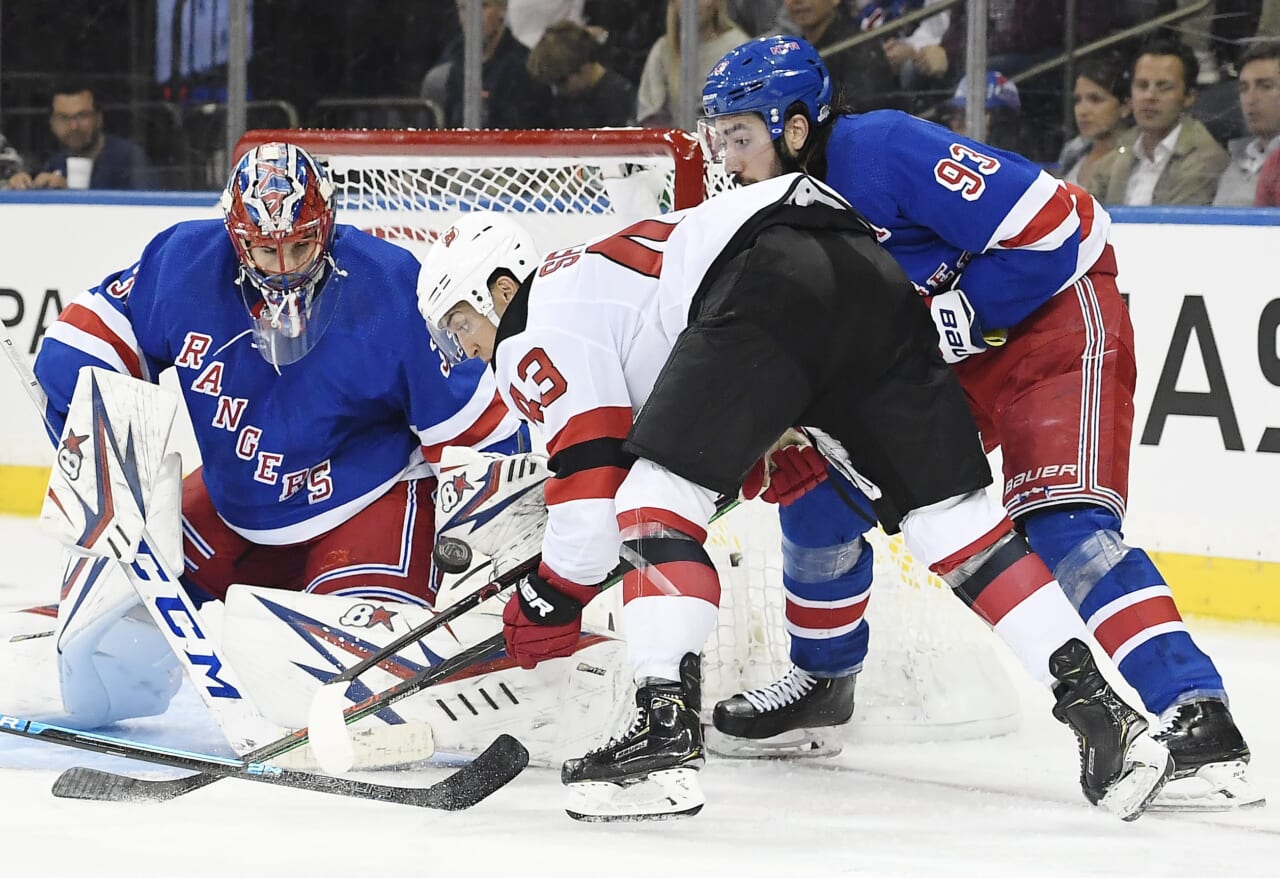 In order to keep him sharp, the New York Rangers decided to send goaltender Igor Shesterkin down to their AHL affiliate in Hartford. After playing solid in net for the Wolf Pack in back to back games, the big question is will the Blueshirts continue to carry three goalies when the All-Star break concludes?

Shesterkin continued his domination of AHL competition when he stopped 31 of 32 Bridgeport Sound Tigers Friday night in leading the Wolf Pack to a 4-1 victory. This helped him continue his AHL league-leading goals-against average at 1.89 as well as his .923 save percentage. On Saturday night, Shesterkin had a shaky first period against the Lehigh Valley Phantoms, giving up two first period goals but then was a stone wall after that, allowing Hartford to pull out a 4-2 win. He made 28 saves in this win. Hartford was very happy to get Shesterkin back, even if it was just for a weekend, as Friday’s victory stopped a four-game winless streak for the Eastern Conference-leading Wolf Pack.

The New York Rangers are being patient with their goalies

Shesterkin’s weekend in Hartford just reconfirms that the young goaltender has outgrown the AHL and is fully ready for a long-term look in the NHL. What appears to be in the way of this is Alexandar Georgiev, who has proven to be a reliable NHL netminder. Shesterkin’s weekend also allows the Rangers to be patient with the goaltending situation. In theory, Shesterkin playing this weekend could allow Georgiev and Henrik Lundqvist to play in the back-to-back games and keep all of them sharp. This will buy some time for the Rangers and not force them in panic mode when considering offers. Georgiev appears to be the one who will be traded, and many reports have surfaced that a handful of teams are interested in his services. A less likely scenario would be to keep Shesterkin in Hartford for a while if at least to keep him sharp and continue to tell the rest of the league that they will not just give Georgiev away.