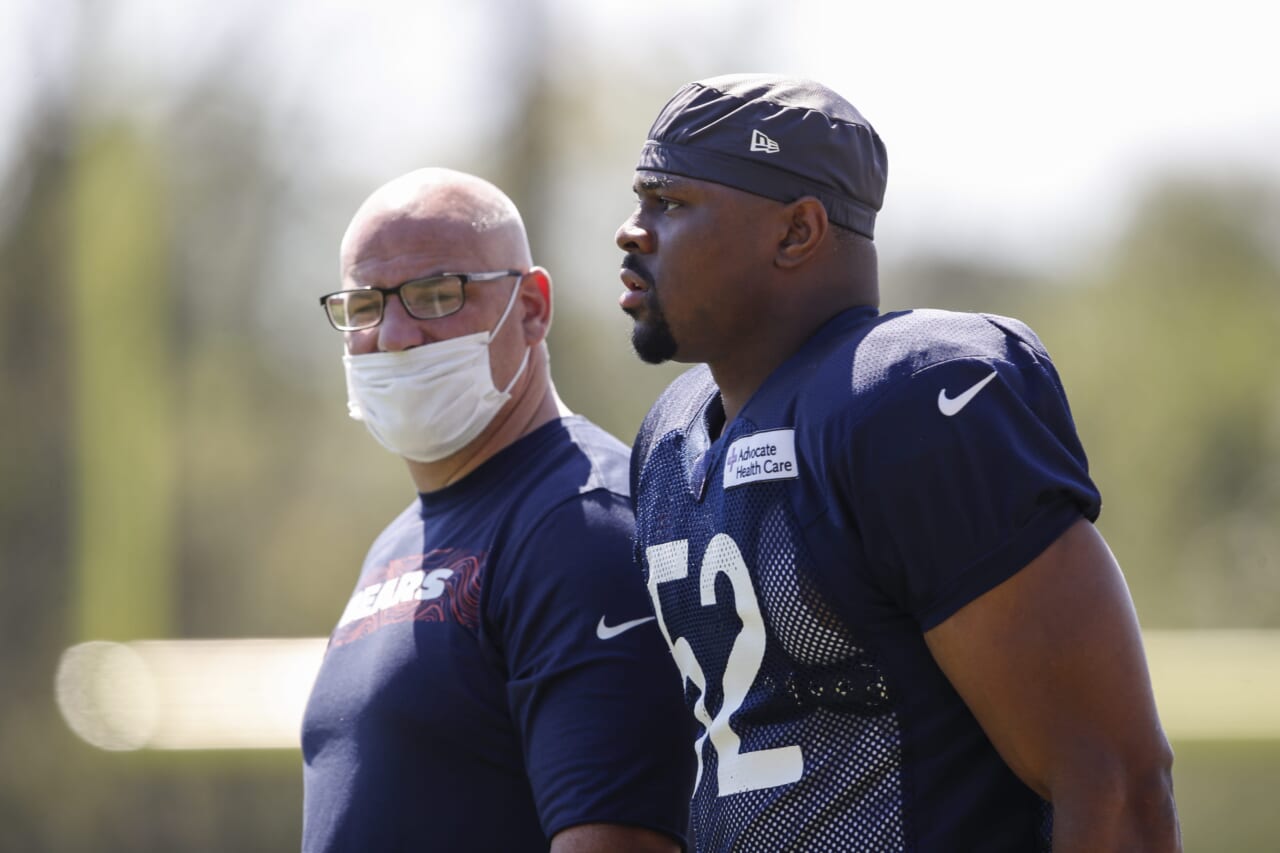 Chicago Bears linebacker Khalil Mack, who is preparing to face the New York Giants this Sunday, is one of the top players in the NFL at his position. In 2016, as a member of the Oakland Raiders he was the league’s Defensive Player of the Year.

He is 29 now and he has shifted his focus to winning, rather than individual accolades.

“I want to do a lot individually,” said Mack, “but ultimately, when you think about the individual effort, that comes with winning. That’s the only thing I really care about, man, is winning, at this stage in my career, and getting to the ultimate goal at the end of the season. So I can’t really place too much focus on myself. ”

Mack has begun to mentor the younger players on the Bears’ defense.

“That’s another part that I’m learning, as I get old, to bring guys along,” said Mack. “That’s the biggest thing for me this year: Just leading by example and bringing guys along and winning. That’s pretty much it.”

Mack learned that skill from playing on a Raiders defense with Charles Woodson and former Giants captain Justin Tuck, two players who were named twoÂ of 14 first-year nominees for the 2021 class of the Pro Football Hall of Fame on Thursday.

Woodson is a lock to get into Canton. If not on the first ballot, he’ll get in shortly thereafter. Tuck, on the other hand, may not get the call, but Mack believes both players are worthy in his eyes.

Khalil Mack says he learned early in his career to not take anything for granted when he was with the Raiders from "Charles Woodson H.O.F. and Justin Tuck H.O.F"