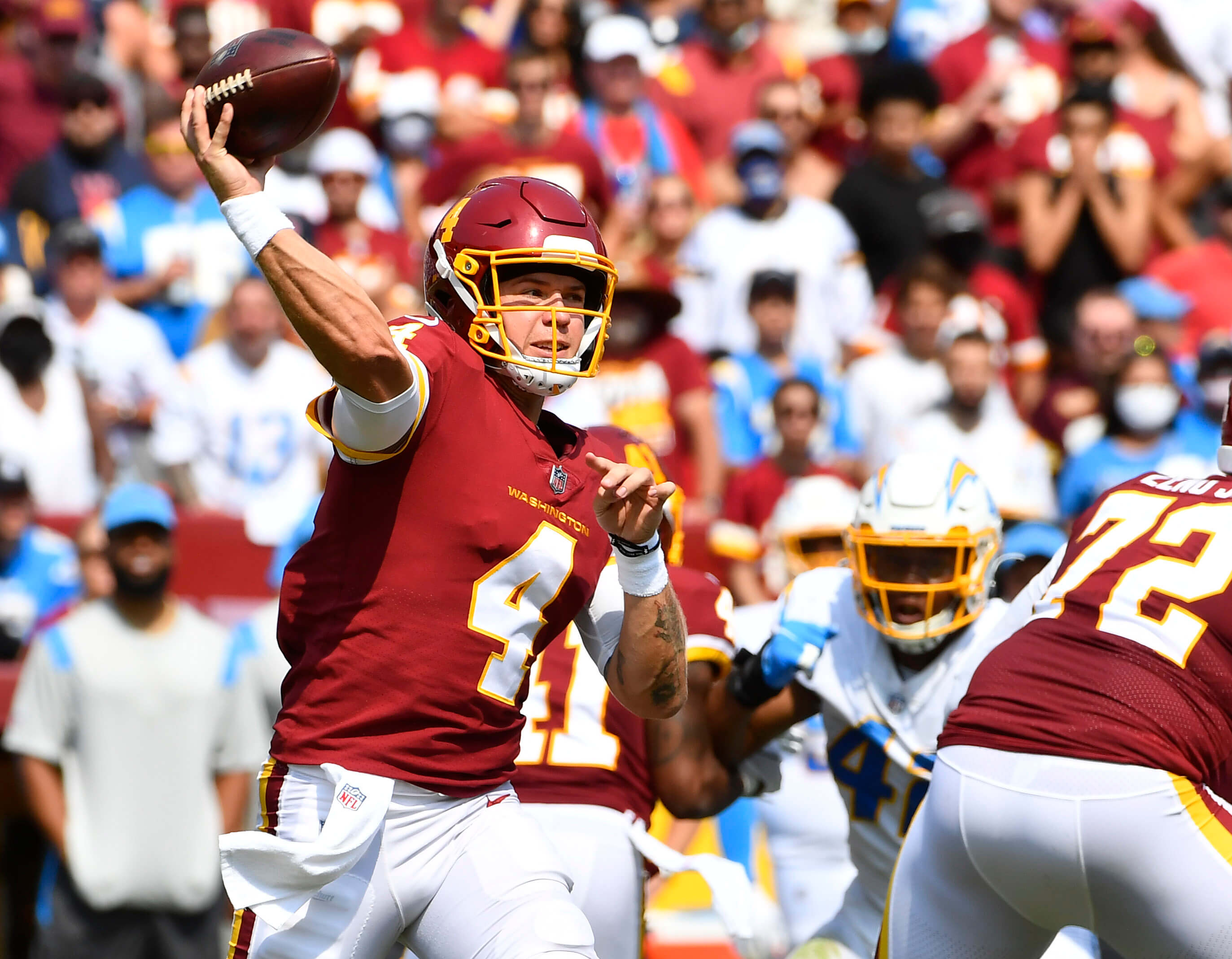 The New York Giants are coming off of an embarrassing Week One loss to the Denver Broncos. The team will travel to play the Washington Football Team on Thursday. A short week and a small amount of time for the team to make a crucial turnaround.

The Washington Football Team will be without its starting quarterback, Ryan Fitzpatrick, for Thursday’s matchup. Fitzpatrick went down with a hip injury during the team’s Week One loss to the Los Angeles Chargers. Ryan Fitzpatrick suffered a hip subluxation and is being placed on injured reserve. He is expected to miss 6-8 weeks. Taylor Heinicke will start in his place on Thursday night.

Taylor Heinicke took over for Ryan Fitzpatrick after he went down with a hip injury in the second quarter of the team’s first regular-season game.

Filling in for Fitz, Taylor Heinicke went 11-of-15 for 122 yards and one touchdown as the Football Team fought hard but came up short against the Chargers. Heinicke has been in the NFL since 2017 but has only one career start to his name. He has played for three teams but has shown some potential in various moments as a backup.

Taylor Heinicke got the start for Washington last year in the 2020 NFL playoffs against the Tampa Bay Buccaneers. Many were impressed with Heinicke as he fought hard and put together a surprisingly decent performance as a fill-in. Heinicke threw 44 passes with 26 completions, one passing touchdown, one interception, and one heroic touchdown run:

In honor of being 8 days away from the 2021 NFL season, here's Taylor Heinicke's unforgettable 8-yard TD run 🔥 @WashingtonNFL

When it comes to backup quarterbacks in the NFL, Taylor Heinicke is one of the better options in the league. The Giants need not underestimate their opponent this week. Washington will be without Ryan Fitzpatrick, but Taylor Heinicke played well in relief of the starter and will pose a threat to a Giants’ defense that allowed 27 points on Sunday.

The New York Giants need to win this crucial, divisional matchup on Thursday to turn their season around. Facing a backup quarterback could make that goal much easier to accomplish. 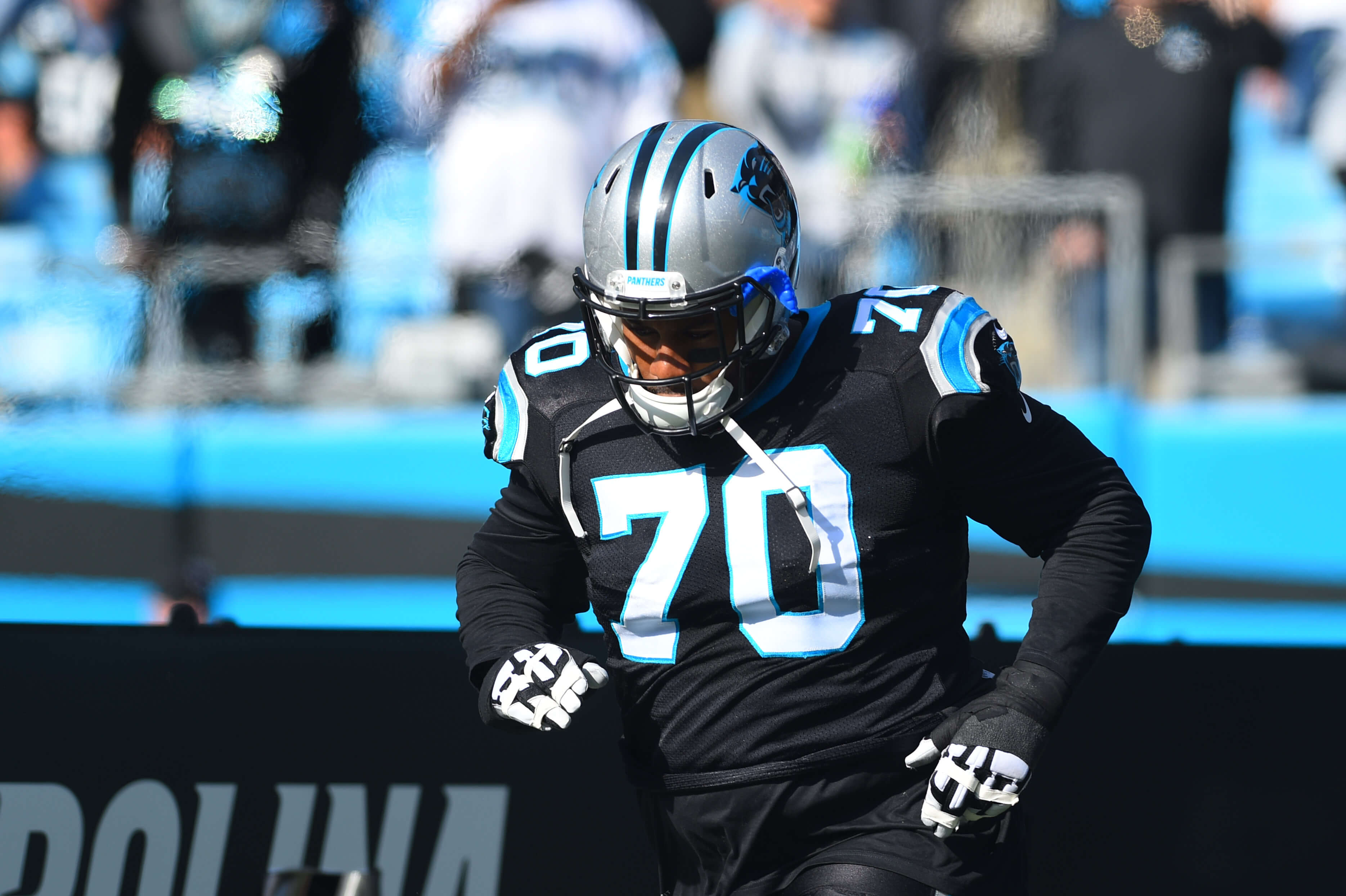 One of the major concerns that remain for the New York Giants is their offensive line, a unit that ranked near dead last in pass-blocking efficiency last season, littered with rookies and inexperience.

There is a reason to believe they will take a step forward this upcoming year, as the players from last season, including Andrew Thomas, Matt Peart, Will Hernandez, and Nick Gates, will have a year of experience and chemistry building together in addition to knowledge of their current scheme. With similar terminology and new weapons to capitalize on, the OL should see improvements.

However, upper management cut their best blocker in Kevin Zeitler at right guard, failing to upgrade the position in the draft and not allocating any significant funds toward a free agent. Nonetheless, there are a few options on the market that could make sense, let’s take a look at two who could have an impact if given an opportunity.

One offensive guard that makes a ton of sense is Trai Turner, a player GM Dave Gettleman drafted back during his time with the Carolina Panthers in 2014. He was a previous third-round selection out of LSU, and while he struggled considerably with the LA Chargers last year, a change of scenery could do him well.

Turner has five Pro-Bowls to his name and has allowed 12 sacks over the last seven seasons, so there’s no question he is capable of being a quality player. The Chargers released Turner after starting him nine games at right guard, and he’s still waiting for another opportunity to capitalize on. The Giants could bring him in on a cheaper contract for one season, allowing him to compete and earn a bigger payday in 2022. This would be a win-win move for both parties, and if Turner has any juice left in the tank, the Giants would benefit as they head into the season with minimal depth and competition at guard.

Another suitable player could be James Carpenter, formerly of the Atlanta Falcons. At 32 years old, he is a bit on the older side, but as a former first-round pick in 2011, he had a solid campaign in 2020. Finishing with a 61.9 overall pass-blocking grade, the first half of his year was adequate.

Carpenter is coming off a four-year, $21 million deal with Atlanta but was cut prematurely with his contract set to expire in 2023. He would be an extremely cheap body to bring into camp and compete with Will Hernandez and Shane Lemieux. Currently, the Giants likely have Hernandez penciled in at RG and Lemieux at LG. Depending on what side of the OL they feel is weakest, they could bring in Carpenter, who has traditionally played LG or Turner at RG. At this point, adding any competition with some historical talent and success would be a positive move.