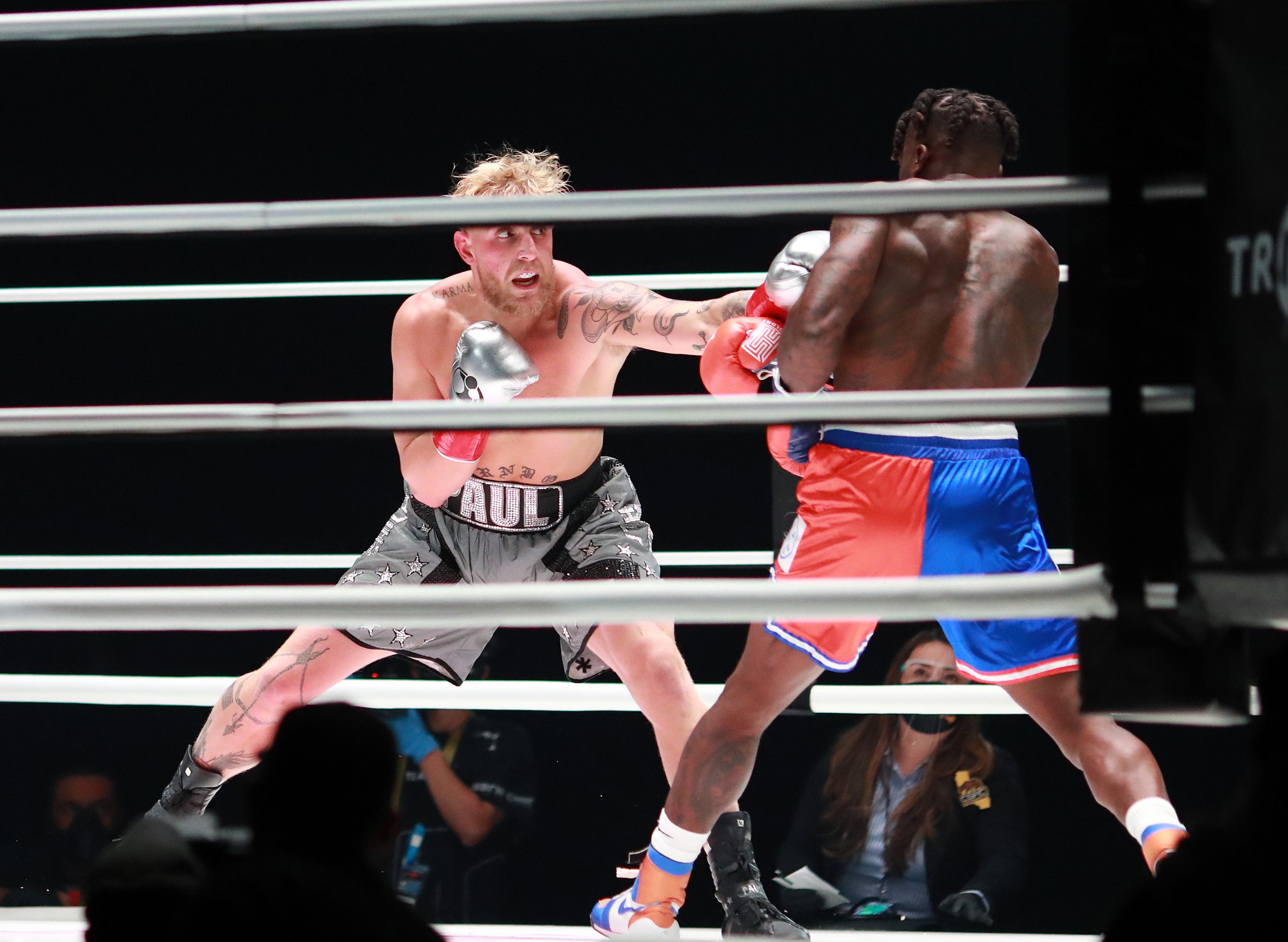 One of the hottest names in boxing and in combat sports has a new home. Internet celebrity turned boxer Jake Paul (3-0) has signed a new exclusive deal with Showtime Sports. Moving forward, Showtime will host Jake Paul’s future boxing matches.

ESPN’s Marc Raimondi broke the story last night that Paul had signed a deal with Showtime. Paul’s representatives confirmed the news to Raimondi and stated that they were making progress on Paul’s next opponent in the boxing ring.

Jake Paul’s adviser Nakisa Bidarian told ESPN, “Jake is proud of the events he participated in with Triller and appreciates the opportunities they afforded him. Jake is excited to continue his boxing career with Showtime Boxing. Fight announcement coming soon.”

At this time, there is no word on who the potential opponent will be for Jake Paul’s next boxing match. For the last few months, Paul has been targeting the MMA community. Back in April, he fought former world champion Ben Askren.

Paul scored a first round knockout and proceeded to call out some of the bigger names in the MMA community like Daniel Cormier. Plenty of additional MMA fighters have voiced their interest in jumping into the boxing ring with The Problem Child.

One thing to keep in mind about Jake Paul’s new boxing deal is the fact that Showtime also has an exclusive deal with Bellator MMA. That alone can create opportunities for Jake Paul to compete against some MMA fighters.

Bellator and Jake Paul are now exclusively on Showtime and you can imagine that Showtime execs are already brainstorming. As mentioned by Paul’s adviser, a fight announcement is coming and they are closing in an opponent.

One name to watch here would be Dillon Danis (2-0). Danis and Paul have been calling each other out for some time and Danis fights for Bellator. Perhaps Showtime executives could convince Scott Coker to let Danis participate in a boxing matchup with Jake Paul.

There have been some whispers about Diego Sanchez (30-13). However, I pray that is just talk and there’s nothing serious there. Former UFC champion Tyron Woodley (19-7-1) has been calling Jake Paul out since he became a free agent, but I can’t see Paul accepting that fight.

Jake Paul’s next boxing matchup will be against someone with MMA experience with limited striking skills. Paul can be a star for Showtime and I guarantee they don’t want to risk him losing after just inking him to a multi-fight deal. This will definitely be something to watch in the coming weeks.

Last weekend we saw the boxing match that the world has been talking about for months. Internet celebrity, Jake Paul (3-0), took on former MMA world champion, Ben Askren. This was the first legit combat sports athlete to face Paul inside the squared circle.

That said, Askren might be the worst striker in MMA history when it comes to former world champions. Askren was an Olympic level wrestler but he was never known for good striking. However, Askren was willing to step in there with Jake Paul to see exactly what he was made of.

After the boxing match, former UFC world champion Tyron Woodley called out Paul. However, there seems to be no interest from the Paul camp in boxing the former champion. With that being said, what is the strategy for Jake Paul’s boxing career? Who will Jake Paul be fighting next?

Let’s be very clear about the fact that Jake Paul is smart. He might act like an idiot, but he’s very smart and he has some business savvy people around him. Jake Paul has dedicated his life to boxing, but he’s not good enough to jump in with legit strikers.

After three years of training, Paul can do some serious damage to guys who don’t know how to strike in the boxing ring. However, seasoned strikers would pick apart even his smallest mistakes. Jake Paul is not going to take a risky fight next and that’s important to keep in mind.

For his next venture into boxing, I expect Jake Paul to take on Dillon Danis (2-0 MMA). Danis and Paul have had a ton of verbal back and forths over the last year. Danis is a world champion in Jiu Jitsu, but he’s not known for his boxing. I think most would favor Jake Paul in that matchup.

With that said, I think Danis is the clear favorite. It’s a favorable matchup for Jake Paul and he would be boxing a legit fighter. Unlike Askren, Danis is an active mixed martial artist competing in Bellator. If Paul were to win that matchup expect his chirping to become even louder. 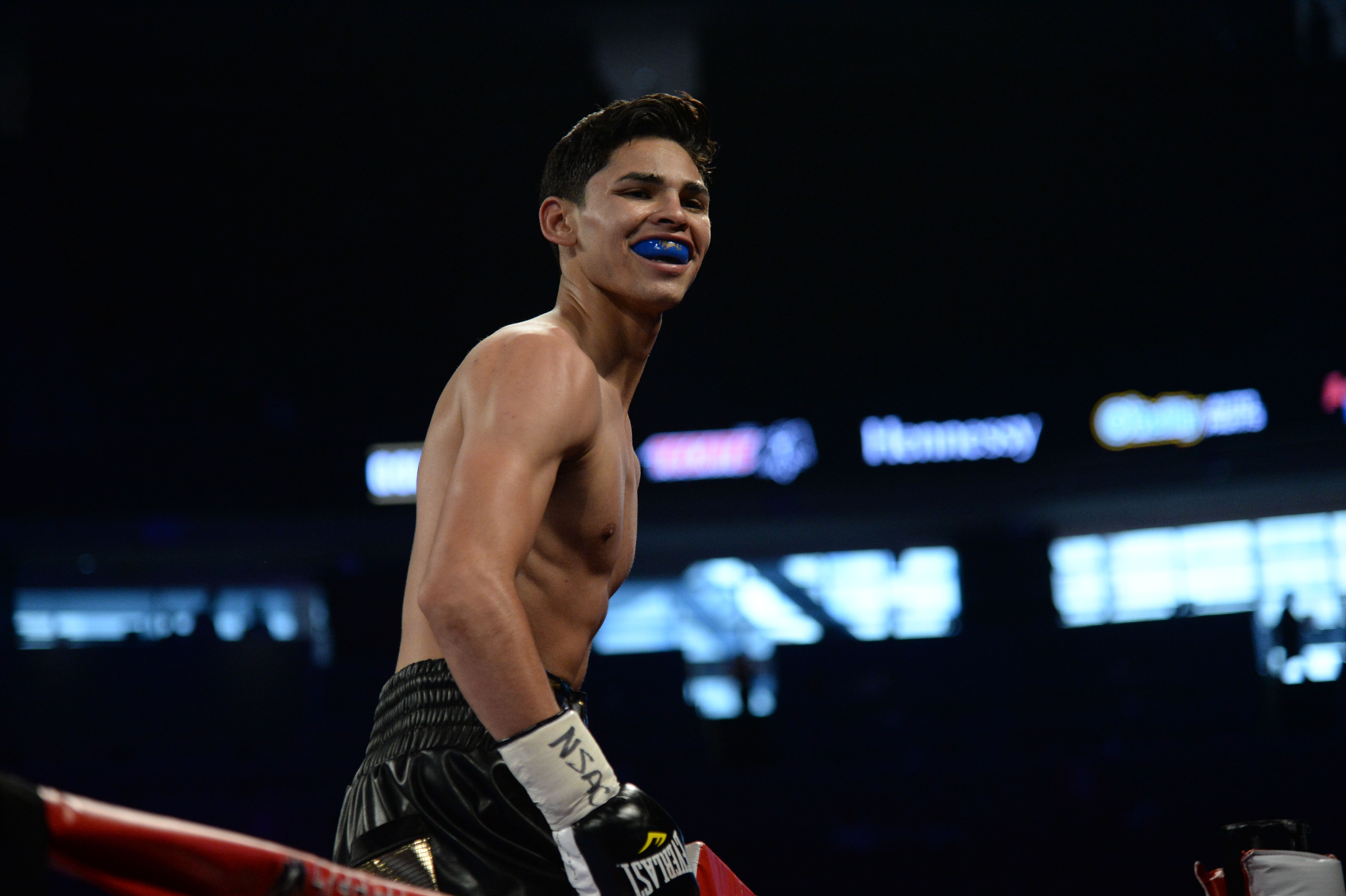 Could one of boxing’s brightest and younger stars be bound for the UFC? One of the most popular figures in boxing right now is WBC interim lightweight champion, Ryan Garcia (21-0). Garcia in a way is like the modern day Oscar De La Hoya.

He’s got the look and he’s got the skill to become a superstar. His skills in the boxing ring have led him to the interim WBC lightweight championship and a 21-0 record before he’s even turned 23 years old.

The plan has been in place for Garcia to lead the boxing world for years to come. However, Garcia has different plans. In fact, he’s not planning on sticking around in boxing very long.

Garcia was on the Rich Eisen Show this week and he talked about his desire to walk away from boxing at 26. He wants to retire undefeated and only fight if people truly believe he can’t win. Once he conquers all boxing challengers, he only sees one arena where people would doubt him.

That arena would be the UFC. Garcia mentioned a possible transition to MMA saying, “Say at 26 I retire and boxing is all good, right? You know what I’ll do? I’ll go prove to them (doubters) that I’m the best fighter all-around in the world. I will go to MMA to prove a point.”

Ryan Garcia to the UFC

It is worth nothing that Garcia has had some back and forth with former two-division UFC champion, Henry Cejudo (16-2). Granted, the talks centered around Cejudo potentially going to boxing to face Garcia.

I completely understand where Ryan Garcia is coming from. He wants to prove that no matter what the discipline is, he’s the best fighter in the world. However, that’s much easier said than done.

The reality is, nobody in the UFC’s bantamweight division could throw hands with Ryan Garcia. In pure boxing, he’s going to light up anyone in that division. We’re talking about one of the best boxers in the world here.

However, there is so much more to this than just your hands. Garcia would be young enough to really focus on MMA training if he wanted to make that transition, but it would take a long time to really learn.

In my opinion, the transition is so much easier for wrestler/grappler based athletes than pure strikers. For example, take Dillon Danis (2-0). Danis was purely a jiu jitsu competitor before transitioning to MMA.

It’s easier for an elite grappler to learn the skills of striking versus a striker learning all the other aspects. Garcia is an elite boxing. However, he’s extremely flat-footed when he boxes.

Think about some of the elite fighters in the UFC. They’d either light up his legs with kicks or take him straight to the ground and without being light on his feet, he’d have no answer. Garcia is young enough to learn the arts and make the jump, but it’s a lot more difficult than he’s making it sound.

Paul improved to 2-0 as a boxer and proceeded to start calling out professional MMA fighters for a boxing match. The two primary targets that he’s been focusing on are Conor McGregor and Dillon Danis.

Jake Paul even pulled a water balloon drive-by on Danis in an attempt to build the potential boxing match. Danis was filming an episode of Food Truck Diaries with Brendan Schaub at the time of the incident.

McGregor has yet to even acknowledge the insults and comments coming from Paul. Of course, McGregor is focused on his UFC return which takes place next month against Dustin Poirier on Fight Island.

However, this week, we’ve seen several MMA fighters throw their hats in the ring for the boxing match against Jake Paul. Former UFC champion, Michael Bisping, said this week that there had been talks for him to be the guy.

Last night, Ben Askren announced on his Twitter that he was accepting the boxing challenge from Jake Paul. Askren said that he was in to make a lot of money and beat up a fake athlete. The proposed matchup would take place on March 28th.

Who will Jake Paul be boxing?

ESPN’s Ariel Helwani did report shortly after that the fight was far from done. Paul’s team is looking into a number of options for the celebrity to box in his next venture into the squared circle.

I will say, Askren would be one of the safer pics. Askren was a top level MMA fighter due to his incredible wrestling. Funky Ben was an Olympic level wrestler and he used that wrestling to go undefeated for the first ten years of his career.

However, Askren has never been known for his standup skills. Let alone his boxing skills. If Paul wants the easiest potential matchup, Askren might be it considering the pool of MMA fighters that he has to choose from.

Dillon Danis is another option. However, youth is on the side of Danis who has been training for the last few years. My guess is that we will know in the next couple of weeks who Jake Paul will be boxing in March.

Jake Paul certainly knows how to troll and he continued today. After he knocked out Nate Robinson a couple of week’s ago, Paul called out Bellator’s Dillon Danis and the UFC’s Conor McGregor.

Paul has been very vocal about calling out MMA fighters to box him. Just this morning, Nate Diaz issued a strong warning to Paul for his words. He’s starting to bark up the wrong trees with some of his comments.

Nevertheless, Paul is great about getting people to talk about him and here we are. Today, Paul decided to take the attack to Bellator‘s Danis. However, he did it in a very unique way.

Paul posted a video on his Twitter account of him driving by where Danis was doing either a signing or interviews. The Bellator fighter was caught off guard and was pelted with water balloons and toilet paper which prompted him to chase Paul’s vehicle.

Caught the biggest shit talker slacking @dillondanis you gotta check in when you come to La. #GenerousDriveBy pic.twitter.com/460MjnO3F6

Last week, Bellator‘s head man, Scott Coker, said that the promotion would be interested in potentially having Danis fight Jake Paul. Love or hate the Paul brothers, they certainly know how to draw attention.

We just found out recently that the elder Paul brother, Logan, would be boxing Floyd Mayweather. Jake Paul continues to be steady in his callouts of MMA fighters. He’s very focused on getting a matchup with Dillon Danis.

I really believe that Bellator is seriously going to consider putting this together somehow. With their standing in the world of MMA, they are constantly looking to get more eyeballs on their product.

They’ve done a great job of building up their light heavyweight roster recently, but honestly, having Danis box Jake Paul would bring even more casual attention. Yes, it would be a sideshow, but so many would tune in.

I’m expecting to see even more stuff like this from Jake Paul as he continues to look for a fight with guys in MMA circles. I would just caution the YouTube star on who exactly he messes with. He might just bark up the wrong tree.