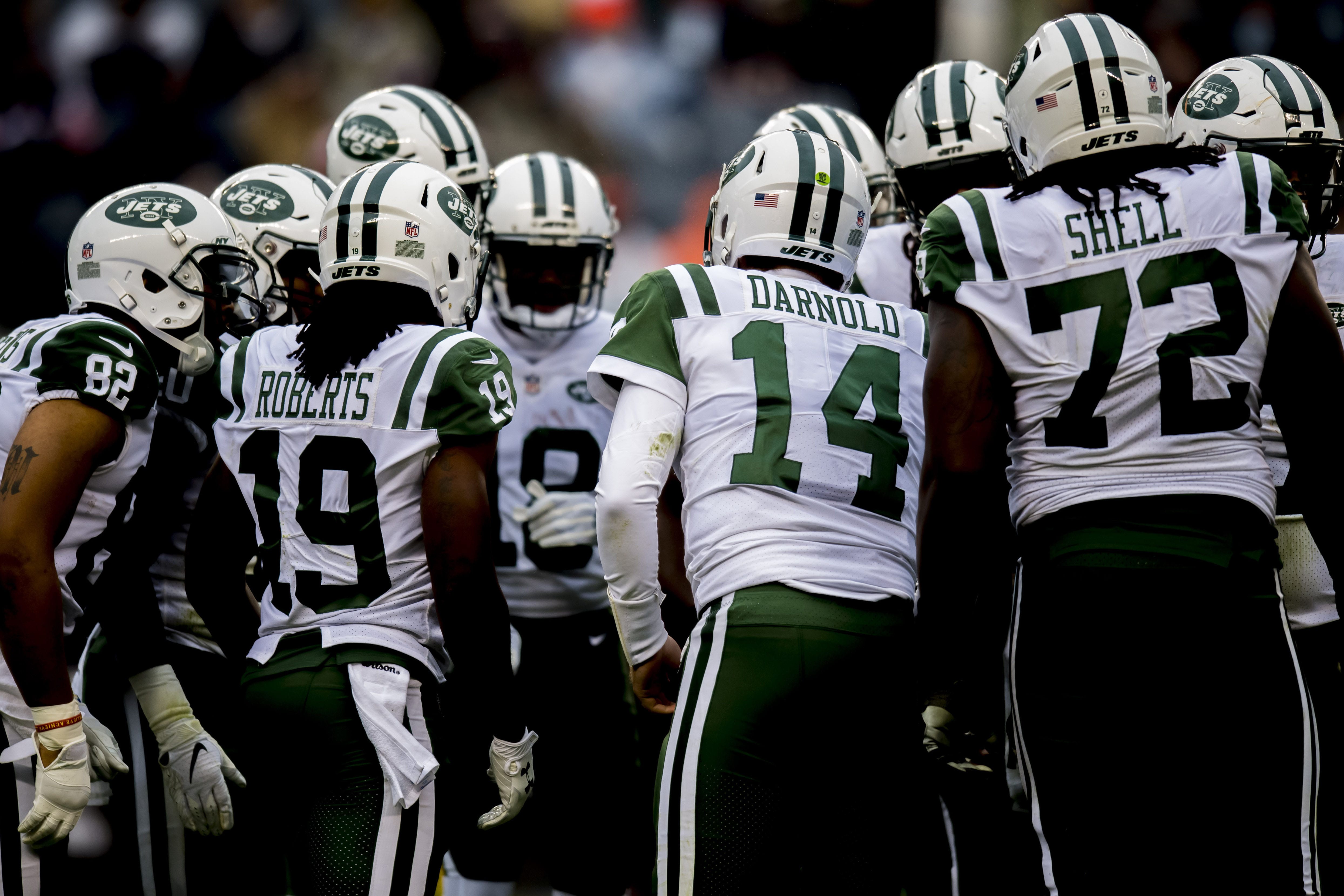 With the final week of preseason games coming up the New York Jets will be resting all their starters to be prepared for week one of the regular season. Many players on the team have not yet secured a roster spot or will simply not be starting week one. With the cut day coming soon this could be the last chance these guys have to showcase their talent to the New York Jets.

Third-round pick Jachai Polite has had a rough couple of months from sliding into the third round of the draft to potentially being cut by the Jets. While it is unlikely that Polite gets cut he still needs to show some semblance of talent. Polite has been a disappointment in camp and hasn’t seen much of the field in the preseason. If Jachai Polite doesn’t show something against third-stringers on Thursday, then he might be a bigger project than anticipated.

With a crowded wide receiver room and not many open spots, Deontay Burnett seems to be the odd man out. Burnett doesn’t offer any value on special teams like Josh Bellamy and Greg Dortch. What Burnett lacks in special teams he makes up for in chemistry with Sam Darnold. Burnett was Darnold’s favorite target at USC after Juju Smith-Schuster left for the NFL. Burnett flashed in his limited time last season and is a fan favorite but unless he can show out on Thursday it’s a coin flip on whether he’ll make the team.

Taylor Bertolet may have saved his job last week against the Saints hitting two field goals from 48 and 56 yards. Many people do not believe Bertolet will be on the team week 1 but he is building a strong case to make the 53-man roster. Bertolet is far from a lock to make the team but if he can muster up on last good performance, he might beat the odds and be the kicker week one.

Tevaughn Campbell is one of the few players in the secondary who have done well in the preseason. Campbell led the team in tackles and PD’s against the Falcons and did his best against top wideout Michael Thomas on the Saints. If Campbell can pull off one final performance against the Eagles, then his long journey from the CFL to the NFL will be quite the Cinderella story.

After a hot start in training camp, Blake Cashman has cooled off quite a bit. Cashman hasn’t seen the field much since the Giants game due to injury, but he looked solid racking up three tackles last week against the Saints. Cashman will have one final chance to showcase his talent to the coaching staff and make his case to be starting week one. Even though its unlikely Cashman will start week one you can expect to see more of him later in the season as he develops.

Chuma Edoga has been quite the surprise player on the New York Jets. Edoga was seen as a developmental tackle coming out of USC but he has flashed a lot potential. Edoga’s ability to play on either side of the line has impressed many fans and has earned him a spot as a backup tackle. I wonder if, by this time next year, we will be talking about Edoga being the franchise tackle this team has needed since D’Brickashaw Ferguson. 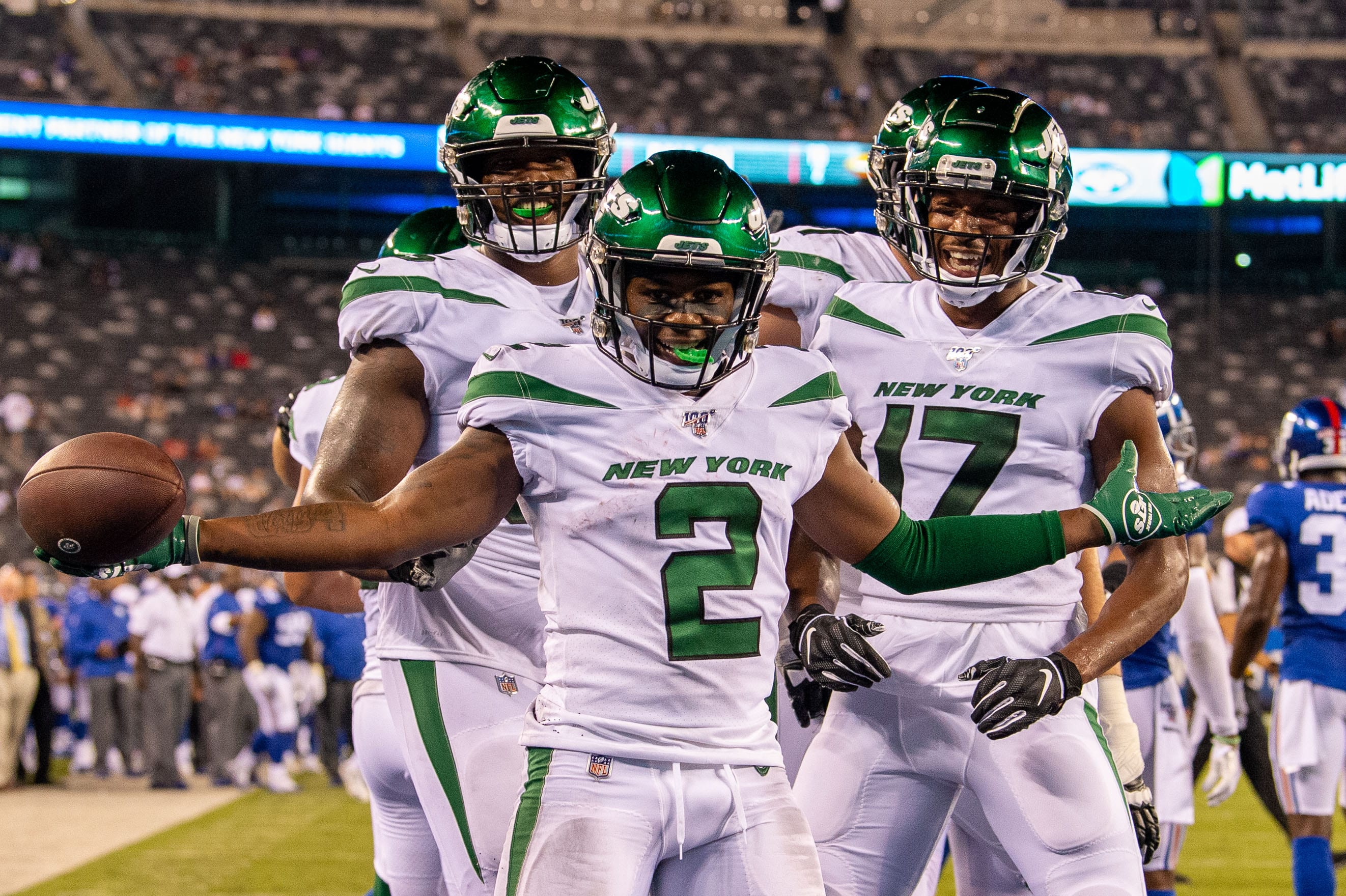 Tim White has a noteworthy motor and is extremely motivated to work diligently for his place on the team. He consistently works after practice to better each aspect of his game. He never stops grinding, and although he deserves a spot somewhere, Gang Green doesn’t seem like his destination.

Deontay Burnett has a connection to the QB 1, Sam Darnold; he’s got excellent hands and overall phenomenal talent that gets consistently overshadowed. He deserves the WR 5 spot and deserves to earn a place to demonstrate his capabilities truly.

Ryan Griffin and Trevon Wesco have been the two guys most likely to step in for Herndon during his suspension. Wesco has looked solid, and Griffin has been quiet. Wesco deserves to get a fair shot to prove himself. Right now I’d say although Wesco has had success and could still see the field, this seems to be the veterans job to lose. 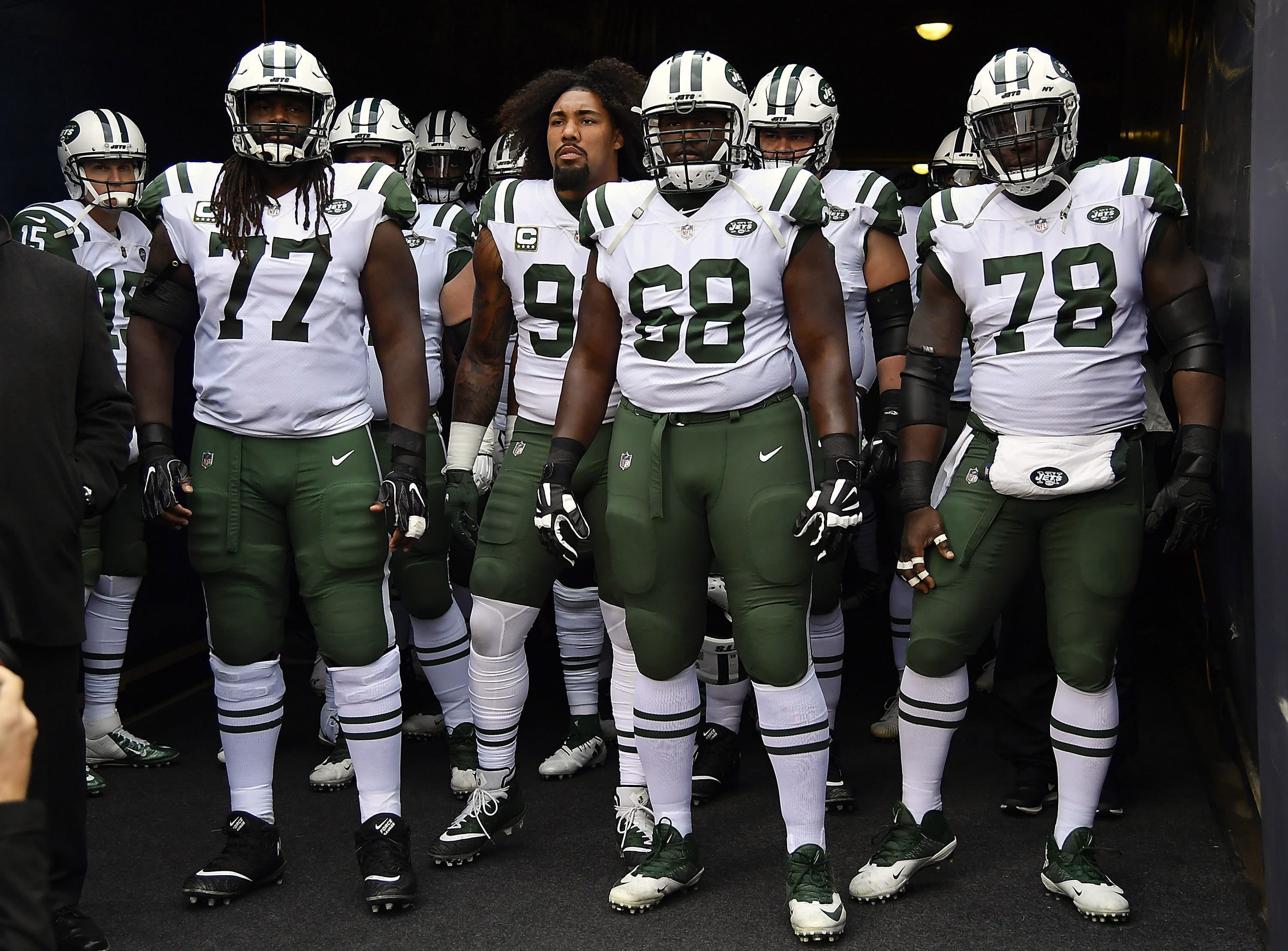 The New York Jets play the Atlanta Falcons on Thursday night this week and it will be a critical moment for some players to showcase their talent on a roster that lacks depth. We’ll see the starters play about a quarter Thursday night and continue to show their potential. Some things to keep an eye on for this game will be the starters in the secondary, new kicker Taylor Bertolet and a couple young emerging receivers.

The New York Jets secondary has been decimated by injuries over the past week with Trumaine Johnson and Kyron Brown both falling to hamstring injuries. The starting cornerbacks for Thursday will most likely be Darryl Roberts and Arthur Maulet. The Jets are thin at corner after releasing Derrick Jones earlier this week. It’s gotten so bad that Jamal Adams has offered to play both corner and safety for the team. The Jets have a couple more weeks until the regular season but who knows how much longer they can go without having any depth at corner.

Sam Darnold is like a drug, his presence on the field is so addictive to Jets fans that we can’t get enough. When Sam Darnold is on the field it feels like the past 50 years of incompetence and ineptitude get erased. Darnold is the savior of the team. On Thursday night Jet fans will get a bigger dose of Darnold in the new offense and we all can’t wait.

Who is Taylor Bertolet?

The New York Jets new kicker Taylor Bertolet was signed shortly after Chandler Catanzaro announced his retirement Sunday morning. Taylor Bertolet played for Texas A&M where he set the record for most PATs in a season. Bertolet was on the roster last preseason until he lost his position to Jason Meyers. As of right now, Bertolet is the only kicker on the roster, but it wouldn’t be shocking to see the Jets bring in an experienced veteran to compete with him.

Stars in the making?

New York Jets wide receivers Deontay Burnett and Greg Dortch both flashed potential against the Giants with the latter scoring a touchdown. Everyone knows Deontay Burnett from his time in USC acting as Sam Darnold’s safety blanket but not many know of Dortch. The rookie receiver from Wake Forest came onto the scene as being the potential replacement for kick returner after Andre Roberts left, but his string of good practices and games might land him a bigger role on offense. If both receivers continue to shine, the New York Jets will have a much deeper receiver room than previously thought.