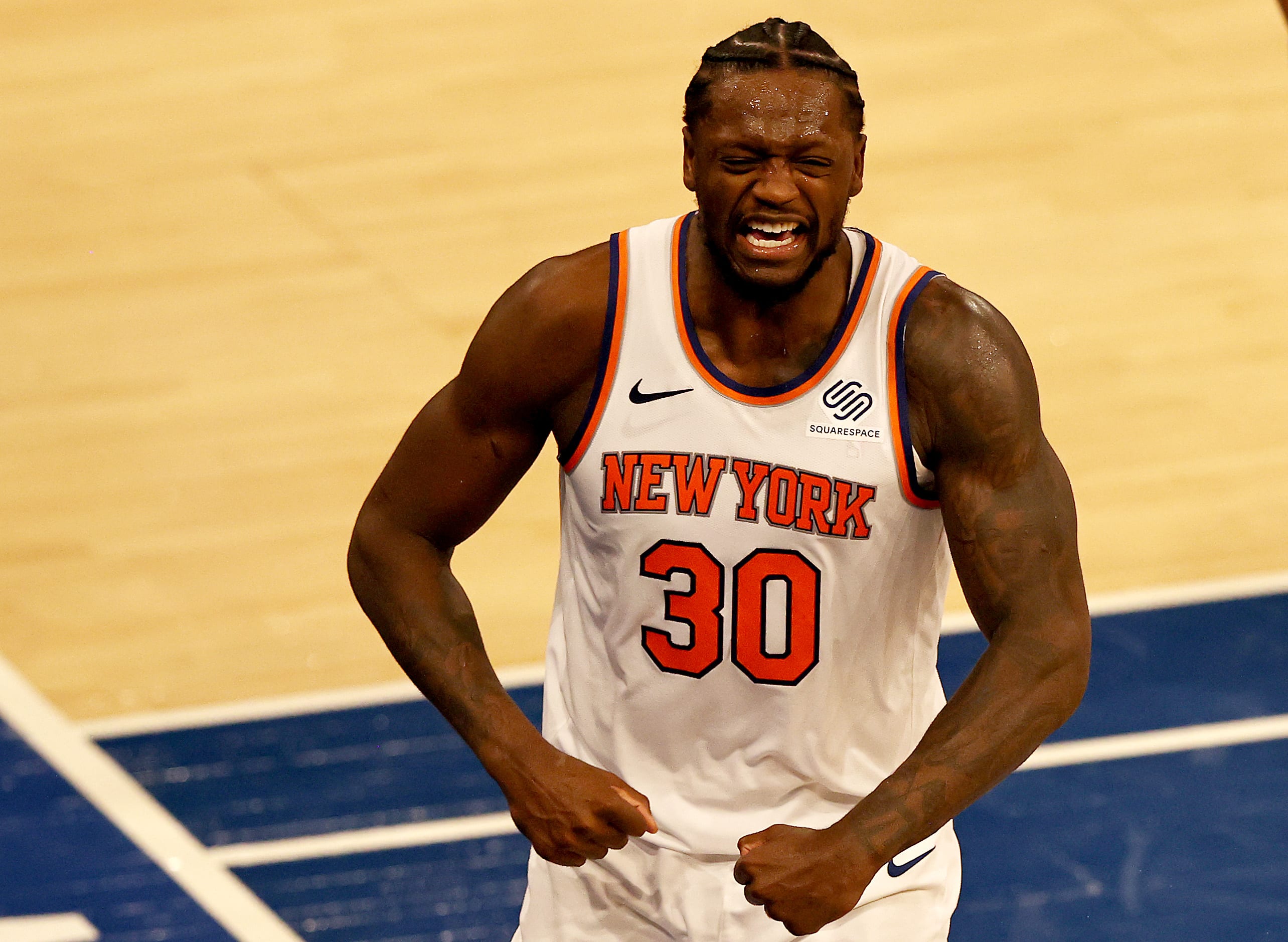 Julius Randle had been counted out several times in his career.

Just last year, most Knicks fans wanted him out of New York. But he used the disappointing 2019-20 as his motivation to bring out the best in him.

With the backing of a new front office led by Leon Rose and a new coach in Tom Thibodeau, Randle did exactly that and carried the Knicks to the playoffs for the first time in eight years.

It was a dramatic improvement, a rarity in the NBA for players like Randle, who had drifted from team to team trying to find his footing in the league. He found a home in New York.

It was a season of many firsts for Randle: first NBA All-Star, first NBA playoffs, first individual award with the Most Improved Player, and the first selection in any All-NBA team.

“People really thought I had a great year last year. What continues to drive me is knowing that I have so much room to improve,” Randle said in the Mobil 1 Series “Behind the Drive”.

After a breakthrough season in the NBA, Randle has no plans of slowing down. Even after locking up a $117 million, four-year extension with the Knicks.

He has set lofty goals for himself during the duration of that deal.

“The next accolade would be the MVP, man,” Randle boldly declared. “I think that would be fitting. I think the ultimate goal is bringing a championship to the city of New York. So that’s what really drives me every day.”

The Knicks haven’t won an NBA championship since 1973. After their last NBA Finals appearance in 1999, what followed next was a long stretch of mediocrity and futility.

Randle vowed to change that.

The 26-year old forward learned life lessons at an early age that made him driven and ambitious.

“I felt like I always had that drive whether it comes from people that I look up to or my idols growing up like my mom seeing how hard she worked on a daily basis to provide for me and my sister,” Randle said.

Carolyn Kyles was a single mother who raised Julius and his older sister Nastassia to become tough and resilient. Kyles, a 6-foot-2 former basketball player for the University of Texas Arlington, schooled him on the court when he was young.

“My mom was definitely hard on me,” Randle said.

His mother and his sister would always beat him that make him cry.

“She would always kick my butt and it would truly upset me and I would be in tears. Honestly, it was a great lesson about determination and just pure will,” Randle said.

Those moments toughened up Randle, who grew up into a 6-foot-9 bully on the court in Kentucky that led him to become the Los Angeles Lakers’ lottery pick in the 2014 NBA Draft. He was thrilled to have played with the late Kobe Bryant, who was his idol growing up.

“I studied everything about Kobe growing up. When I got to L.A. as a rookie, I was really excited just to practice with him,” Randle said. “He called me up at 5 a.m., 6 a.m. bringing me all the way out to Orange County to work out. And just to have that example and be able to ask questions to a basketball genius was like ‘what more could I ask for?’

If Randle learned toughness and determination from his mother, he learned how to channel that to productivity on the court and improve every summer from Kobe.

“One of the things that I really learned from Kobe was when going to the summer, you list the things that you want to improve on — focus on one or two things. That’s what I did last summer. I was very specific about how I wanted to get better. And I’m doing the same thing this year focusing on footwork and finishing at the rim. Those little things could make the biggest difference,” Randle said.

Last summer, Randle focused on sharpening his shooting after a down year in 2019. The result was a dramatic 13-percent jump, leading to a career-high 41.1 percent shooting clip from long range last season. With the work he put in this summer coupled with the talent and shooting that the Knicks brought in, it’s safe to say that Randle will play more bully ball this season.

Thibodeau was also a big part of Randles’ success last season. The reigning two-time Coach of the Year empowered Randle to become the team’s leader after seeing how sharp he was during their bubble workouts that preceded training camp.

Many raised their eyebrows when Thibodeau declared that he saw a leader in Randle in their training camp. But he was right all along. Thibodeau knows one when he sees one.

“Thibs is absolutely amazing. Who he is as a coach, who he is as a person to his core, all he cares about is putting players in the best spot to win the game. I’ve never seen a coach works harder than him,” Randle said.

“There were times when I go to the gym at 9 o’clock at night and Thibs is still there studying, watching films. He always tells me the best form of leadership that you can give is the example that you set for others.”

Randle fully embraced that role. And the whole Knicks’ team followed him. He brought with him the work ethic that Kobe taught him.

In every city they played, Randle would have the team arrange a gym for himself to get some extra shots. He said that routine kept him in constant rhythm and kept him locked in. During his first year with the Knicks, not everybody on the team put in the extra work on the road as he did. That changed when Thibodeau took over as the coach as he established a culture of accountability.

“This is the first time that I have a team that they all came with me,” Randle said. “Now we have the whole team bus taking us to the gym because everybody on the team wants to go and get extra shots and extra work. And I think that just became a part of the identity of our team that we just don’t want to be outworked.”

Randle exemplified that last season, whether it was playing hard on the court or being early and staying late in the gym to put in extra work. He was the Knicks’ alpha. He was their leader on and off the court.

But after a disappointing first-round exit in the playoffs where his performance dipped, Randle is being counted out again by some people who view his breakout year as a fluke.

It’s hard to count out somebody who has that drive to become one of the greatest in the game.

The Mobil 1 Behind the Drive campaign, a unique offseason NBA content series and sweepstakes to reward fans with unique gifts and experiences, has partnered with prominent sneaker artist Dan “Mache” Gamache to create custom, hand-painted sneakers inspired by the Mobil 1™ brand. These extremely rare kicks are now available as Behind the Drive prizes.

Watch Mobil 1 partners Randle and Karl Anthony Towns unbox the custom sneakers, with Mache describing the making-of process and going behind the scenes on his design motivation.

Fans can join the Behind the Drive sweepstakes at gobehindthedrive.com.