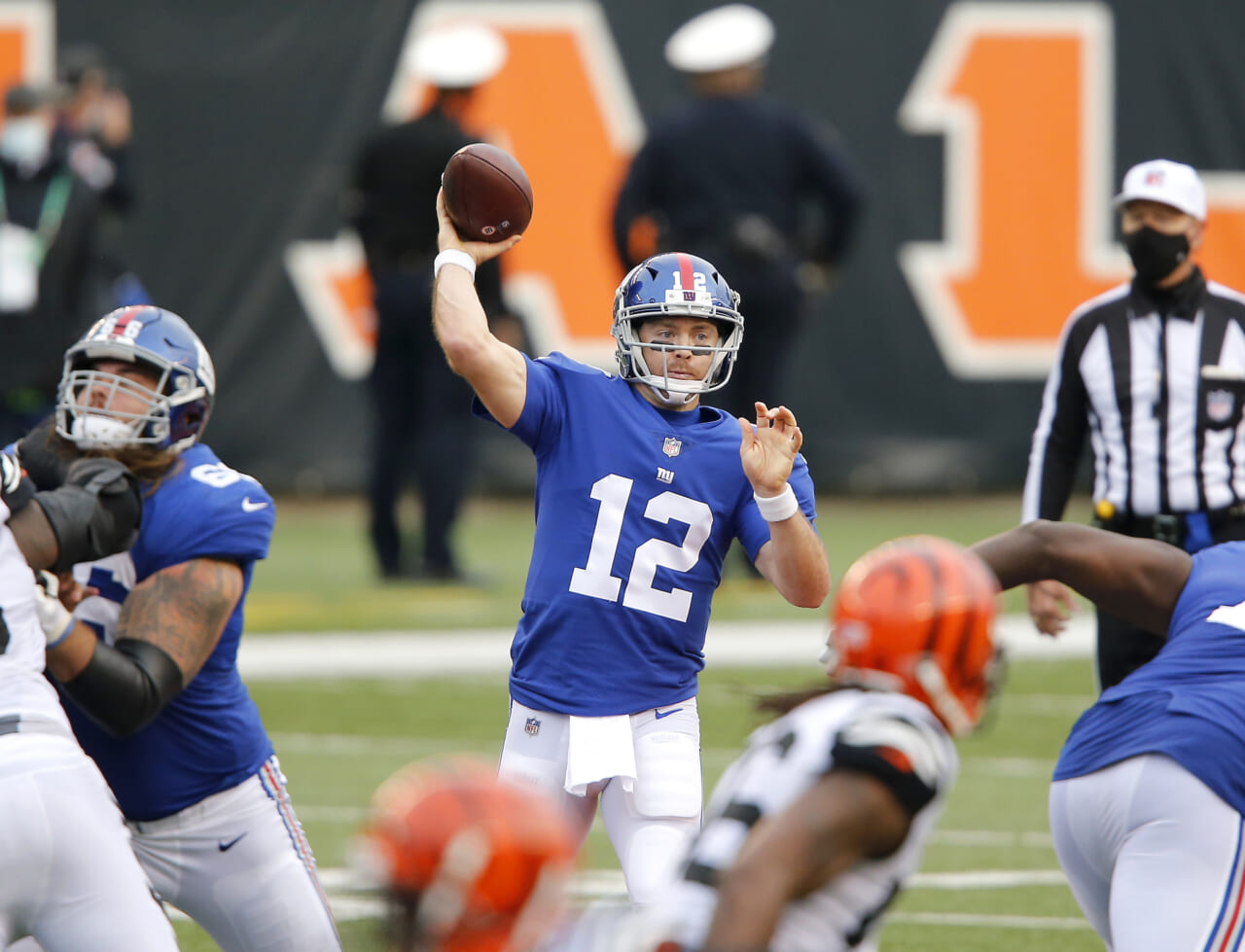 The New York Giants are entering their third season with quarterback Daniel Jones expected to be their starter. Jones was a shocking selection at sixth overall in 2019, but he has exceeded most expectations that fans set out for him. His rookie season was filled with plenty of ups and downs, and while he showed improvement in some areas, his second season also came with a plethora of struggles.

Daniel managed to improve his turnover problem that plagued his rookie season this year, but this issue has not been completely fixed just yet. Jones has flashed a lot of great potential, but he needs to be more consistent in 2021. This will be his third season playing quarterback in the NFL, a crucial stepping stone for young signal-callers. Giants fans are expecting to see a year-three breakout in 2021.

But the Giants cannot afford to put all their eggs in one basket. Daniel Jones is absolutely their starting quarterback. However, this is a quarterback who has missed four games due to injury in two years. Jones has had a bit of bad luck in the NFL, but injuries have been a recurring problem since college.

The New York Giants possess an excellent defense. Their offense is set to improve next season as well as the team has vowed to add playmakers this offseason. New York cannot allow those talents to go to waste in the event that Daniel Jones goes down with another injury in 2021. The Giants have to invest in their backup quarterback position to provide additional security to their team.

The Giants could certainly do better at the backup quarterback position though. Many teams around the league have started to invest more into their second-string quarterbacks. The Giants, having a starting quarterback with at least some kind of knack for getting injured, need to do the same this offseason.

One quarterback the Giants should consider in free agency is Jacoby Brissett. The 28-year-old Brissett is a quarterback with legitimate experience as a starter, and a decent one at that. Jacoby spent two seasons as the starting quarterback for the Indianapolis Colts and two seasons as the Colts’ backup within the last four years. In 2019, Jacoby started fifteen games, going 7-8, passing for 2942 yards and 18 touchdowns with only 6 intercpetions.

This touchdown to interception ratio is impressive and is the reason Brissett is such an attractive option as a backup quarterback. Jacoby might not light up the scoreboard, but he will move the football with efficiency and rarely put the ball in harm’s way.

At only 25-years-old, Nick Mullens is a young backup quarterback that still has some room to grow. Mullens has started 16 games in the last three years and has occasionally put together some big-time performances. Nick Mullens is a little less careful with the football, though, throwing 25 touchdowns and 22 interceptions in 16 starts. But Nick is a quarterback with a great attitude that is always healthy and available, ready to give average quarterback play to a team in need.

The Giants could also take a chance on some younger, less experienced options. Names like Josh Rosen and Joshua Dobbs stand out as young quarterbacks who failed to reach their potential in difficult situations. I would like to see New York invest in a more proven commodity for additional security, but these younger options could provide a high ceiling for New York’s backup position.

Additionally, one last name to keep an eye on is Colin Kaepernick. Colin has not played football in the NFL since 2016, but he has expressed interest in making a return to the league. Of course, Kaepernick was once a proven quality starter in the NFL, taking the 49ers to the Super Bowl in 2012. But his four-year absence football leaves plenty of question marks surrounding the former 49ers’ starter. Colin is a quarterback for teams to consider though, once again, in 2021, if he still has the desire to return to the league. 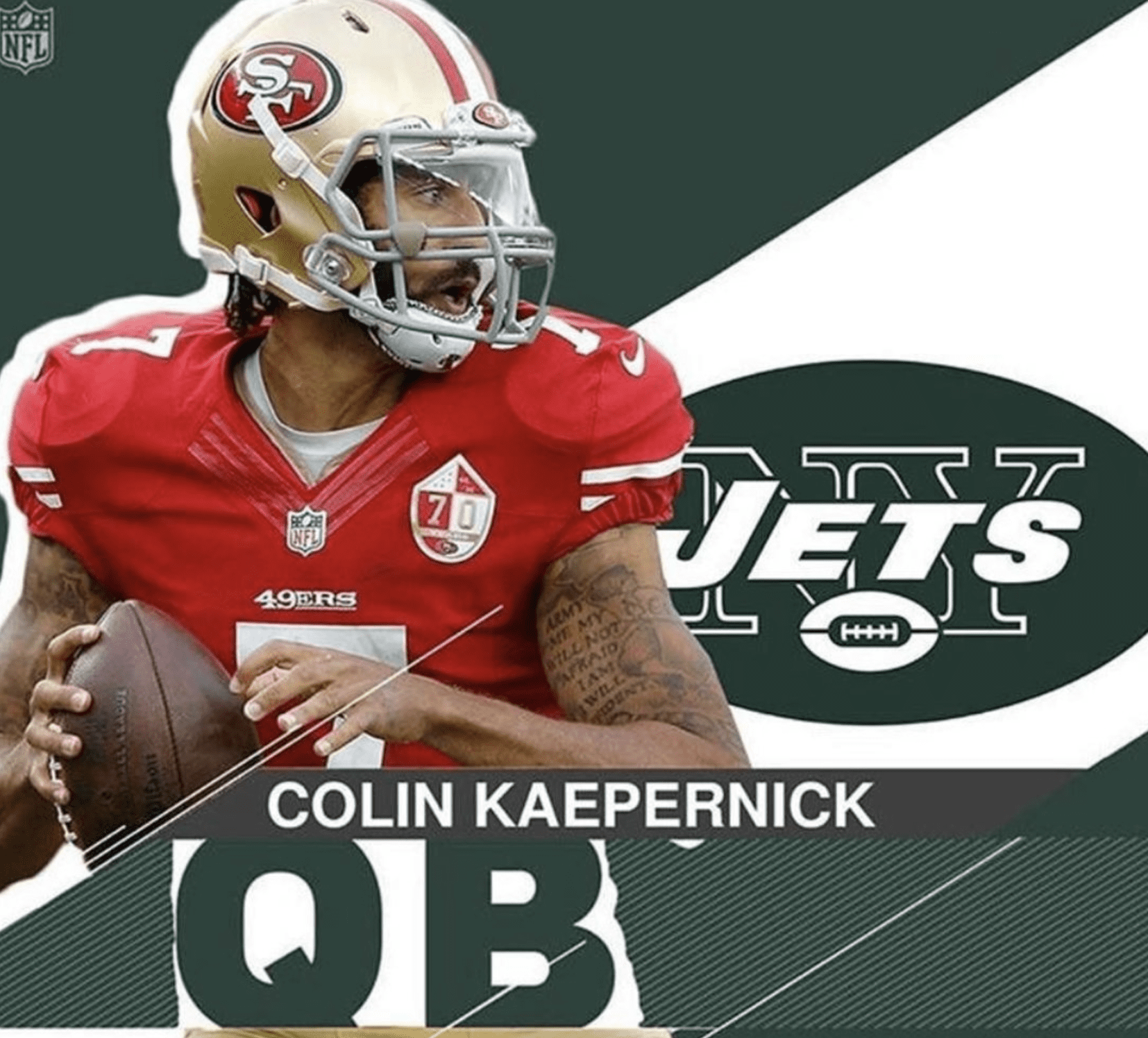 The world of misinformation strikes again. Today the New York Jets were tied to a situation that ended up trending nationwide. A Twitter account called SportsCenter with the real username being @SuperToughScene posted a tweet today stating, â€œJUST IN: The New York Jets have signed free agent QB Colin Kaepernick to a 1 year / $9 million contract.â€

They even credited Adam Schefter on the story and used the old NFL graphic for new signings that featured the old Jets logo. The story then got picked up by a few local media outlets nationwide and ended up gaining significant traction. I then received multiple texts of people asking, â€œWoah, the Jets signed Kaepernickâ€. I then had to fact check this and within seconds I had my answer. So, to set the record straight, Colin Kaepernick is NOT a New York Jet and is still a free agent.

Colin Kaepernick was at a low point in his career following the 2014 & 2015 seasons. The 49ers went through a drastic change in their front office and coaching staff and Kaepernick was coming off 3 surgeries. They were beginning a season with their third coach in three seasons. Kaepernick became blacklisted after kneeling for the Star-Spangled Banner.

Since that moment Kaepernick has been one of the most controversial football players in the modern era. Kaepernick lost his job after Kyle Shanahan took over the team following the 2016 season. Kaepernick then ended up being released and he has remained a free agent since then.

His controversial actions, legal battles with the NFL, and tryout went wrong have made him an unattractive QB for most teams. Although some people think heâ€™s still the Kaepernick they saw play in the Super Bowl in 2012, heâ€™s now 32 and was heading downhill when released.

The fact is, political beliefs aside, the Jets would not make this move from a football standpoint. Nor would any team. Kaepernick would want A LOT of money when at best, heâ€™d be a camp body competing for a backup job. His asking price wonâ€™t come down and teams around the league donâ€™t want to pay him an immense amount of money to sit on the bench and draw boatloads of media coverage that could divide their fan base. 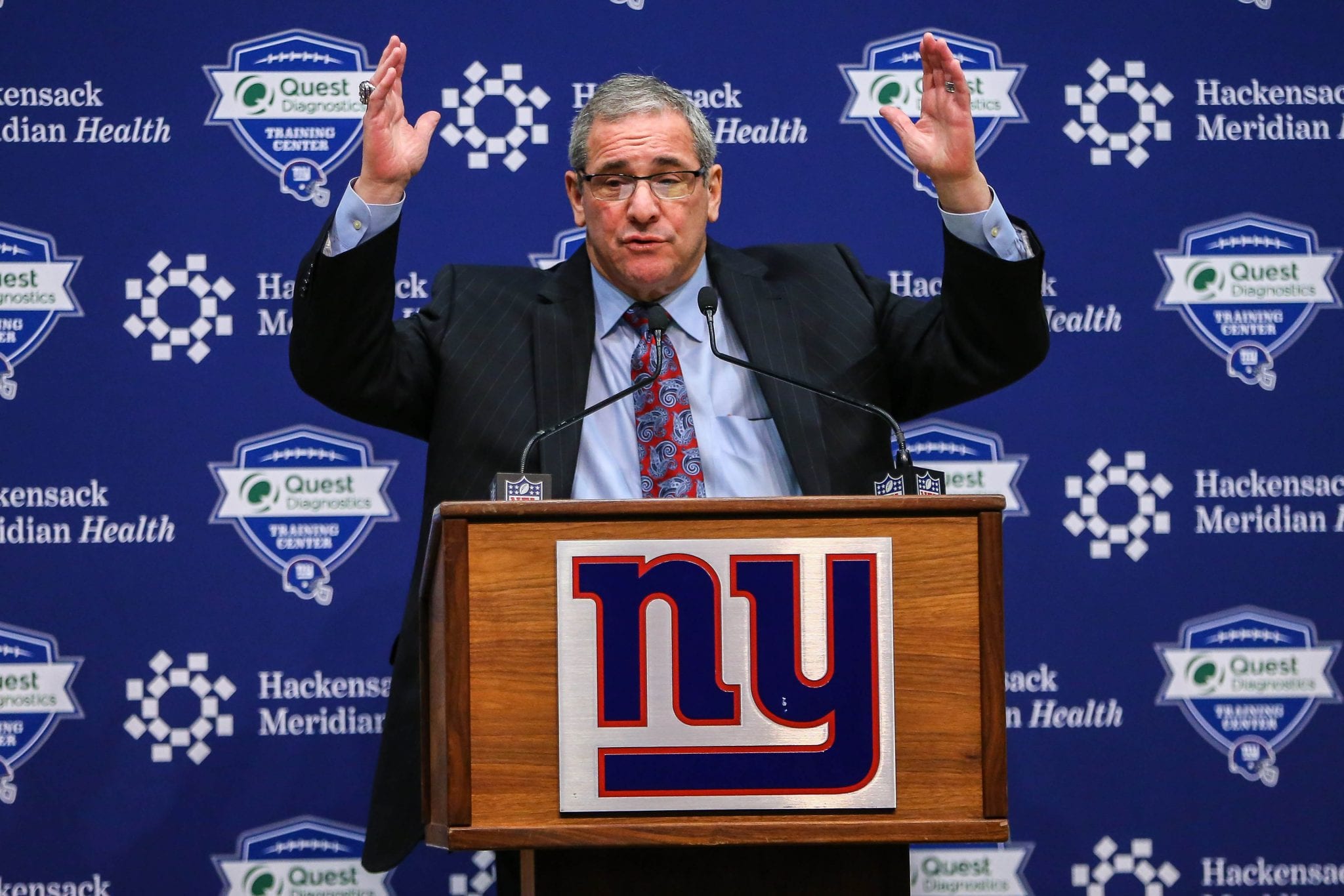 The New York Giants had planned on scouting free agent quarterback Colin Kaepernick’s open workout in Atlanta on Saturday but ended up skipping it after the location was changed.

The workout, which was originally set to take place at the Atlanta Falcons’ practice facility in Flowery Branch, which is about an hour northeast of downtown Atlanta but was moved to a high school field south of the city due to several conflicts between Kaepernick and the NFL.

As NJ Advance Media first reported last week, the Giants were among 24 teams planning to scout the former San Francisco 49ers quarterback before a chaotic Saturday changed those plans.

â€œIt is our understanding the changes changed the plans for several other teams, too,â€ the individual said Sunday.

Once the league cancelled Kaepernickâ€™s throwing session and interviews at the Falconsâ€™ facility and the 32-year-old decided to proceed as planned without NFL oversight at Charles R. Drew High School south of Atlanta on Saturday afternoon, the Giants and several other teams decided not to attend.

Kaepernick wanted to run a free form workout while the NFL wanted him to sign a waiver dictating the terms of the workout. The league also was attempting to restrict media access to the event, and that simply would have defeated the purpose of the whole affair for Kaepernick, who is out for the publicity as much as he is for reigniting his career.

The Giants and 15 other teams bailed after Kaepernick’s people decided to forego the NFL’s workout and move the workout to a location some 55 miles south of Flowery Branch.

The eight teams that attended Colin Kaepernickâ€™s workout Saturday in the Atlanta area:

It was a long shot that the Giants were willing to take a flier on Kaepernick in any event, so nothing ventured, nothing gained – or lost. As of this writing, no team has shown interest and that just might suit Kaepernick just fine as reports have surfaced that he would be perfectly content not playing another down in the NFL.