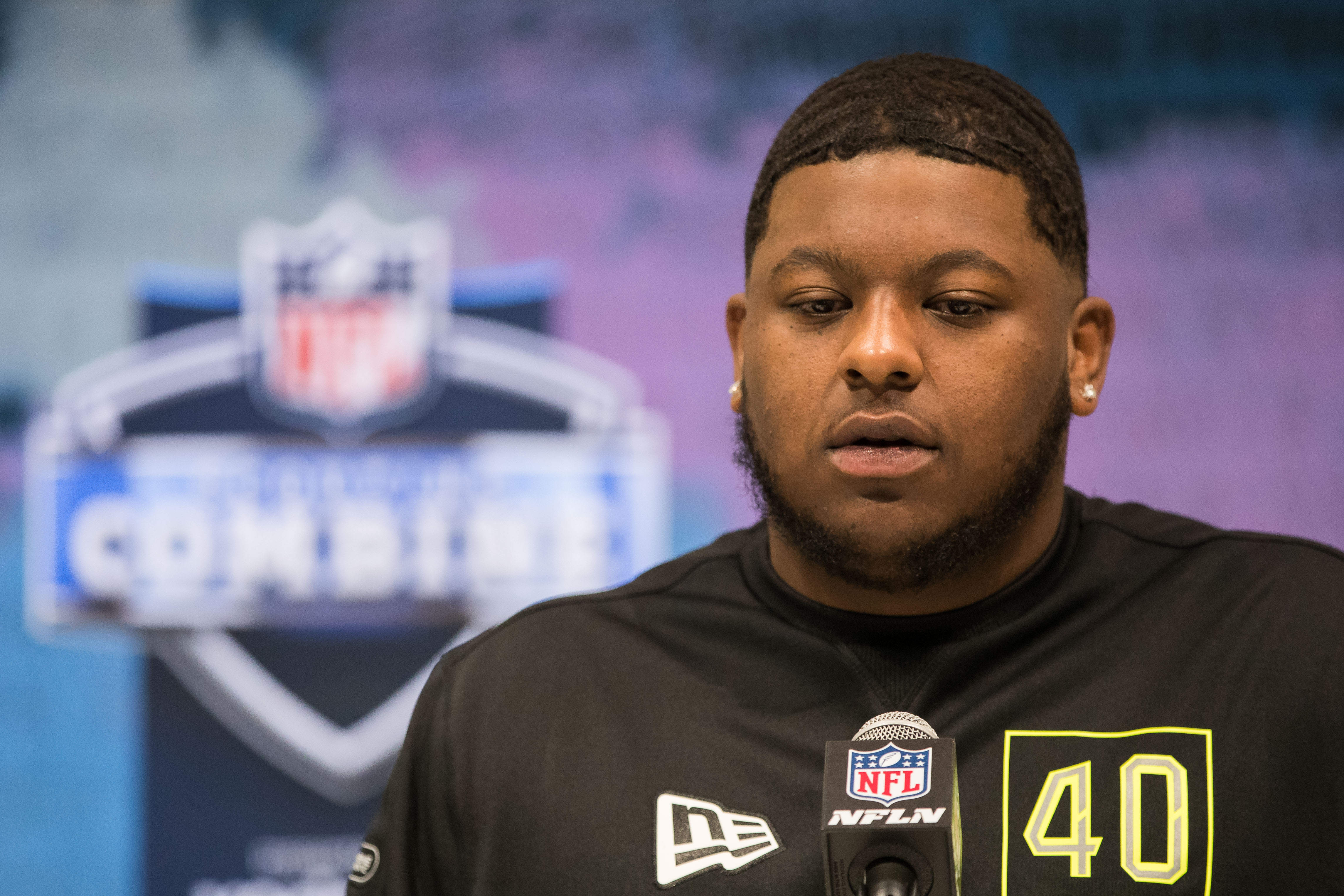 The New York Giants spent much money this free agency upgrading their defense. However, the team did not invest a whole lot into their offensive line- a positional unit that has not performed well in years. Nevertheless, the 2020 NFL Draft is two weeks away, and the Giants are going to have to spend some picks on offensive linemen.

The Giants’ offensive line is the weakest positional group on the team. But there is no single position weaker than the center. Offensive tackle is the other position that can be debated here, but that is only because it is a more valuable position. The Giants have two starting-caliber players playing tackle. They are not high-end starters and are not long-term solutions.

But the Giants do not have a legitimate starter at center right now. If the season started tomorrow, Spencer Pulley would be starting at center for the Giants. Pulley played in four games and started only one game in 2019. He is a high-quality backup and not someone the Giants should feel confident in starting when the 2020 NFL season kicks off.

Some Center Options Early On

There are multiple centers for the Giants to target in the 2020 NFL Draft. A few prospects could be worthy of the Giants’ thirty-sixth overall selection. If Cesar Ruiz slips out of the first round, he would be a home-run selection for the Giants in the second round. New York has held a virtual meeting with the stud Michigan center prospect (according to Jordan Reid of TDN).

If the Giants decide to wait a little later to find their center, they could snag Wisconsin center Tyler Biadasz in the third or fourth round. Biadasz started 41 collegiate games in Wisconsin and is one of the best interior offensive linemen in the draft class. He might not be day-one ready like Ruiz, but he definitely has potential as a long-term solution for the center position.

The New York Giants are looking at plenty of offensive linemen, but Cesar Ruiz should be a name to keep an eye on in the NFL Draft.

There are more holes for the Giants to fill than not, but the upcoming NFL Draft offers loads of talent to choose from to solidify positions of need. Offensive linemen are plentiful, and Big Blue has reportedly been interested in some of the top young prospects preparing to make the jump from college football to the NFL.

Several top recruits, including Andrew Thomas, Tristan Wirfs, Jedrick Wills, and Mekhi Becton, represent the cream of the crop, whom the Giants have done their due diligence with and will ultimately consider with the 4th overall pick. However, there’s one other offensive lineman who won’t be considered along with the top tackles available.

Center Cesar Ruiz is a player that should be on the Giants’ wish-list, but in the second round. The talented center would fill a significant void for Big Blue, who let Jon Halapio go in free agency this offseason and currently only boasts Spencer Pulley at the spot.

Cesar Ruiz, one of the top interior offensive lineman in this draft class, is receiving a ton of interest. He’s already met with 20 teams that include the #Dolphins and #Bears. He also has FaceTime meetings with the #Giants and #Jets in the coming days, per source.

At 6-foot-3, 307-pounds, Ruiz has a great foundation and center of gravity, two necessities for centers at the professional level. PFF regards Ruiz as the best pass-blocking center in college football, allowing just eight pressure over 447 snaps on passing downs. He’s equally as talented in the running game, moving defensive lineman and climbing to the second level with ease.

What else should the New York Giants like about Ruiz?

As arguably the most athletic center in the draft, his combination of technique and raw skills brings his overall potential sky-high. He can fit a variety of blocking schemes and is likely the most NFL-ready player at the position. The exciting part is that he also has plenty to develop, which only attests to the hype quickly building around his draft stock. He also has the potential to move to the guard position later on in his career, which improves his value even more, given the Giants eventually move on from Kevin Zeitler and look to allocate less money toward filling the center spot. This isn’t an ideal scenario, but you have to look at a player and wonder — where can they play if need be?

That’s the mentality new head coach Joe Judge, and GM Dave Gettleman have agreed upon, which I believe will help the team in the long run tremendously.