Forget the meltdown he had in Game 2 of the Wild Card series against the Yankees. Brad Hand is, arguably, the top left-handed reliever available in the market. As such, he has drawn interest from many clubs, and the last one to join the list are, of course, the New York Mets.

The Mets are seeking relief help since there is still some uncertainty regarding Seth Lugo’s role. The team brought elite righty Trevor May and lots of upside plays, but if they are able to secure Hand, the unit could be one of the best in the league on paper.

The Mets’ bullpen could really use a reliable lefty, since there aren’t many on the roster. According to Jon Heyman of MLB Network, the Mets have shown interest in Hand, who became a free agent after the Cleveland Indians declined to pick up his $10 million option for 2021 in a clear cost-cutting move.

The Mets have competition

The southpaw has been linked with other top clubs since the Indians let him go. The Toronto Blue Jays (like the Mets, they have been associated with virtually every major free agent available) and the Los Angeles Dodgers are reportedly interested.

For the Mets, it makes all the sense in the world to pair Hand with top closer Edwin Diaz. If Lugo returns to relief duties, the team could have a fearsome foursome of Diaz, Hand, Lugo, and May.

Only time will tell if the New York Mets make a move and bring Hand into the fold. But as far as free agents go, he makes all the sense in the world. 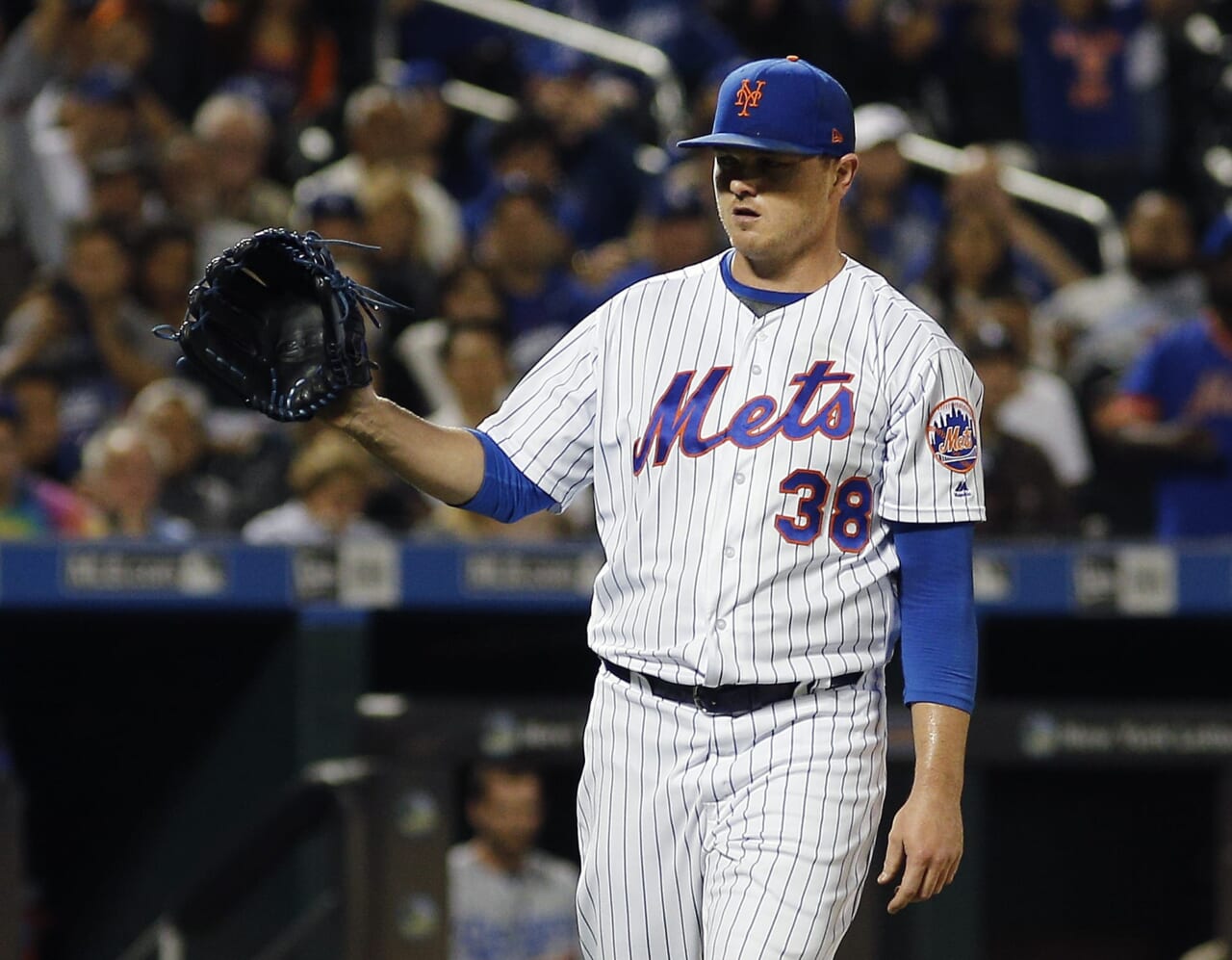 Liam Hendriks is absolutely massive and that is REAL loud popping the mitt, Iâ€™d love to see him in orange and blue next season. pic.twitter.com/YaXxM36rZx 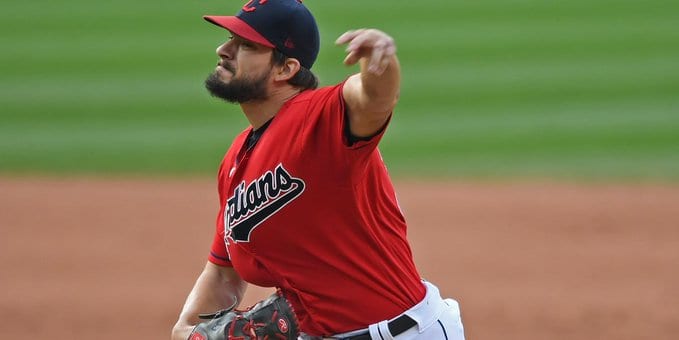 The once best in baseball New York Yankees bullpen is no more. This past season with the departure of Tommy Kahnle to Tommy John surgery and the ineffectiveness of Adam Ottavino, the Yankees were left in a vulnerable spot. Manager Aaron Boone was left with undependable relievers near the end of games. Even Chad Green had one of his worst seasons, although still mostly reliable, and the once unhittable closer Aroldis Chapman became hittable.Â  Chapman gave up the winning run in the last three attempts to advance to a World Series.

For years the New York Yankee bullpen depended on fast ballers to get hitters out. But this year,, the different looks of the Tampa Bay Rays and the Dodgers lower cost pitchers showed that my no longer be the way to go. In the later part of the ’90s and the 2000s the Yankees had the luxury of Mariano Rivera to close the game. When “Mo” walked out of the bullpen,, and you heard “enter sandman,” for the most part,, you knew the game was over and that the Yankees would usually win.

Upon the exit of Rivera from baseball, the Yankees spent a lot of money; they brought David Robertson back, acquired Andrew Miller, got Tommy Kahnle and later Adam Ottavino. They spent this money because they knew that they didn’t have a starting staff going to go deep into games.Â  That was then,, and this is now, and the bullpen has lost its glamour. One bright spot in the pitching realm was Luis Cessa,, who had his best year but is mostly a low-leverage guy.

With the New York Yankees starting pitcher situation in more disarray than it has been in years, the Yankees will again need to strengthen its bullpen. This will be a challenge for new pitching coach Matt Blake. He has many arms to work within Jonathan Loaisiaga, Luis Avilan, Jonathan Holder, and Tyler lines. Then there’s the young developing arms of Clarke Schmidt, Miguel Yajare, Brook Kriske, and Nick Nelson to be worked with, hoping that one of them can become dependable arms.

With Deivi Garcia most likely becoming a starting pitcher at some point in the upcoming season, the Yankees will most likely have to add a veteran arm to the bullpen with Kahnle expected to miss part if not all of the 2021 season. The Rays, who have barely spent a dime on their bullpen. Instead, they thrive on diversity in their â€˜pen: their relievers come from several different arm angles and have guys that range from crafty lefties to fireballing over-the-top righties. The Raysâ€™ bullpen has someone to match up with everyone. They Yankees will try to find a way to deversify so that they can show that same type of surprise.

Hand would be the excellent set up man for closer Aroldis Chapman and would challengeÂ  Zack Britton for that set up man spot, but both would put the Yankees back in the great pullpen discussion.

A couple of days after the Cleveland Indians placed him on outright waivers, it was revealed that Brad Hand went unclaimed (reported by MLB Network’s Jon Heyman) and is now in the market, which is something that may catch the attention of both the New York Yankees and Mets.

“Not one team claimed Brad Hand for $10M. He was a top 3 finalist for AL reliever of the year with a 0.77 WHIP. and 16 saves. Time to revise free agent contract projections downward! (Hand is now a free agent after Indians then declined the $10M option and paid $1M buyout,)” Heyman tweeted.

The transaction was made to cut cost, as the Indians didn’t want to pay him the $10 million to return. They were hoping that some team would claim the stellar left-hander and be on the hook for the money, in which case Cleveland wouldn’t have to pay the $1 million buyout. But since nobody claimed Hand, they will need to provide the $1 million payment.

The Indians probably thought someone would claim Hand, given his strong track record of success and the fact that he was one of the top relievers in the American League this season. Sure, some fans may have his collapse against the New York Yankees in the Wild Card series in mind, but the fact remains that he’s an elite reliever.

For the Yankees, it comes down to the potential cost. I’ve been saying that they need to build their bullpen from within and develop their own pitchers, but part of putting together an excellent relief unit is targeting low-cost free agents.

It’s not likely that he comes in very cheap, but he probably won’t be getting $10 million, since nobody wanted him at that price.

As for the Mets, Hand makes for an excellent target. Steve Cohen is taking over ownership and while he may not be after the big free agents, adding an arm like Hand to the bullpen makes perfect sense for a roster that is just a couple of pieces away from contention.

Both the Yankees and Mets would benefit from having Hand in their bullpen. Will one of them make a move for him?