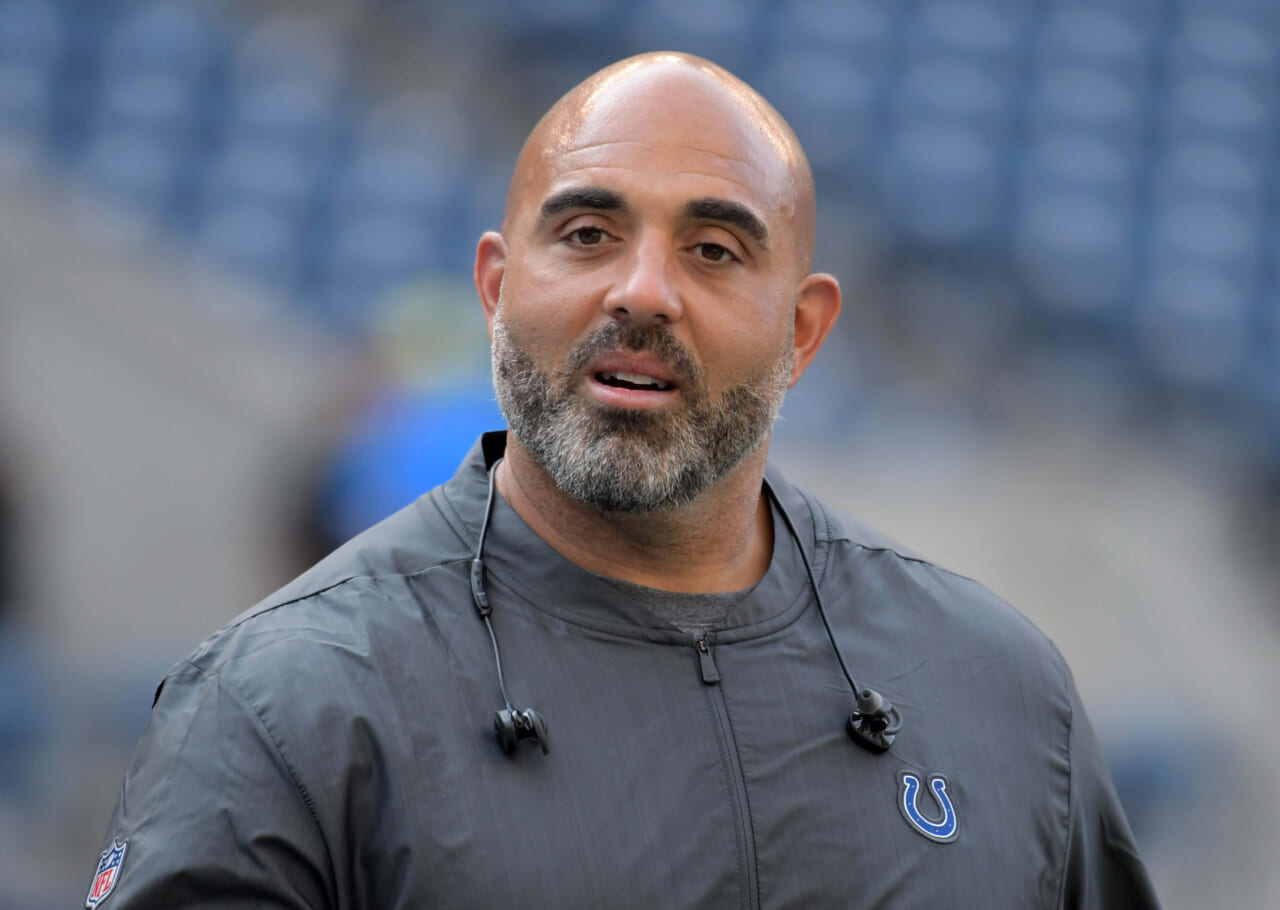 Reflecting on past coaching philosophies and methods will bring up some bad memories for New York Giants players. Extreme physical consequences and lap running were a part of Joe Judge’s disciplinary style. That was meant to hold each individual accountable for their actions. However, it ended up rubbing a lot of the coaches and players the wrong way.

That specific method wasn’t the only negative philosophy used in the previous regime. In fact, new offensive line coach Bobby Johnson indicated that he is still seeing “PTSD” and poor identity constructs that have impacted the players’ ability to develop and grow in the NFL.

The Giants have plenty of scar tissue after years of inept and disruptive decision-making from the coaching staff and upper management. Finally, the team seems to be in a better place with the modernizing of the front office, thanks to general manager Joe Schoen.

The New York Giants have a tough road ahead, but progress is all we need to see:

The team has a long way to go, but Johnson’s words stand out as a significant hurdle they need to overcome. Players still have scar tissue left from the past, whether that be poor practice habits or rehabilitation.

Looking at the offensive line specifically, the Giants have featured one of the worst units in football the past few years. They are looking to take a step forward with Evan Neal at right tackle and Mark Glowinski at right guard. Andrew Thomas somehow managed to escape the clutches of the former regime, excelling in 2021 and showcasing Pro Bowl level quality.

There is a long journey ahead for the offensive line to become a competent unit. At the very least, they’ve injected new talent that can overhaul the mentality in the trenches. Johnson mentioned this week that he wants aggressive players. If you’re not on the field, he will find somebody to take your spot.

The shift in philosophy will do the Giants well, providing more aggression and physicality upfront. That will directly affect Daniel Jones’s performance in the pocket.

At the end of the day, the team desperately needs to evaluate Jones in a better system. Johnson will plan an instrumental role in preparing the OL for the 2022 season. 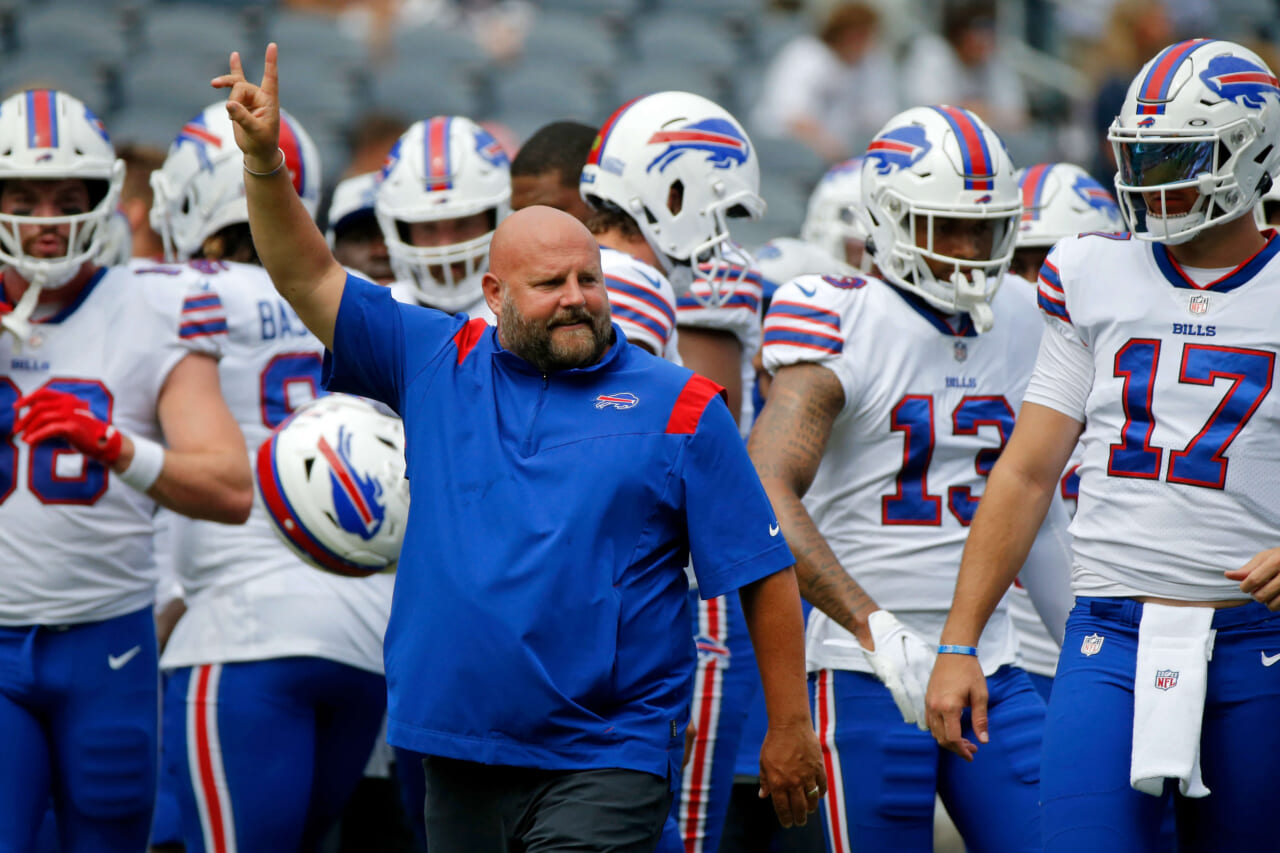 New York Giants head coach Brian Daboll had a popular reputation in Buffalo, and that popularity may help him secure other members of the Bills offensive staff. Not only is Ken Dorsey in the running for the Giants offensive coordinator spot, but it looks like Daboll is set to bring over his O-line coach from Buffalo, Bobby Johnson.

Buffalo O-line coach to join Giants, others could follow

Mike Silver from Bally Sports first reported the news, which has since been confirmed by Tim Graham from the Athletic. According to Graham, it’s already a done deal and the contract has been signed.

This, of course, is big for the Giants. While offensive line coach isn’t the most glamorous position, it’s nice to see it getting addressed early in the offseason with a signing that new head coach Brian Daboll is already familiar with.

The position has been anything but stable for the Giants during the past seasons, and that turmoil hasn’t helped an O-line that was afflicted this season by lack of depth and injuries.

Johnson was already there for one offensive line rebuild in Buffalo, and will have to help in another one thanks to the current state of the Giants line. He served two stints with the Bills, the first coming from 2010-11 and the more recent one lasting from 2019 until now.

The Giants may not be done signing coaches from Buffalo, however. According to Ryan Talbot from New York Upstate, assistant QB coach Shea Tierney and assistant O-line coach Ryan Wendell could be the next additions to join Daboll.

All in all, it’s clear the Giants staff will hardly look the same next season as old names are moved out and more influence from a winning organization is brought in. It’s an exciting time, and for once, it feels like the Giants are doing what they need to do to start winning.