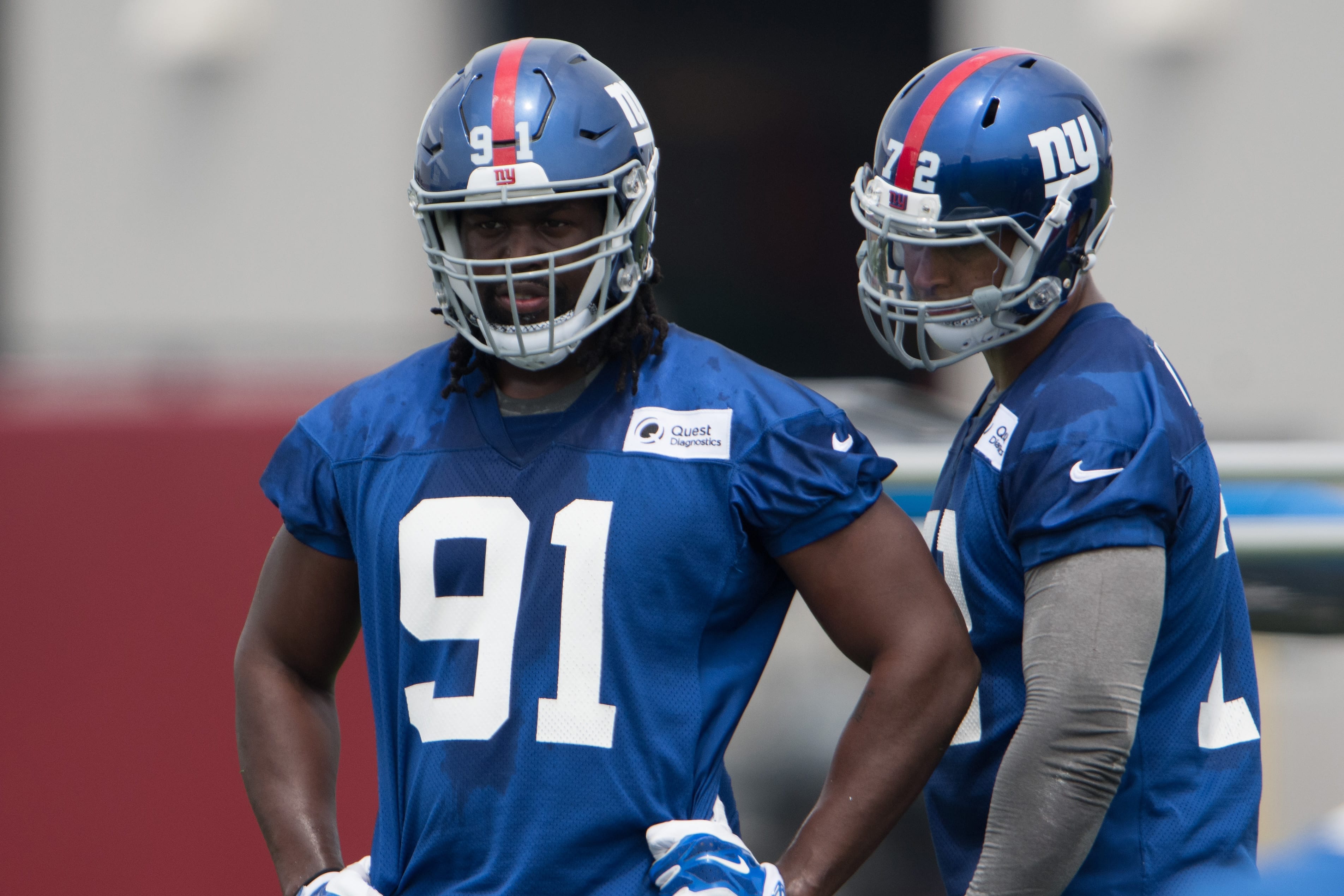 Second-year defensive end, Avery Moss, is primed to take on a much bigger role for the New York Giants.

New defensive coordinator James Bettcher, has brought over a 3-4 defense from the Arizona Cardinals, which means Moss will likely have to make the transition to a outside linebacker. Another player also making this change is Olivier Vernon, who will look to increase his sack totals in a defense that saw Chandler Jones rack up 17 last season.

Moss is a long-limbed athlete with excellent range on the edge. His quickness and loose hips allows him to get around the edge and slide off blocks rather well. As a defensive end, he lacks some strength, but at linebacker he should be able to utilize his mobility to catch offensive lineman on the wrong foot.

“I think I can fit the role,” said Moss, who played in 11 games with two starts as a rookie. “I’ve got to learn a little bit of the drops [in coverage] and all that kind of good stuff that goes with it, but I think it will be fun in this new defense. … Those guys were defensive ends, so we’re all learning this together. It’s all new, so we’re going through the same mental struggle together and everything like that, so it’s good.”

MUST READ: 3 keys that will make the defense successful

Dropping back into coverage will be Moss’s most significant challenge, since he primarily played as a DE throughout his collegiate and short professional career. Luckily, Moss has teammates like Kareem Martin to lean on during the learning process. Martin played OLB on the Cardinals with Bettcher, which will make the transition much easier for the Giants’ players making the transition.

“I can’t wait to congratulate and welcome the new guys to the team,” Moss said. “And then with the guys that came from Arizona, it’s great having those guys because they already have the mental background with the defense and they know everything, so it’s good to have that support system of help that’s right there with you.”

Finishing up his rookie season is a blessing for Moss, as he can now carry his developed talents into the 2018 season. He will look to increase his 2017 totals (14 total tackles) in the season ahead.