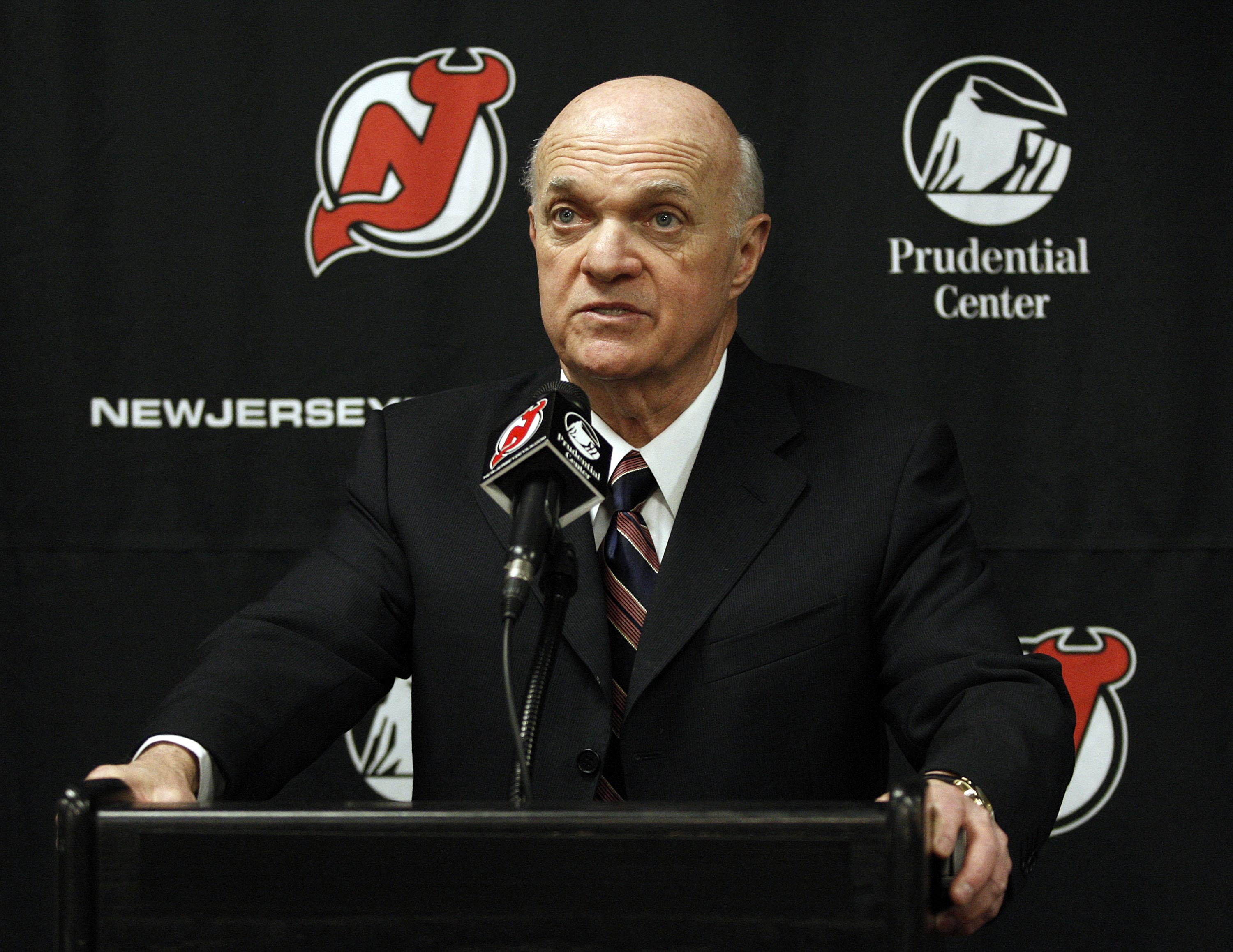 New York Islanders‘ general manager Lou Lamoriello is a nominee for the Jim Gregory award. This award goes to the best general manager of the year, as voted by his peers. Mr. Lamoriello has a strong case for winning this award. The Islanders’ captain and franchise player John Tavares left in free agency, and just 700+ days later, the Islanders are in the ECF. This doesn’t just happen off of good coaching; there needs to be a good roster put forth. Lou Lamoriello gave the Islanders the extra pieces they needed to make a deep playoff run.

J.G. Pageau has been one of the Islanders’ top playoff performers this year. Also, Pageau doesn’t lose too many faceoffs. On top of that, Pageau also is on the penalty kill. Lou Lamoriello traded late-round conditional picks for a second-line center and then signed him hours later to a cheap contract. Pageau is a perfect Islander, and Lamoriello traded virtually nothing for him. How many points did that late first-rounder score?

The Islanders drafted goalie Ilya Sorokin in the 2014 NHL Entry Draft. It took six years just to sign him. Lou Lamoriello not only signed Ilya Sorokin for this year but resigned him to a one year deal. Lamoriello signed Sorokin twice in the span of a day, while Garth Snow couldn’t sign Sorokin at all. Sorokin is going to be a key piece in the Isles’ quest to become Stanley Cup champions.

Every Islander fan always moans about how there are too many bottom-six forwards on the roster, how the young guys won’t get a shot because of that. The young guys like Bellows, Wahlstrom, and Holmstrom have to prove they’re worthy of taking spots away from these veterans. Derick Brassard is the name that comes to mind. Yes, Brassard is inconsistent. But, Brassard has scored some clutch goals as of late. Don’t forget his amazing pass to Andy Greene, leading to a goal in game 7.

Yes, Andy Greene has taken some costly penalties and turned the puck over a lot as of late. But, he was the perfect replacement for Adam Pelech when he went down. Greene is top 5 in shot blocks, and he’s a veteran leader. His play alongside Dobson in the regular season is amazing for Dobson’s development. Greene has scored some big goals in the playoffs and has been a solid top 6 defenseman.

Lou Lamoriello should be the general manager of the year. He took the Islanders roster from one of the worst on paper to a respectable one. The Islanders are in a better position for the future with Lamoriello at the helm. 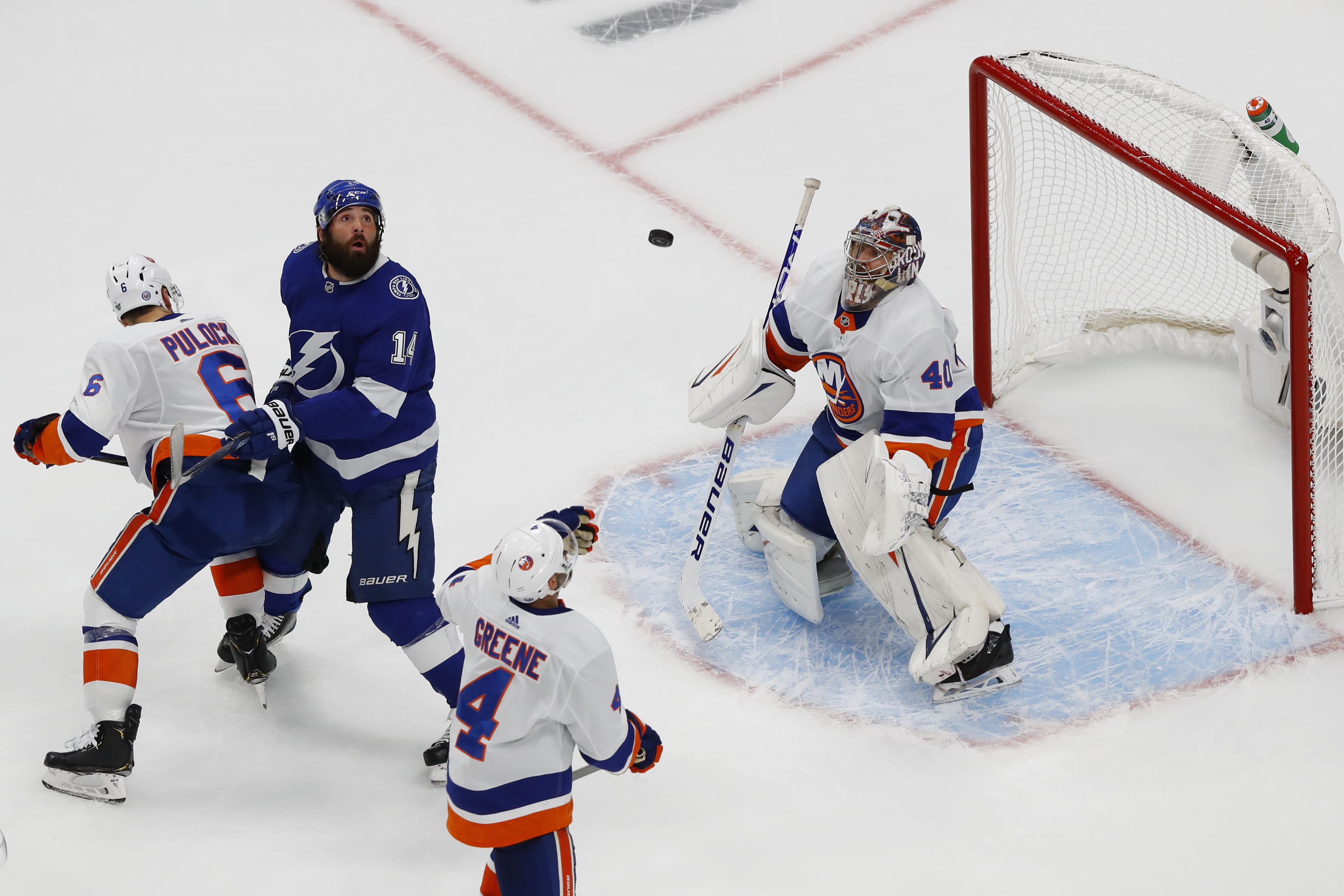 The New York Islanders got whipped last night against the Lightning. You can blame this on lack of rest, or just being out talented. There’s no room for mistakes in the Stanley Cup Playoffs. Changes must be made to the lineup. The Islanders need to make several changes and take game 2. Also, I will not be tackling the decision at the goalie spot just because it could be either-or.

I am not the biggest Ross Johnston fan, and it’s well documented. I mean, JG Pageau does the same thing, and he’s like 5 inches smaller and 60 pounds lighter. Ross Johnston doesn’t have the speed to help out the defense if they get caught on a 3v2. Johnston doesn’t play on the power-play kill. Johnston isn’t making momentum-swinging hits or fights happen. Either Tom Kuhnhackl or Michael Dal Colle should take Johnston’s spot. Kuhnhackl provides a ton of offense and forechecks with the best of them. While Dal Colle is solid in the neutral zone and is relatively fresh. The Islanders haven’t allowed a goal in the Playoffs when Dal Colle plays. One of those two must take Johnston’s spot.

Leo Komarov is a player most teams don’t think they need, but in reality, they need him. Komarov is a grinder and plays on the power-play kill, which the Islanders need help on. The Islanders can’t allow Victor Hedman to score three power-play goals a game. Komarov will lay it all out on the line if it means he can raise that Stanley Cup. Komarov also creates offense and gets his linemates in a good position to score.

Andy Greene has been a very inconsistent player for the Isles during the playoffs. One game, he scores from the point, and poke checks everything. Other games, he takes multiple penalties and provides too many opportunities for the other team. I don’t believe that Johnny Boychuk or Noah Dobson should take his spot, but Greene needs to earn his 17 minutes a night. The Isles are deep in the playoffs, there’s no room for error. 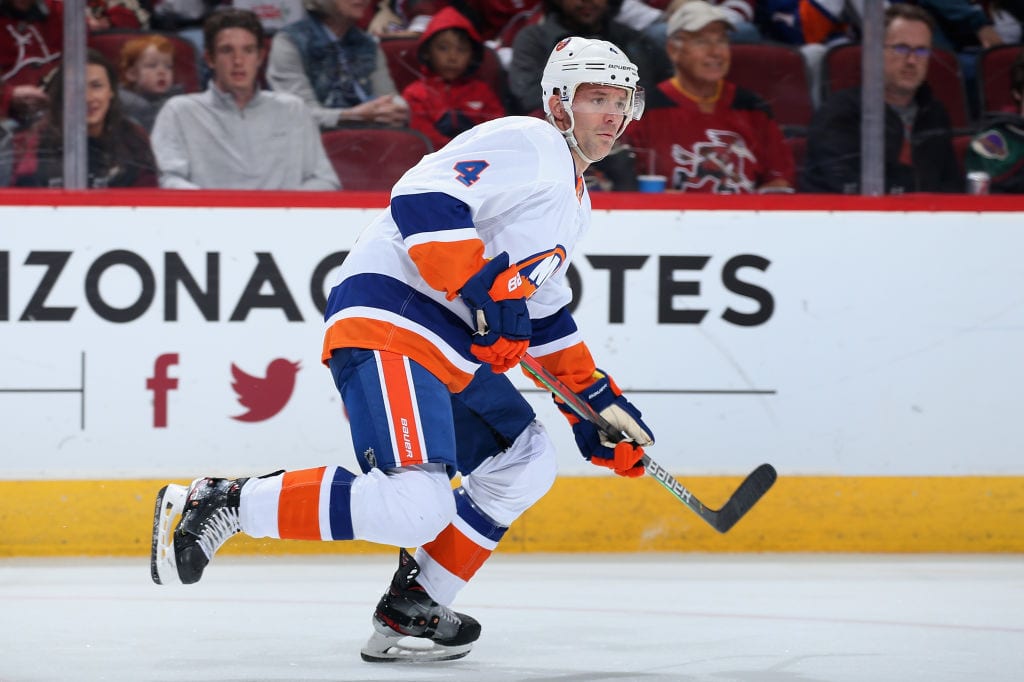 The New York Islanders defeated the Philidelphia Flyers 4-0 last night, as they take a 1-0 lead in the series. Game 1 has gone to the Island a lot recently. The isles took game one against the Penguins, Panthers, Capitals, and now Flyers, all in 2 years. This was not your average game one, though. This was not the back n’ forth neutral zone trap play that everyone was expecting. No, last night was domination from both teams. The Isles killed it in the 1st and 3rd period, but the Flyers won the second period. Despite this, the Islanders exercised their second-round demons. No wins in the second round for four years, until last night. And there were two key players who helped accomplish that.

How many goals did that second-round pick that Greene was traded for, score? That’s right, no one knows. Lou Lamoriello was laughed at by the critics for trading a 2nd round pick for a 38-year-old defenseman. This trade keeps looking better and better for the Islanders. Andy Greene opened up the scoring last night with a wicked shot from the blue line that snuck right under Carter Hart’s glove.

This was the first time in 10 years that Greene scored a playoff goal. It couldn’t have happened at a better time, though. This goal gave the Islanders the momentum they needed to shutout the Flyers. Greene also had an incredible skate save in the defensive zone. Travis Konecny had a wide-open net, and Greene shut it down with his right skate. Andy Greene was phenomenal last night.

The MVP chants just keep getting louder for goalie Semyon Varlamov. This marks the first time in Islanders history that a goalie had back to back shutouts in the playoffs. Varlamov is less than a minute away from breaking Billy Smith’s record for most time without giving up a goal. Just over 136 minutes played with nothing lighting the lamps. Varlamov has been what every Isles fan wanted and more. Varlamov currently has a 1.50 GAA, and a .941 save percentage. 1.50 GAA is a ridiculous stat for a professional goaltender, especially one in the playoffs. Islander fans used to be afraid when a puck went on the net, but not anymore.

The Islanders have a long road to go if they want to hoist the Stanley Cup, but taking game one will definitely help on their journey.

Andy Greene made quite the first impression in his first game with the New York Islanders.

Greene, 37, whom the Islanders traded for on Sunday from the New Jersey Devils in exchange for a 2021 second-round pick and 21-year old prospect David Quenneville, logged 19:46 of ice time and recorded an assist in the Isles’ 2-1 loss to the Arizona Coyotes.

“Duck’s legs under water,” the newly acquired D-man told reporters after the game. “I was sitting there trying to make simple reads and simple plays. Try to ease my way into the game and go from there.”

The Islanders had been ailing big time in the absence of Adam Pelech, who suffered a freak injury at the beginning of last month. Greene came in yesterday and immediately filled that void. His presence was felt right away when the Islanders were trailing 1-0.

Just before the six-minute mark of the middle period, the Coyotes came in on an odd-man rush and got off on Islanders goalie Semyon Varlamov that left a rebound and a wide-open cage. Greene, the heady player he’s known to be, saw a streaking Clayton Keller making his way to the front of the net and saved it from being a 2-0 game by blocking Keller’s stick from putting home the loose puck.

Greene wasn’t done there. He contributed on offense, something that’s rare even for him; Greene only had 11 points on the season before yesterday’s game.

In the third with the Islanders down a pair and them pressing, he threw a shot from the point that was deflected home by Anthony Beauviller, cutting Arizona’s lead in half and notching his first point for his new squad.

The Isles’ penalty kill also saw a boost with Greene’s addition. They went a perfect 2-for-2, and Greene himself blocked one shot and saw 2:32 of ice time with the Isles shorthanded.

“It’s what the doctor ordered,” Trotz also said. “He’s poised. I thought he handled their top line and he’s a good complement for Pully. It’ll definitely be a good fit for us.”

Islanders G.M. Lou Lamoriello still is in need of a forward and could make another move with the NHL Trade Deadline now six days away. But his first acquisition, Greene, showed in one game what he’s going to bring for this team down the stretch.