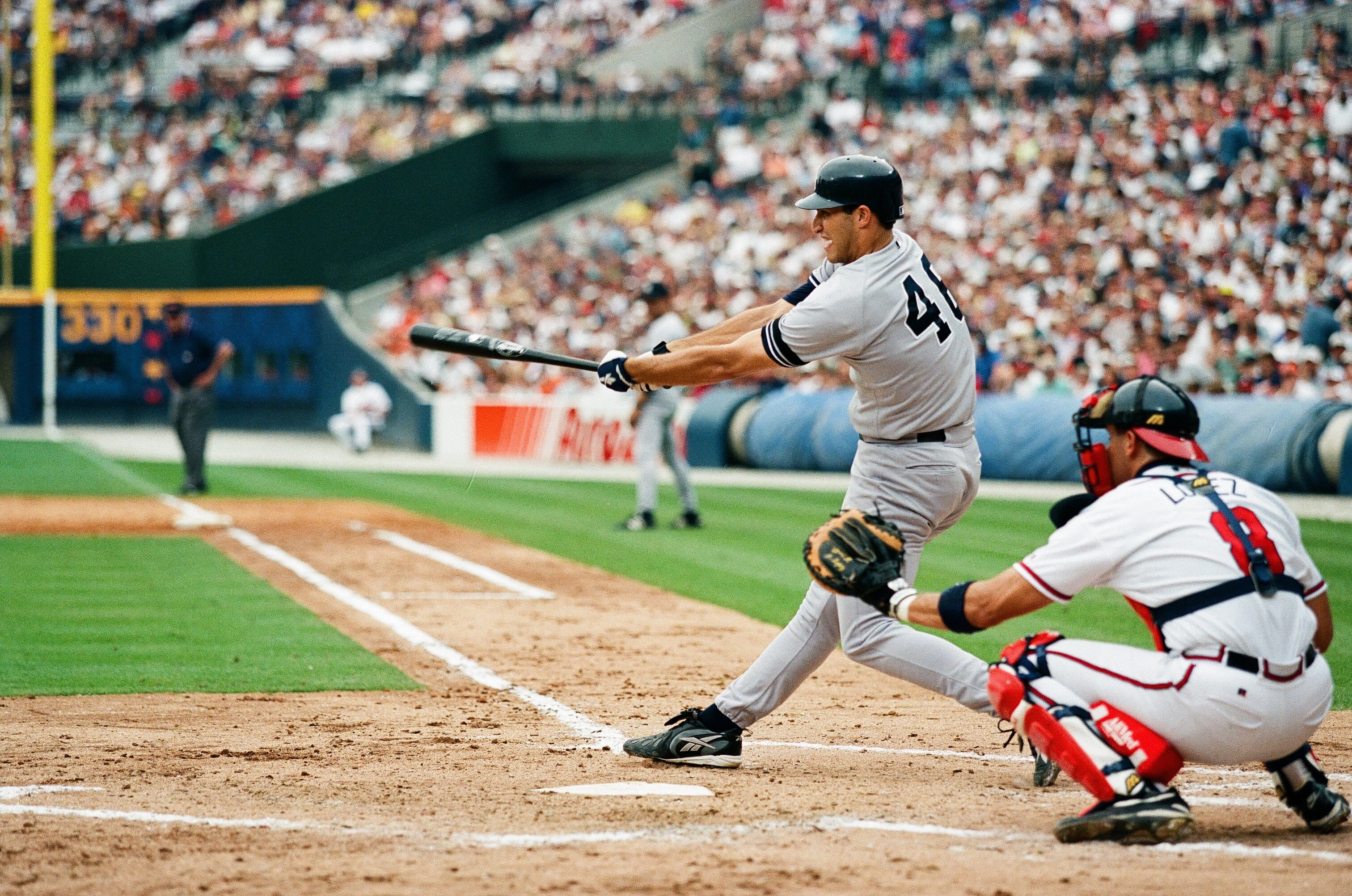 The New York Yankees’ are minimally impacted by the potential universal DH, but pitchers at the plate have produced some memorable moments.

When it comes to the New York Yankees and a universal designated hitter, they’re ones that more than likely would have no qualms with such a concept.

As Major League Baseball and its players continue to make little progress in the quest to open the 2020 season, one of the conditions that have emerged from a potential deal is the arrival of a DH coming to both the American and National Leagues. AL baseball has employed such a position since 1973, while the NL has continued to put a pitcher in the batter’s box. If and when baseball makes its return, that concept will likely go the way of the World Series day game.

The Yankees, forced to employ the concept of a pitcher at the plate during their visits to NL parks since the 70s, have seen the ugly side of the concept with injuries to starters Chien-Ming Wang and Masahiro Tanaka coming on the basepaths. Not everything has been all bad though, as ESM looks back on a starting lineup of fine at-bats from pinstriped pitchers…

Red Ruffing reached Monument Park and Cooperstown thanks to his exploits on the mound. But, on a team that featured sluggers like Babe Ruth and Lou Gehrig, it was Ruffing that came up big during a September 1930 matchup with the St. Louis Browns. The right-hander had an uncharacteristically bad day at the mound (7 IP, 5 ER, 10 H), but he hit two home runs, ones that allowed the Yankees to go into extra innings in what became a 7-6 victory at Sportsman’s Park.

Not to be outdone, Ruffing duplicated his feat of, well, duplicate home runs during a 1936 visit to Cleveland. His offensive contributions weren’t as necessary this time around, but Ruffing nonetheless produced two solo shots in a 15-4 win over the Indians. This time around, though, he complimented his performance with a strong outing on both sides, as he threw a complete game in the first half of a doubleheader at League Park.

There’s playing an impactful role in a victory and then there’s what Spud Chandler did in a July 1940 win at Comiskey Park. Not only did he throw a complete game, but he also drove in six runs in the Yankees’ 10-2 victory. The coup de grace came when Chandler crushed a grand slam in the final inning. To date, Chandler is the most recent…and perhaps final…Yankees pitcher to hit two home runs in a single game.

The implementation of the original, AL-exclusive designated hitter came in 1973, eliminating most, if not all, offensive dreams Yankee pitchers may have had. Steve Kline helped the concept of pinstriped pitchers at the regular season plate go out in style with a two-hit game in a crucial showdown in Detroit. He would come in to score on an RBI single by Bobby Murcer, giving the Yankees a 3-0 lead. Alas, it appeared to go all downhill once Kline’s special day ended. After seven shutout innings, he let up four in the eighth before being lifted for Sparky Lyle. The Tigers erased a 5-0 lead to earn a 6-5 walk-off, part of a stretch that removed the Yankees from AL pennant contention. Kline’s performance for naught was the last multi-hit game for a pinstriped pitcher until Mike Mussina accomplished the feat in a 2002 visit to San Diego.

Heartbreak awaited the 1972 Yankees in the form of five straight losses to end the year. Their final win, however, left just enough room for some more pitcher-at-the plate heroics. Having taken over for Mel Stottlemyre after six innings, Lindy McDaniel took Detroit ace Mickey Lolich deep for a home run in the top of the ninth, giving the Yankees a 2-1 lead. While the Yankees let the gift up almost immediately…a Rusty Torres error allowed Detroit to tie the game before Roy White won it for the Yankees in the 12th…McDaniel became the last Yankee reliever to drive in a run for nearly three decades, as Mike Stanton finally pulled off the feat in a win over Montreal in 2000.

If you’re a Mets fan, now is perhaps a good time to check ESM’s plethora of Amazin’ content. Some of the more recent moments when it comes to pitchers at the plate have come during the Subway Series. The Mets have had such moments as well (shoutout to Shawn Estes and Dae-Sung Koo), but the AL’s Yankees have more of a reason to celebrate thanks to the presumably former exclusivity. Mussina’s 2001 season was strong as it was (17-11, 3.15 ERA, 214 strikeouts), and that was on full display during a bout in Flushing. He drove in his own winning run in the second inning, following up a Bernie Williams solo shot with an RBI single that put the Yankees up 2-0. With his only flaw on the afternoon being the allowance of a Robin Ventura home run, Mussina was able to outduel Kevin Appier over 7.1 innings for a narrow victory.

1998 draft pick Brandon Claussen made but one appearance in a Yankee uniform, but the 34th-rounder certainly made the most of hit. Called upon to pitch the second, Queens-based half of a crosstown doubleheader with the Mets, Claussen not only lasted 6.1 innings in his first career start (outdueling Tom Glavine in a 9-8 win), but he also drove in the last part of a five-run fifth inning on an RBI single at Shea Stadium. Despite his brevity, Claussen is part of a major footnote in Yankee history. Just over a month after his Yankee cameo, he and fellow minor league pitcher Charlie Manning were dealt to Cincinnati at the trade deadline. New York’s haul in return? Aaron Boone.

The only thing rarer than a Marino Rivera blown save was a Mariano Rivera at-bat. Rivera visited home plate countless times to meet his catcher after locking down a win, but only held a bat on four occasions. Two of them came during the 2009 season. Four days after flying out to center in a win over Atlanta, Rivera came into close out the Mets at Citi Field in four-out fashion after Brian Bruney got into trouble with a 3-2 lead. After striking out Omir Santos with David Wright in scoring positon, Rivera came to the plate to face fellow New York closer Francisco Rodriguez, who intentionally walked Derek Jeter to get to him. With the eyes of New York upon him and the bases loaded with pinstripes, the closers engaged in a battle of wills in Queens. Rivera won out, walking on a full count to drive in Melky Cabrera, helping his own cause with an insurance run and a 4-2 lead. More history awaited Rivera in his normal half of the ninth, as he went on to earn the 500th save of his illustrious career with a scoreless ninth.

Things were getting spooky for the Yankees on Halloween. Any momentum sought to be gained in their 2009 World Series tilt with the Philadelphia Phillies after A.J. Burnett’s shutdown performance in Game 2 was about to go by the wayside in Game 3. Three runs in the third helped the defending champions build a 3-2 lead in front of a home crowd at Citizens Bank Park near the midway mark. Nick Swisher led off the Yankee half of the fifth with a double off Cole Hamels, who subsequently struck out Cabrera. Hope for a rally seemed to be at its end with Andy Pettitte due up, but the lefty instead put momentum in the New York corner for good. Pettitte’s single to center on Hamels’ first pitch would score Swisher, tying the game and driving in the only postseason run of his career. He would later score alongside Jeter on a Johnny Damon double, tallying the run that gave the Yankees the lead for good. Pettitte later earned the win (his third of the 2009 postseason) and went six innings as the Yankees took home an 8-5 decision. They later stole a second win in Philadelphia before clinching their most season Fall Classic in The Bronx four nights later. 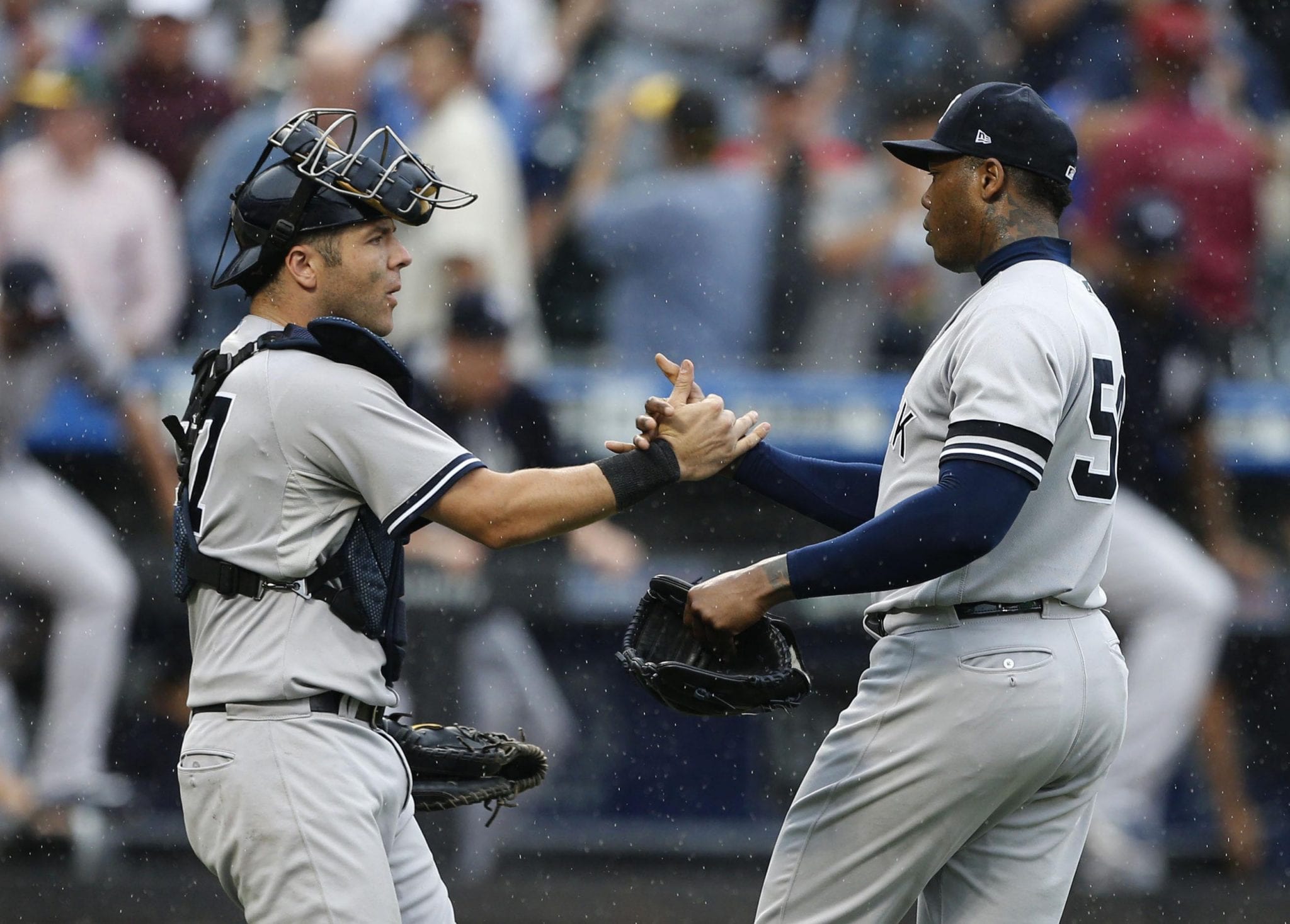 In 2018, New York Yankees catcher Gary Sanchez missed a good portion of the season because of groin injuries throughout the season. When he went down, back-up catcher Austin Romine did a great job behind the plate, but in the case for Yankees fans, did Romine do “too good of a job” in the sense that he could be traded to another team to take the role as a starting catcher? If that were to happen, would Kyle Higashioka do a good enough job as the back-up?

Is Romine deserving of a starting job elsewhere?

Around the trade deadline last season, the first rumors emerged that teams would possibly be interested in acquiring Austin Romine in a trade for a pitcher. He caught a good amount of games from May into mid-summer when Sanchez was rehabbing his groin and found himself on the DL twice.

Another thing that attracts teams to Romine is his work ethic and passion of the game. In 2018, he won the Yankees “heart and hustle award”, and has previously worked so hard to try and get back to the major leagues after limited appearances in 2011, 2014, and 2015, and no appearances in 2012. He’s also been known to stand up for his teammates and call out opposing players when need be. His most famous example of that is his brawl with Miguel Cabrera in 2017 against the Tigers.

Could Kyle Higashioka do a good enough job?

Kyle Higashioka has also been constantly working as hard as he can for his shot. Despite many trips up and down from AAA since the beginning of 2017, he wasn’t able to get his first until 2018 when he hit a long home-run during Sunday Night Baseball against the Red Sox.

His first three major league hits were actually home-runs but only hit .167 in 72 AB. He did have solid defense, with just one error in 20 starts, but his arm needs work. He would generally put the throws on target, just not quick enough.

Higashioka clearly had trouble at-bat in 2018, and also struggled in AAA batting only .202. With that average, he should be lucky that the Yankees were relatively low on catching options because he could have easily been sent down to AA. His fielding percentage was even slightly lower with Trenton, at .986.

Kyle Higashioka clearly needs work to be MLB ready. Besides his fielding percentage, his hitting numbers are nowhere near ready to be the MLB back-up catcher. If the Yankees were to trade Romine, they would need to receive a MLB ready catcher in exchange or sign an MLB veteran catcher, or claim one off of waivers. Veterans Matt Weiters, Caleb Joseph, and Stephen Vogt are all free-agents and could work as a back-up if a trade were to happen.