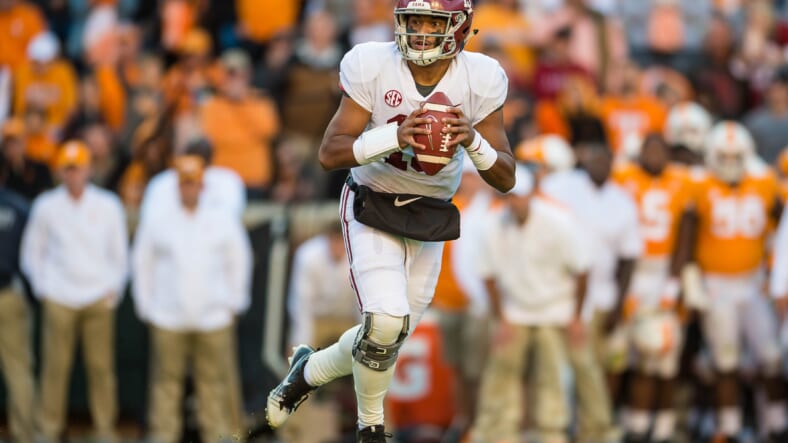 Today on the Pat McAffe show, the Chargers GM Tom Telesco spoke with Pat about the preceding weeks leading to the draft and their views coming into this upcoming draft season. Tom disclosed that they had selected three quarterbacks (Joe Burrow, Tua Tagovaiola, and Justin Herbert) for their draft board picks and would have selected Tua if Justin was taken before their pick in the 2020 NFL draft.

After hearing about the leak regarding the Dolphins looking for an OT, Tom said he didn’t really ever believe that they would pass up on a QB.

Tom has made it clear that he is hopeful that this will be one of the few times they have a top spot in the draft and said he felt it was important for them to draft a QB. He joked that he will not be the GM for too long if they keep having these top draft picks.

The Chargers have one of the most talented rosters on paper in the NFL even if that was not reflected in their 2019 season. Â Last year, they had a few factors that caused them to start playing losing football games. Phillip Rivers seemed to be losing his touch and battling against father time as well as they had contract negotiations with Melvin Gordon for a good part of the season. Austin Ekeler did a fantastic job in his replacement. However, when Melvin returned back for split time with Austin, they were never able to create a rhythm when playing together.

It will be interesting to see the Chargers QB1 position battle play out. The Head Coach, Anthony Lynn has said that Tyrod Taylor is the starter for now but it is a competition for the starting position between Tyrod and Justin. The Chargers saw many similarities in what Tyrod Taylor and Lamar Jackson’s numbers looked like on the field and are looking to replicate that success. Â Many the of teams in the NFL have moved away from benching their high drafted QB for a year, recognizing how important it is to make use of the rookie contract for such a valuable position.