ESM’s Super Bowl LV Preview: Everything you need to know 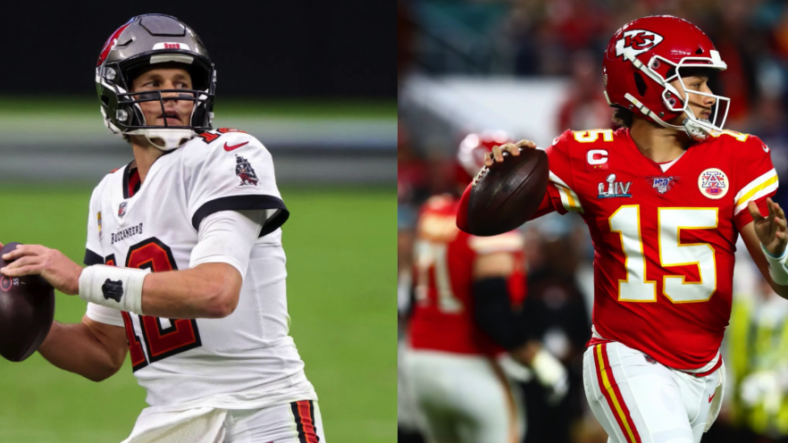 While the quarterback matchup has rightfully taken center stage, Super Bowl LV will be decided through team endeavors.

The road to the Super Bowl was a bit bumpier this time around. Nonetheless, the countdown to the regularly-scheduled has finally ended.

Sunday will mark the end of the tumultuous 2020-21 NFL season, culminating in a slightly stifled celebration at Raymond James Stadium’s hosting of the 55th Super Bowl (6:30 p.m. ET, CBS). The Kansas City Chiefs will look to defend their Super Bowl crown carrying over from South Florida last season against the Tampa Bay Buccaneers, who return to the so-called Big Game for the first time since their victory over Oakland in 2003. The game also has the added subplot of being staged at Tampa Bay’s home of Raymond James Stadium, which will host its third Super Bowl.

This game has generated a significant amount of hype for its quarterback matchup, which unites greatness from the past, present, and future. Kansas City will send out Patrick Mahomes, the defending Super Bowl MVP from their prior triumph over San Francisco, while the Buccaneers counter with Tom Brady, who is almost as much of a staple as the halftime show and the commercials combined. Brady will partake in his 10th Super Bowl, seeking to win his seventh championship.

“Could you imagine if Michael Jordan got his team to the Finals in â€™98 or when he was older, against a young LeBron James, whoâ€™s really the face of the league?â€ game analyst Tony Romo said of the matchup, per Sam Farmer of the Los Angeles Times. â€œIt would be the greatest thing in the history of sports. I think we might actually have that Super Bowl. We might have that game. It just has never happened.â€

But, of course, this isn’t a matchup between the Patricks and the Bradys…it’s the Chiefs and Patriots.

ESM has everything you need to know about Sunday’s matchup…

This is a rare case of a modern Super Bowl rematch, as the two teams previously faced off in the regular season. On November 29, Kansas City took home the finest Floridian souvenir, a 27-24 triumph in Tampa. Mahomes threw for three scores and 462 yards, 269 of which went to Tyreek Hill.

What lessons can be gleaned from that game?

The Matchups to Decide It

Much to the presumed chagrin of the metropolitan area, there is plenty of local representation in Super Bowl LV. Kansas City has perhaps packed a secret weapon from East Rutherford, as defensive coordinator Steve Spagnulo’s ultimate claim to fame is his shutdown of the all-powerful, undefeated unit in Super Bowl XLII. The reunion has crossed Brady’s mind as he comes into the ultimate rematch.

â€œI think he really caters to the strength of his players,â€ Brady said this week, per Pat Leonard of the New York Daily News. â€œI think his scheme has evolved different times that Iâ€™ve played him several times over the last I dunno 13, 14 years. I think heâ€™s a tremendous coach and everyone seems to love to play for him. I know heâ€™s gonna have those guys ready to go.â€

Jason Pierre-Paul vs. The Replacements

One of the most intriguing stories coming out of the 2021 postseason has been a delightful resurgence of Jason Pierre-Paul, one of several Giants defenders who made Brady feel uncomfortable in one of the two Super Bowl victories over New England. Now working with Brady in a collaborative Super Bowl effort, Pierre-Paul has been invading opposing backfields for him. Those efforts culminated with two sacks of Aaron Rodgers last week in Green Bay.

Making things even more difficult for the Chiefs is the loss of blocker Eric Fisher, leading to a reshuffling on the line in front of Mahomes. Andrew Wylie will take on an extended role in trying to contain JPP, as will Steven Wisniewski. While Kansas City has been lauded for their depth, trying to keep a hungry Pierre-Paul under control is one of the most unenviable tasks in Tampa on this Super Bowl weekend.

The Buccaneers will win if…

If you wanted to beat the Chiefs?Â BeÂ the Chiefs.

Don’t take your foot off the offensive gas pedal. Go for it on fourth down. Take deep chances down the field whenever the opportunity presents itself. And, for the love of all things holy, make things difficult for Patrick Mahomes.

In our coverage of the Buffalo Bills’ AFC playoff endeavors, we’ve talked about how the best way to keep Mahomes in check is to keep him off the field entirely. Since Mahomes too over starting duties, Kansas City has lost nine games. In all but one of those contests, Kansas City lost the time of possession battle. To his credit, Brady was one to note this during the pair’s first playoff showdown in the 2019 AFC Title game. Including the extra session, New England held the ball for over 43 minutes of game time, leaving Kansas City a mere 20 minutes.

The Chiefs will win if…

Their defense is the difference-maker.

Everyone knows that the Chiefs’ offense should not be trifled with, and they’re well prepared to endure a shootout situation. But bigger games have often come down to down to defense, and the Chiefs have been happy to acquiesce. When Mahomes had to leave the Divisional game against Cleveland, the defense put Chad Henne in comfortable situations. Pressure allowed them to shut down Buffalo’s high-powered offense in the AFC title game, to the point where the Bills lost their composure entirely. This well could shape up to be a career-changing night for guys like Tyrann Mathieu, Chris Jones, Bashaud Breeland, and others. Coming back against the 49ers is one thing. But dealing a Super Bowl loss to Tom Brady…