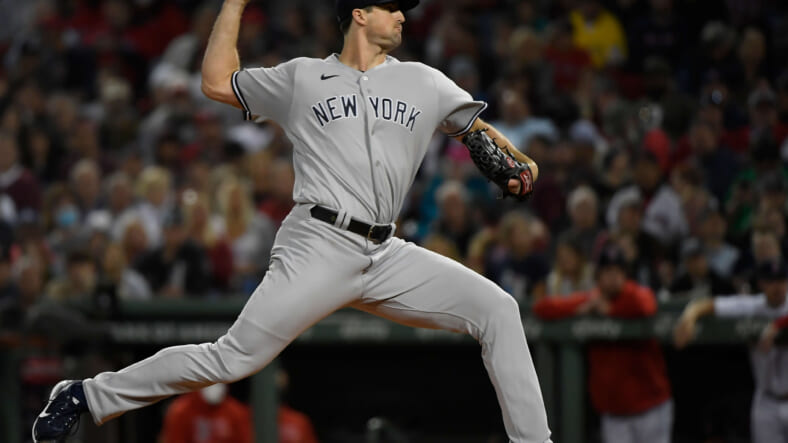 The Yankees are prepared to send All-Star closer Clay Holmes to the injured list after he told the media his back “locked up” on him in recent days. He is expected to be back as soon as he is eligible, or shortly after.

The days off will be beneficial for him, as the Yankees try to look for answers about his recent struggles. From April 8 to July 28, he had a 1.20 ERA in 45 innings, but everything has gone south since then.

From July 31 to August 12, the last day he pitched, he allowed six hits, four walks, and seven (!) earned runs in just four frames. His ERA is 15.75 since that last day of July, and it’s evident that hitters found something on Holmes.

His pitch velocity remained more or less the same in both instances, but his command and control numbers are way off.

His recent struggles with the Yankees could be explained, at least in part, by the fact hitters have decided not to swing as much as before, increasing the potential to get ahead in the count. From the start of the season until July 28, Holmes’ swing% was 47.7 percent. From July 31 to August 12, it’s 40.2 percent; with a 38.2 Zone% that is virtually unchanged compared to his mark through July 28 (38.8).

The Yankees would like to see some adjustments by Holmes

It means that Holmes’ percentage of pitches thrown in the zone has been relatively stable all season. What appears to have changed is the way hitters approach him. Now, it will be his turn to adjust back.

You know his command is not the same as earlier in the season when you look at his awful 33.3 percent first-pitch strike rate since July 31. For the season as a whole, it’s 55 percent.

That approach change by hitters, plus his huge early season workload, are probably what ails him. It’s likely we will see at least a slight change in his pitch mix when he returns: perhaps he brings back a few four-seamers, decreases his sinker usage, and goes to his slider more.

The Yankees clearly need him to make adjustments and return to being a reliable late-inning option. Perhaps he is not a sub-1.50 ERA guy, but he is much, much better than what he has shown recently.