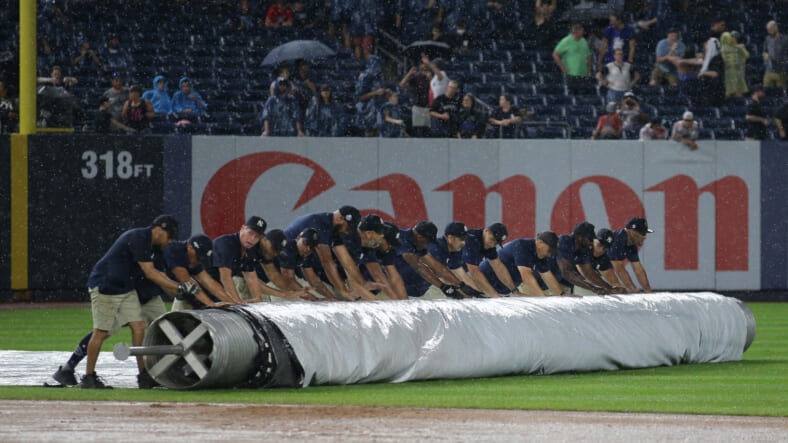 The New York Yankees are gearing up to face off against the Cleveland Guardians in Game 2 of the ALDS on Thursday night. For some odd reason, the MLB scheduled an off day between Game 1 and Game 2, an odd phenomenon given the weather forecast for Thursday.

While Wednesday is a gorgeous sunny day with 70° temperatures and minimal wind, Thursday is expected to be rainy and ugly for the majority of the evening. Currently, rain is projected to begin Thursday afternoon and last until early Friday morning.

Obviously, this would likely shift Thursday’s game to Friday and Game 3 on Saturday, as scheduled in Cleveland. The pitching matchup is expected to be Nestor Cortes Vs. Shane Bieber, but the day off would give Bieber additional rest.

The Yankees will face off against a rested Shane Bieber:

Bieber faced off against the Tampa Bay Rays in the Wild Card series on October 7, five days ago. He pitched 7.2 innings, giving up three hits and one earned run over just 99 pitches. Bieber was one of the best start starting pitchers in baseball this season, finishing the regular campaign on a high note. He posted a 1.62 ERA in August and a 2.51 ERA in September before dominating a solid Tampa Bay squad to get his team to the ALDS.

However, an extra day off would also give Gerrit Cole more rest, given they require his services in game four, which was expected to be a bullpen game, likely featuring plenty of Jameson Taillon and Domingo German. However, one extra day of rest could push Cole back into the rotation after Luis Severino features in game 3.

Nonetheless, the chances of game 2 occurring on schedule are slim, given the rather wet weather forecast.