Yankees: Two lowkey players who have made a significant impact this spring 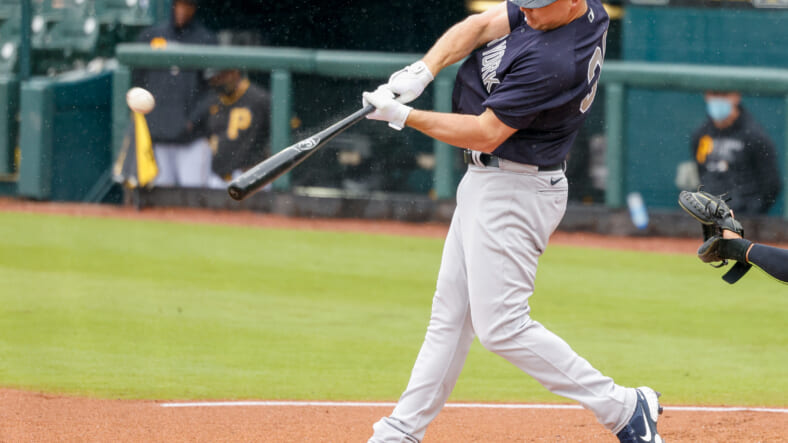 The New York Yankees have had a successful spring, despite falling to the Baltimore Orioles 2-1 on Saturday evening. Their offense has gone quiet the past few games, but their pitching remains a strength. Against Baltimore, Michael King last 4.0 innings, recording six strikeouts and giving up one run. He currently has a 3.46 ERA this spring, but with a majority of the backups featuring against the Orioles, they only managed to record three hits and one run.

With player cuts already underway, the Yankees elected to part ways with first baseman Mike Ford, which could indicate a low-key player making the roster and potentially having an impact on the 2021 season.

Here are two New York Yankees who can make the active roster:

Lucas Luetge has been phenomenal this spring, pitching 6.1 innings and earning a 0.00 ERA with 13 strikeouts and just for hits allowed. At 34 years old, Lucas hasnâ€™t played in the MLB since 2015 with the Seattle Mariners. Having bounced around the minor-league system, heâ€™s experiencing a rejuvenation, and the Yankees could benefit tremendously, especially with star relief arm Zack Britton for the next few weeks.

One of the reasons the Yankees likely reassigned Ford is due to the emergence of Jay Bruce. The former first-round pick back in 2005 is known for his slugging ability, having hit double-digit homers in 11 of 13 total seasons. Last year with the Philadelphia Phillies, Bruce had six HRs and 14 RBIs in 32 games. While 2020 was a down campaign, he most recently hit double digits in 2019 with 26.

Jay Bruce said that he has shown his health and ability to play multiple positions this spring. Regarding his March 25 opt-out, he is eager to find out if the #Yankees see a place for him on the roster.

Bruce has had some health complications in the past but has proven he can be a consistent threat, hitting .261 this spring, including two home runs and three RBIs. If he continues to show adequacy at the plate, he could be a first-choice reserve option in the outfield, and the Yankees always prefer sluggers over contacted hitters.