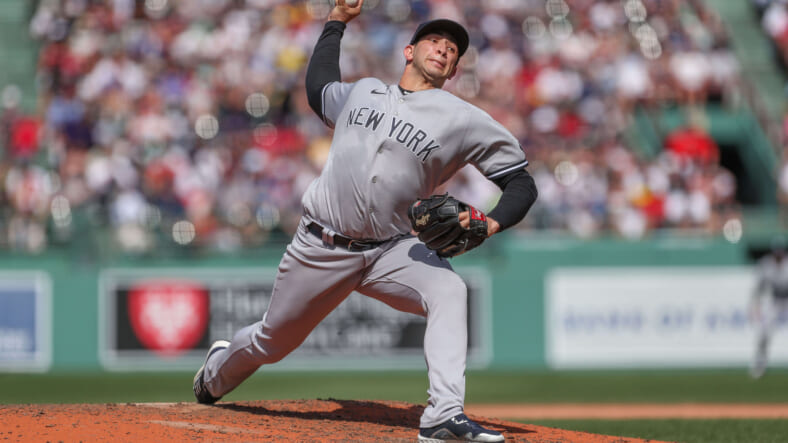 If you thought the New York Yankees would pass the luxury tax threshold at the trade deadline in an effort to improve the teamâ€™s chances of making the playoffs, that doesnâ€™t appear to be the case after their most recent transaction.

We all woke up on Wednesday with the news that the Yankees traded relievers Justin Wilson and Luis Cessa to the Cincinnati Reds for a player to be named later, in what should be effectively viewed as a salary dump in the mold of the Adam Ottavino trade with Boston in the offseason.

The Yankeesâ€™ angle appears to be getting rid of some salary with the anticipation of making another move prior to Fridayâ€™s deadline, presumably for Texas slugger Joey Gallo, Rockiesâ€™ star Trevor Story, or Marlins dynamic outfielder Starling Marte.

What does this tell us? It seems like the Yankees are trying to fit another piece but wonâ€™t be surpassing the soft cap in doing so. They want to avoid being taxed at all costs, even if it means trading a good reliever.

The Yankees lost a good reliever in Cessa

The left-handed Wilson hadnâ€™t been reliable at any point this season for the Yankees, even hitting the injured list a couple of times. However, Cessa had evolved into a good reliever, a piece capable of contributing to a team with playoff aspirations.

Perhaps the Yankees wanted to get rid of Wilsonâ€™s salary and had to sacrifice Cessa to find a trade partner.

According to NJ Advance Media, â€œthe wheeling and dealing, which included the Pittsburgh Pirates trading right-hander Clay Holmes to the Yankees for two minor leaguers on Monday, saves $1.08 million towards the $210 million luxury tax threshold. According to Cots Baseball, the Yankeesâ€™ luxury tax number now is $207,631,173, which computes to $2.369 million under.â€