Yankees: The Athletic announces the top 20 Yankee prospects for 2020 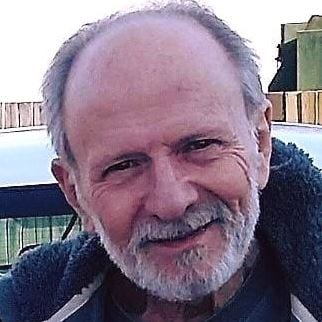 I am 73 years old and a resident of Northeast Connecticut. I am a lifelong Yankee fan, from the time my Grandfather bought our first-ever television so that he could watch the 1950 World Series. Before retiring, I was a Dept. Store District Mgr. I owned a large pet shop for almost 50 years. My hobbies are writing, cooking and photography. I've been writing about the Yankees for several years. I am a member of the Society for American Baseball Research and a Yankee Columnist for EmpireSportsMedia.com. My columns include Yankee Top 10's, Yankee Legends, and Yankee Player biographies, I also write breaking news and analysis. I welcome your comments to any of my articles.
Share18
Tweet
18 Shares

The Athletic’s Keith Law has listed his top 20 New York Yankees’ prospects for the upcoming 2020 MLB season. Law’s list includes some very well known names to Yankee fans, but it also includes a few surprises and unknowns.  Ahead of the season, there are usually several lists projecting who are the up and coming players for all teams; these lists include MLB’s, Baseball Prospectus, Baseball America, and others. Law’s list is just the latest.  In the past several years, the Yankees have improved their farm system and have developed some great talent that are working their way up to the majors.  Among the lists, some have Deivi Garcia as No.1 some have Clarke Schmidt and No.1, whichever the top three have very bright futures with the Yankees, both Garcia and Schmidt could see action in the majors this year. The 17-year-old Jasson Dominguez has a few more years of development remaining.

Clarke Schmidt, who has already impressed in spring training.  Schmidt is another Tommy John veteran, having the surgery in 2017.  The Yankees drafted him in the first round in 2017 after the South Carolina 21-year-old had a great year with the Gamecocks. Schmidt threw 111.1 innings showing off better than average strikeout stuff.  The Yankees, due to his rehab from TJS, have taken it cautiously with Schmidt.  Even so, he has progressed nicely. The 24-year-old still has to prove that he can continue to expand his innings limit, with an injury-free season.  The Yankees have been looking at pushing him to 140 innings this year at Scranton.  But again now, with the major league starting rotation in flux, due to injuries, they may push him even harder. “Schmidt will pitch at 91-95 mph, and he already misses bats with his fastball, pairing it up with a power slurve that’s 80-85 and is best when it’s harder and gets more slider-like tilt to it,” Law said.  Even if Schmidt doesn’t make a major league debut at some point in the season, if he continues on the trajectory from last season, he could end up as the most effective starting pitcher for Triple-A Scranton/Wilkes-Barre by the end of 2020.

Deivi Garcia has attracted a lot of attention from the media in the few days he’s been in Tampa. Garcia is known as a strikeout machine as he struck out 165 batters in just 111 innings this past season. With his swift progress last year, he can smell the majors getting closer.

“Of course, I would love to contribute, right, in some way. It’s always — you understand that you’re getting closer.” Garcia said. “Being here, I have an opportunity to learn a lot from all the veterans in this room, that’s something that I want to do,” All of Garcia’s comments are translated by the Yankee’s Dominican born translator Abreu.

Manager Aaron Boone and the coaches will be observing Deivi as the spring training season progresses, mainly because of how fast he has advanced in the minors, last year he advanced from the AA Trenton Thunder to the AAA Scranton Wilkes/Barre Rail Riders.  It was previously thought that he might make his major league debut sometime this year, but now with the loss of Luis Servino, that might happen earlier according to how he performs in spring training.  Last season at Scranton Wilkes/Barre, many observers thought Garcia tired and lost some velocity, that’s when Schmidt leap-frogged Garcia into the No.1 prospect spot.

Enter Jasson Dominguez.  Every once in a while, a club is lucky enough to latch onto a “super prospect.” Super prospects like Mike Trout, Bryce Harper, Steven Strasburg, the Upton brothers, and a few others usually succeed and transfer from the super prospect status and become true superstars in the majors.  Baseball managers and scouts alike place Jasson Dominguez in the same league with those mentioned above.  Some say they have never seen a 16-year-old  with the talent Dominguez displays.  Dominguez just had his 17th birthday on February 7. The young switch hitter has a powerful bat, fantastic speed and agility on the bases and a cannon of an arm that matches players that are already in the majors.    From everything this writer has seen and heard about Jasson, he is less hype and will be more like the next Mickey Mantle for the Yankees.   The Yankees farm system has dramatically improved in the last few years, producing major league stars like Aaron Judge, Gleyber Torres, and Gary Sanchez. Don’t be surprised if Jasson skips many of the stops that most players go through in the minors.  He may end up in AA Trenton before the end of the season.

A name that may not familiar to Yankee fans is T.J. Sikkema, who was selected by the Yankees with the No. 38 overall pick in the 2019 MLB June Amateur Draft out of Missouri. T.J. Sikkema made four starts in Short Season-A Staten Island, pitching to a 0.84 ERA over 10.2 innings pitched, Sikkema struck out 13 and walked one while allowing one run on six hits.  T.J. stands for Tyler James.

“The University of Missouri starter works with three pitches, up to 96 mph with a slider and change, but gets raves for his ability to mix and match, changing slots and using both sides of the plate,” Law said of the 21-year-old.   He went 7-4 with a 1.32 ERA, and 101 strikeouts to 31 walks in 88.2 innings pitched over 13 starts as a senior while attending the University of Missouri last spring.

Yoendrys Gomez has been with the Yankees since 2016 after signing for just $50,000 out of Venezuela. He spent 2019 between Advanced-Rookie Pulaski and Class-A Charleston. Gomez went 4-2 with a 2.12 ERA, and 28 strikeouts to 10 walks in 29.2 innings pitched over six starts.

Law said that the 20-year-old Gomez “spent most of the summer sitting 94-95 mph as a starter, sometimes touching 98, although he wore down a little in August,” although he has an “average” curveball and some feel for his change-up, despite the tendency to “overthrow” it.

In his career so far, he has an ERA of 3.69 and strikes out one player per inning in 139 innings pitched.