Yankees stole spark plug from Texas Rangers: ‘he got shafted, pretty much, in Texas’ 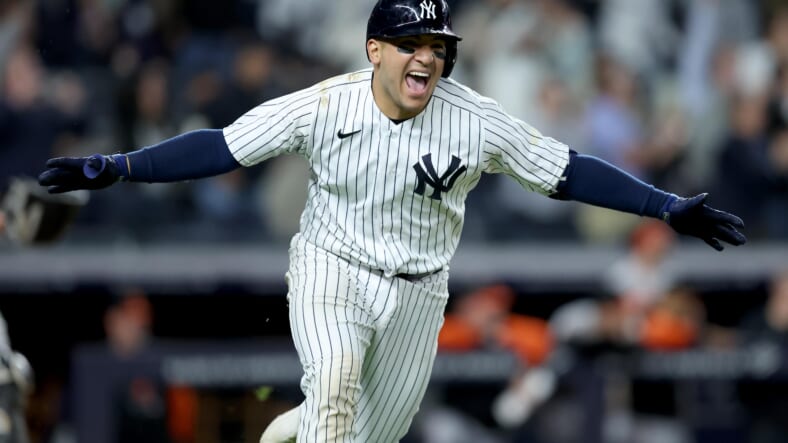 When the New York Yankees traded for Texas Rangers catcher Jose Treviño, they didn’t expect him to become one of the best players at the position this season. Treviño has been a godsend for the Yankees, a team who has struggled defensively at catcher in the past with Gary Sanchez.

Offensively, the position has been a complete liability in the strikeout category. Treviño is offering the team a player we can get on base but also has underrated power.

The Yankees are giving Treviño the chance to shine:

Treviño never really got the right opportunities to feature his qualities in Texas, playing a maximum of 89 games last season. He hit .239 with a 26.7% on base rate, but all Treviño needed was a bit of loyalty and commitment from his manager.

“He got shafted, pretty much, in Texas,” Kiner-Falefa told The Post on Friday ahead of the Yankees’ game against the Astros. “For him to have this opportunity to do what he’s doing now, there was never a doubt for me thinking that he was gonna do this. It was more so questioning Texas’ decisions and what they were thinking, the whole process of signing those guys and bringing those guys in [ahead of Treviño] didn’t make any sense to me.”

Kiner-Falefa makes a great point, considering the Yankees not only landed Treviño but also gained back one of the pieces they sent in the trade originally, Albert Abreu.

The value Treviño is providing offensively for the Yankees is something nobody saw coming, except for maybe Kiner-Falefa.

Some of the best defense in baseball:

Defensively, Treviño hosts a 53.6% strike rate, which is the best number in baseball by almost a whole percent. Behind him is Jonah Heim, ironically from the Rangers.

“I definitely think he’s an All-Star catcher,” Clay Holmes said. “I played with Jacob Stallings last year [in Pittsburgh] and he won the Gold Glove in the NL. Treviño, he’s pretty special back there and I hope he gets the recognition.”

Treviño is one of the best catchers in baseball when it comes to framing low pitches. He’s earned a 61.1% strike rate at the bottom of the strike zone and 45. 5% in the bottom left corner. He has five catcher framing runs saved the season, tied with Heim for the best in baseball.