Yankees: Stanton makes Statcast history after two-homer night, but knows there is still work to do 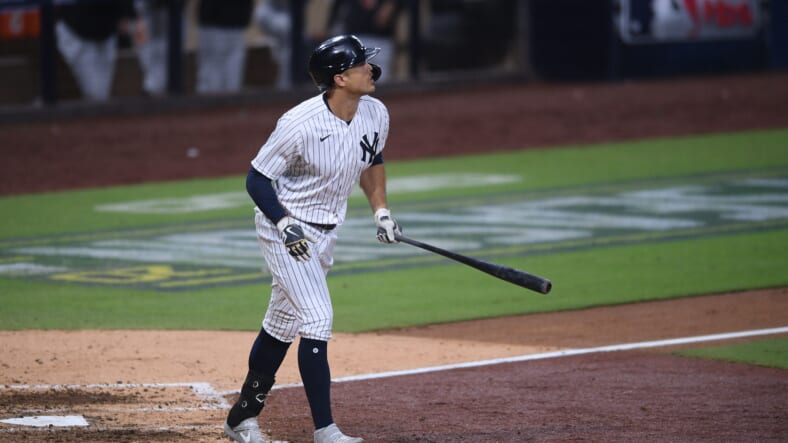 New York Yankeesâ€™ designated hitter Giancarlo Stanton had quite a night on Friday, hitting two home runs and making sure the Bombers earned their third victory in the last four games. He hasnâ€™t been having a good season, but last night may be the start of something good.

Yankeesâ€™ pitching coach Marcus Thames had told Stanton to get back to basics and improve his pitch selection. It sounds simple: lay off the balls, swing at strikes. Yet, in the game of baseball, there may not be a harder thing.

For a night, though, the Yankeesâ€™ slugger was just that: a slugger. He became the first player in the Statcast era to hit two home runs of more than 115 miles per hour in the same game.

“It’s nice to catch up to some fastballs, put the barrel on the ball and help us get a win,” Stanton said per the league’s official site. “One good game isn’t anything either, so I’ve got to just feed off of it.”

The Yankeesâ€™ powerful hitter was on a 3-for-32 slump before last night.

“Obviously, I had to make an adjustment,” Stanton said. “Sooner or later, if you stick to it, it’s going to pan out. It’s already a failure-first sport, so it’s just sticking with something and making slight adjustments with that.”