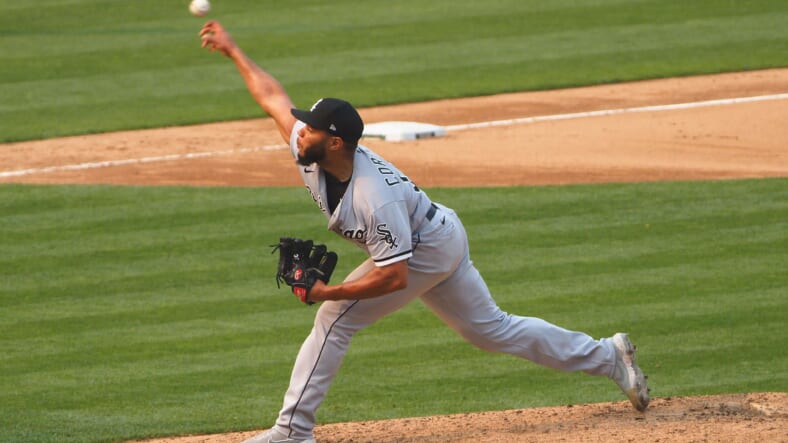 The New York Yankees might be banned from signing Major League talent, but they’ve been active bringing on Minor League players to help build out their depth in Triple-A. After signing Rob Brantly to an extension as a depth piece and bringing on David Freitas as another veteran catcher, the Bombers looked to their bullpen for another reserve arm.

General manager Brian Cashman helped sign 30-year-old Jimmy Cordero to a contract after undergoing Tommy John surgery last March. The Yankees have a fetish for players coming off Tommy John surgery, but Cordero has posted solid numbers in the past.

The veteran righty has a wide range of pitches he utilizes, including a fastball, slider, cutter, curveball, and change up. His fastball has solid velocity, but injury drove it down to 96.7 mph from 97.5 mph in 2019.

If Cordero can regain some of his velocity from past years, he could be a solid depth piece and bullpen arm for the Yankees. Given the number of injuries they have sustained over the past few years, having high upside depth is a necessity.

Despite all of the Minor League signings, the Yankees still have plenty of big-league moves to make, notably an upgrade at shortstop and in the starting pitching rotation.