Yankees have eyes on All-Star CF as potential trade target 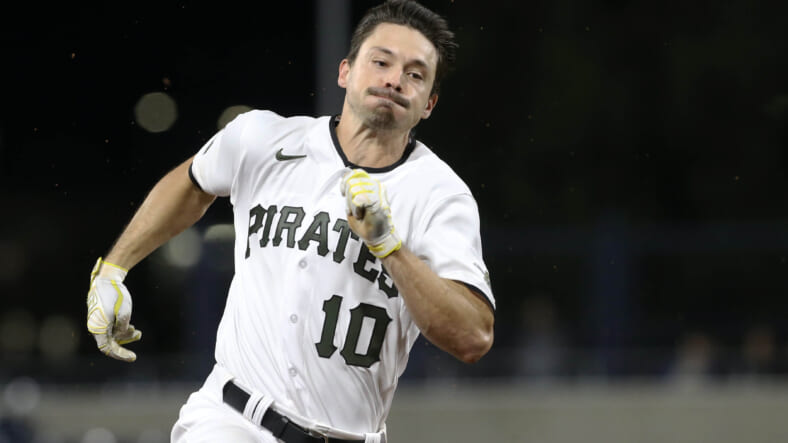 The New York Yankees are gearing up for an exciting few months during the off-season. With several free agents already connecting with general manager Brian Cashman, we should anticipate the Bomber spending significantly to upgrade several vulnerabilities, notably at shortstop. However, theyâ€™ve also been engaged in several trade talks, including for Oakland Athletics star first baseman Matt Olson and now Pittsburgh Pirates All-Star centerfielder Bryan Reynolds.

According to John Marosi of MLB network, the Yankees and Mariners have become potential suitors for Reynolds after the team struggled in centerfield last season due to the injuries of Aaron Hicks and Clint Frazier.

Reynolds has four years left of arbitration until he becomes an unrestricted free agent in 2026. He is an incredibly valuable player with immense talent at 26-years-old. This past season, Reynolds posted a .302 average with 24 homers and 90 RBIs. He also earned an 18.4% strikeout rate and 11.6% walk rate. He posted a 37.6 offensive WAR, showcasing one of the best batting threats in baseball.

Pairing a player like Reynolds with Aaron Judge and Giancarlo Stanton would give the Yanks an unbelievable amount of power in the lineup. However, Reynolds is also a quality contact hitter, recording 102 singles, 35 doubles, and eight triples this past season. With a maximum exit velocity of 112.7 mph, Reynolds is also seeing improvements with hard-hit balls. He recorded a 40.8% hard-hit rate and connected on the barrel of the bat 10.4% of the time. Reynolds also posted a career-high .522 slugging percentage and 142 wRC+.

Replacing Hicks with a player like Reynolds would constitute a monstrous upgrade — not even comparable. However, the Bombers are still on the hook for Hicks’s contract, so finding a way to unload it would be advisable in this scenario.

While the Yankees have been brought up in multiple conversations just like this, it is unlikely they strike gold on multiple occasions. With their focus set on acquiring a star shortstop, I believe they will look to get the deal done before any trades go down.