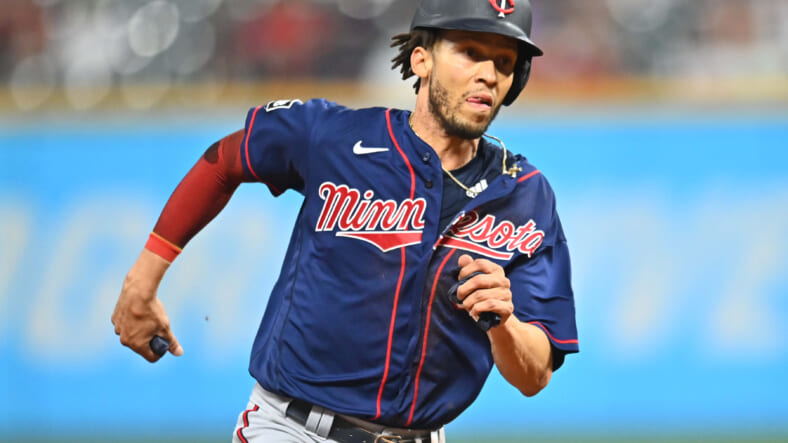 It is becoming more probable that the New York Yankees settle for a second-tier shortstop free agent, allowing Corey Seager and Carlos Correa to sign elsewhere. General manager Brian Cashman still has a solid amount of money to spend, but the team recently checked in on under-the-radar free agent Andrelton Simmons.

Simmons is a 32-year-old righty who stands at 6’2″ and 195 pounds. Having played with Atlanta, Los Angeles, and Minnesota in the past, heâ€™s a consistent defensive shortstop that doesn’t exactly fit the Yankees’ mold on offense. With elite defensive attributes, recording a .976 fielding percentage with 12 errors this past season over 1091.2 innings, the Bombers would love to have his capabilities to prevent more mistakes at a position of vulnerability.

Yankees are among teams to check in on Andrelton Simmons. They’ve always liked the defensive whiz.

After watching Gleyber Torres the past few seasons, skipper Aaron Boone would feel far more confident having Simmons feature at SS. His top defensive season came back in 2015 when he recorded a .988 fielding percentage over 1,279 innings. He has earned four Gold Glove awards and been a top-15 MVP candidate on three occasions.

However, heâ€™s not deficient in the offensive category, despite a down season with the Minnesota Twins in 2021. Simmons posted a .223 average with three homers and 31 RBIs. Simmons is not known for his slugging abilities, which is only one year removed from a .297 batting average in 2020 during the Covid season.

In 2018, when he featured in 146 games, he posted a .292 average with 11 homers and 75 RBIs, just one of three seasons in which heâ€™s had double-digit homers. However, he featured a 7.3% strikeout rate in that season, which is simply incredible. Simmons is more of a contact hitter, something the Yankees desperately need in their ranks to provide a bit more diversity. During the 2018 campaign, he recorded 120 singles, 26 doubles, and five triples, showcasing fantastic speed and efficiency.

While the former Twin isn’t exactly what the Yankees are looking for in terms of a long-term solution, he could serve as a stopgap as they wait on Anthony Volpe and Oswald Peraza to reach the majors.