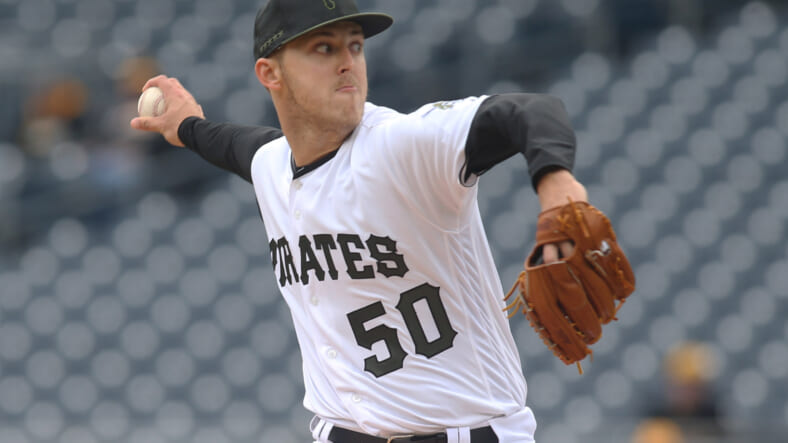 New York Yankees general manager Brian Cashman works quickly, and when thereâ€™s smoke, thereâ€™s usually fire. Recent reports have connected Pittsburgh Pirates’ starting pitcher Jameson Taillon to the Yankees, as they desperately need a more consistent arm with potential. He will only be on the books for $2.25 million in 2021, with control until 2023.

The expectation is that the Pirates will move him soon, according to Mark Feinsand of MLB Network.

Sources tell me and @adamdberry there are indications that Jameson Taillon will be the next Pirates player to be traded — possibly in the next day or two. The Pirates have already dealt Joe Musgrove this offseason, so it would not be a surprise if Taillon is moved, too.

Considering the Yankees have been in contact with Pittsburgh regarding his services, I am under the impression that Cashman is looking to acquire the young starter. However, depending on what theyâ€™re asking for, Cashman should be conservative. Pittsburgh may look at a player like Clint Frazier and Miguel Andujar as potential parts of the deal. I would be OK giving Andujar, but Frazier has earned his right to starting reps in 2021.

However, another rumor is going around that the Yankees are also interested in slugging outfielder Yasiel Puig. Their interest in Puig is surprising, but it could indicate that Cashman is willing to part ways with Frazier for a starting pitcher.

The former Los Angeles Dodger didnâ€™t play in 2020, but in 2019, he recorded a .267 batting average with 24 homers and 84 RBIs. At 30 years old, he has plenty of quality baseball left in his bones, and he would add significant power to the outfield to pair with Aaron Judge and Giancarlo Stanton. He has had some troubles in the past in the locker room, but if the Yankees can corral him, he would give them that extra edge they need in the batting order.

Defensively, Puig recorded a .977 fielding percentage in 2019, committing six errors and recorded 244 putouts. Again, the Yankeesâ€™ interest in him is extremely surprising, and the only justification is that theyâ€™re willing to trade Clint with his stock at an all-time high after finishing 2020 as a Gold Glove finalist and putting together some solid at-bats.