Yankeesâ€™ Robinson Chirinos is back to full health after wrist fracture; could he force his way into the team’s plans? 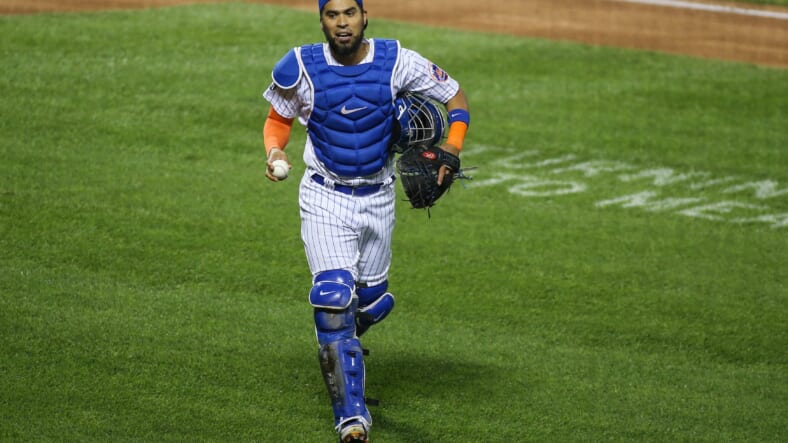 The New York Yankees plan was to enter the season with Gary Sanchez as the starting catcher and Kyle Higashioka fighting for the backup position with veteran backstop Robinson Chirinos. But as the first month winds down, the situation right now is completely different to what the team had drawn.

Chirinos got injured in spring training, and Higashioka has earned, according to Yankeesâ€™ manager Aaron Boone, more playing time after an excellent showing in the early going, both offensively and defensively.

However, Chirinos may re-appear in the picture. According to Yankees manager Aaron Boone (link to NJ Advance Media article here), the veteran “is definitely a guy that obviously gives us really quality depth right now.”

NJ Advance Media speculates that the Yankees may decide to shop Sanchez and go with Higashioka and Chirinos in their depth chart.

Chirinos is 100% recovered from his broken wrist, an injury he suffered in spring training. It took him the better part of the last six weeks, but he is already active and playing in the Yankeesâ€™ alternate training site.

The article clarifies that it is not a given that the Yankee shop Sanchez, but it is a possibility given he has been relegated to a timeshare with Higashioka and hasnâ€™t been successful since 2019.

Boone certainly likes Chirinos. â€œHe was a great teammate in spring training,â€ the skipper said this week. â€œI thought he really integrated himself into our room and conversations. The camaraderie that he developed with our catchers and with our pitchers I thought was really good.

â€œWe know heâ€™s a guy with obviously all kinds of experience thatâ€™s been a really good catcher in this league for a long time.â€

The 36-year-old Chirinos has it .231 over his nine-year MLB tenure.