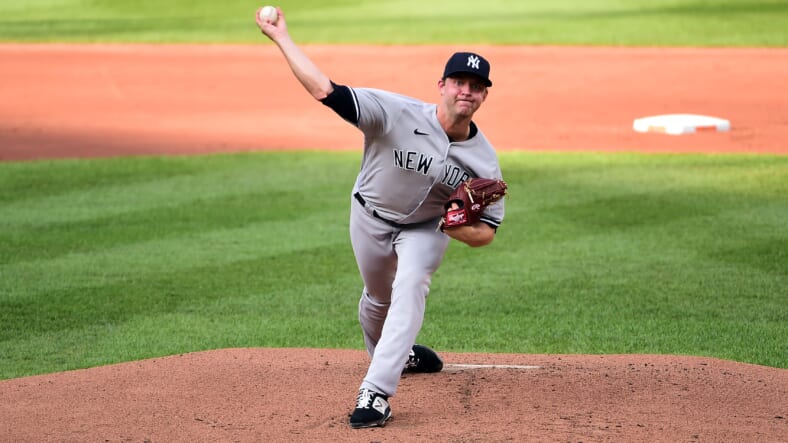 The New York Yankees boast tremendous pitching depth. Right now, prospect Deivi Garcia, who had an awesome debut season in 2020, is out of the rotation, and when Luis Severino comes back from injury, one of Domingo German (who has excelled during Grapefruit League play) or Jordan Montgomery will lose his spot.

Buried in the depth chart is Mike King, a right-hander who struggled in 2020 (7.76 ERA in 26.2 frames) but the Yankees value a lot. They know he has the potential to be a good backend starter (he had a 1.15 ERA in 39 Triple-A innings in 2018, for example) and he spent the offseason working on improving his stuff.

While the Yankeesâ€™ rotation is currently full, King can make his contributions from the bullpen, as a long reliever capable of covering multiple frames. He is not a lock to make the opening day roster, but he has a goal for the year.

Mike King wants to contribute at least 100 quality innings for the New York Yankeesâ€™ MLB team, regardless of his role. It will be very hard if everybody is healthy (which is not usually the case, potentially opening some avenues for him) but it does sound like a realistic goal.

â€œThere are going to be a lot of innings this year, because we have no idea if all of our starters are going to be able to go 200 innings,â€ King said to Bryan Hoch of MLB.com. â€œI want to make an impact on the team, and my goal is 100, so I donâ€™t care if theyâ€™re starts, piggybacks, long relief, whatever it is. I think that if I contribute 100 solid innings to this team, it would be very beneficial for this season.â€

The righty pitched well over the weekend for the Yankees, holding the Baltimore Orioles to one run in four frames, with two hits, a walk, and six whiffs. For the spring, he has a 3.46 ERA in 13 innings.

â€œGetting ahead is really key for me,â€ King said. â€œBecause I was able to get guys off-balance, I was able to put them away, which I was happy with.â€