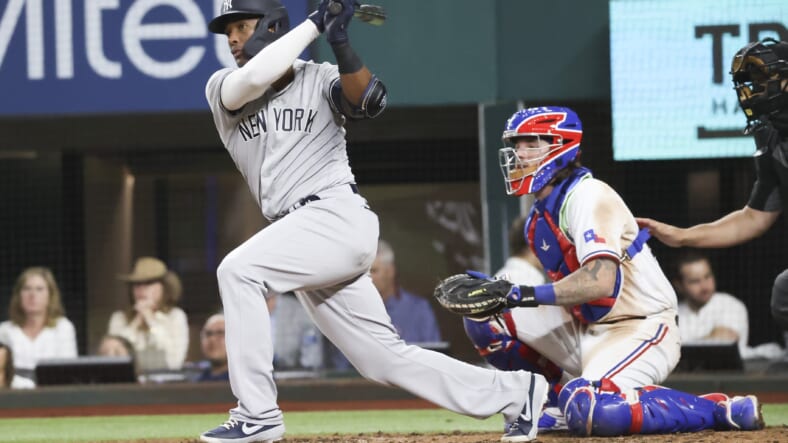 The New York Yankees designated longtime farmhand Miguel Andujar on Thursday, meaning that they would have a week to put the player through waivers to start mapping out his future. The move freed up a spot on the 40-man roster.

If Andujar cleared waivers, he could either accept being outrighted to Triple-A or ask for his release. That didn’t happen, though, because a team claimed him from waivers and he is, effectively, leaving the Yankees organization.

The Pittsburgh Pirates claimed Andújar from the Yankees, which is not a surprise given that he is a 27-year-old former AL Rookie of the Year runner up. That happened in 2018, but evidently, the Pirates saw potential in him and didn’t want to miss the chance.

Andujar being claimed by the Pirates is a win-win for everybody. The Yankees freed up a roster spot they needed to activate one of the returning relievers last weekend, the player gets a fresh start in an organization that will give him ample playing time opportunities in the majors, and Pittsburgh gets a young player with upside if they deploy and develop him correctly.

The former Yankees prospect is yet to recapture his 2018 form

The problem, with Andujar, is that the 2019 torn labrum and subsequent surgery sapped his offensive upside. Perhaps he could take off with daily at-bats, but it’s far from a given.

Seeing how his lack of playing time was starting to affect his career and earning opportunities, Andujar asked the Yankees for a trade last season. It wasn’t quite like that, but at least he is getting his wish to play for another team.