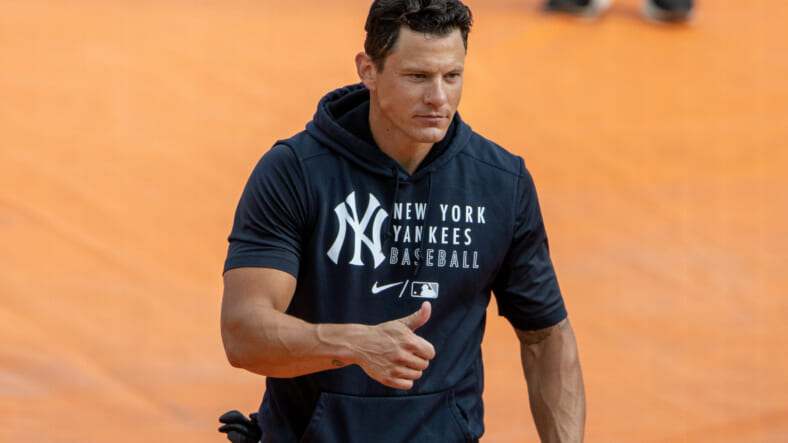 Not only did the New York Yankees blow an eighth-inning lead in Friday’s game against the St. Louis Cardinals, but they also had one minor-league player receive a suspension for consuming performance-enhancing drugs.

33-year-old veteran Derek Dietrich was slapped with a suspension after playing 41 games for Triple-A Scranton this year, hitting .244 with a 30.8% on base rate, two homers and 20 RBIs.

The last time Dietrich made a major league appearance was back in 2020 with the Texas Rangers, hitting .197 with five homers and eight RBIs over 25 games and 75 plate appearances. Dietrich hosts a career 22.9% strikeout rate with a .245 average and 84 homers. He had some of his best seasons with Miami between 2015–2018.

Dietrich had been fighting his way toward a hopeful appearance with the big league squad, but the Yankees have far too much depth. In addition to Dietrich, the MLB also suspended four other players, including Ivan Gonzalez from the Toronto Blue Jays, Kanoa Pagan from the San Francisco Giants, Karell Paz from the New York Mets, and Elvin Valerio from the Detroit Tigers.