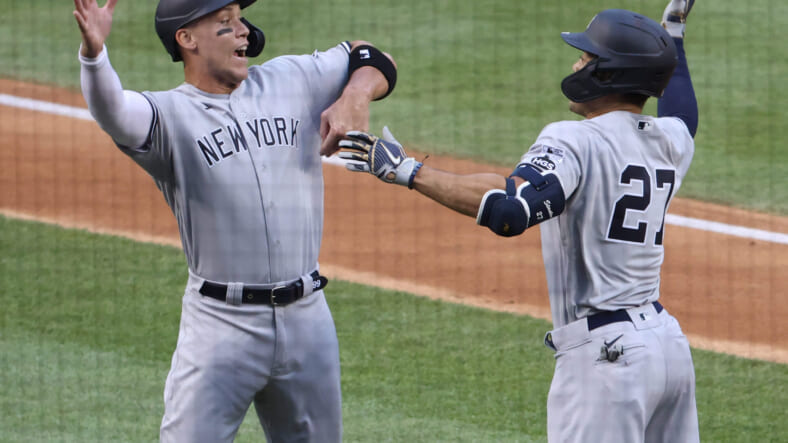 The New York Yankees fell miserably to the Tampa Bay Rays on Friday afternoon by a score of 10-5. Unfortunately, they were without both Gio Urshela and Aaron Judge, two essential starters who not only offer elite defense but quality offense.

The injury to Urshela with simply side effects from the vaccine he took on Wednesday, but Judge has been kept under wraps, as skipper Aaron Boone wasnâ€™t willing to offer any explanation for him being scratched.

Thankfully, Boone stated prior to Saturdayâ€™s contest at 1:10 PM that Judge would be in the lineup, continuing to state that they were just taking things easy and making sure he is 100% healthy.

â€œItâ€™s just always good to write his name in there. Just trying to be cautious with him early.â€ – Boone on Judge

Judgeâ€™s issues have been a mystery the past few days, and after playing just 28 games of a total 60 in 2020, there are certainly concerns regarding his longevity. Over five games this season, though, heâ€™s hitting .364 with two homers and five RBIs, so we can clearly see his influence when available.

The New York Yankees must make a statement after being blown out by Tampa:

In what was it embarrassing performance Friday, the Yankees are looking to make a comeback after their pitching failed to stop Tampaâ€™s offense. Corey Kluber lasted just 2.1 innings, allowing five hits and five runs over just 62 pitches.
Nick Nelson came in to relieve Kluber but completely lost control of the game and put things to rest for Tampa. He lasted just 1.2 innings, giving up four hits and four runs, watching his ERA skyrocket to 9.00.
Luckily, Lucas Luetge bounced back after a few tough outings, striking out four batters and allowing just one run over 3.0 innings. It seems as if Lucas had a few jitters in his first MLB action since 2015 with the Mariners, but he is settling into a relief role nicely.