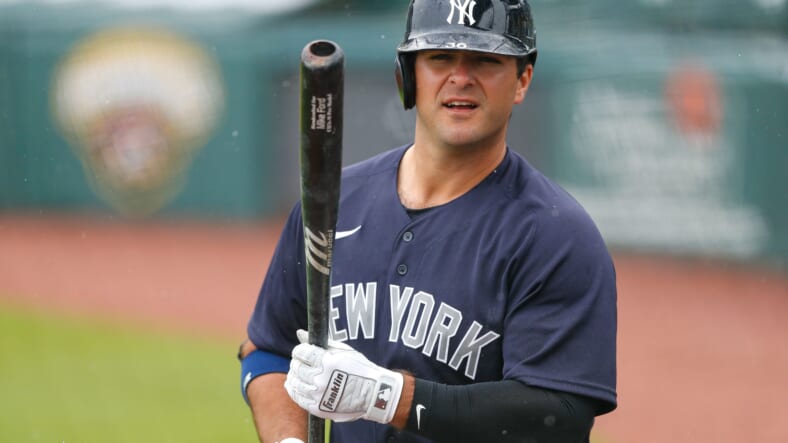 In the past two days, New York Yankeesâ€™ general manager Brian Cashman and manager Aaron Boone have been saying that while they trust the slumping offensive performers to eventually regain their stroke, they would be more than willing to experiment with the lineup with the hope of jumpstarting a dormant unit.

While the Yankees could play Rougned Odor or Tyler Wade (or even Derek Dietrich) at second base and slide DJ LeMahieu to play first base until Luke Voit returns from injury in mid-May, the team is taking the most appropriate and natural route.

The Yankees have recalled first baseman Mike Ford from the alternate training site and he will earn playing time at his natural first base position. Whether or not the Bombers let him play regularly or semi-regularly until mid-May remains to be seen, but the opportunity seems to be there for him if he performs.

The Yankees would be smart to give Ford an extended chance

The 28-year-old Ford has been with the Yankees for most of his professional career, and unlike the retiring Jay Bruce, is a natural first baseman. He isnâ€™t a very good one with the glove, but the fact that he remains in his prime and has been successful in previous opportunities in MLB makes us wonder why they didnâ€™t consider him as an option to fill in for Voit in the first place.

Ford is a career .217 hitter in 247 plate appearances in Major League Baseball, but his .308 OBP and .461 slugging percentage actually make him an average hitter judging by wRC+, which is 101.

Will the Yankees give Ford the opportunity to play every day? We will find out in the upcoming days.