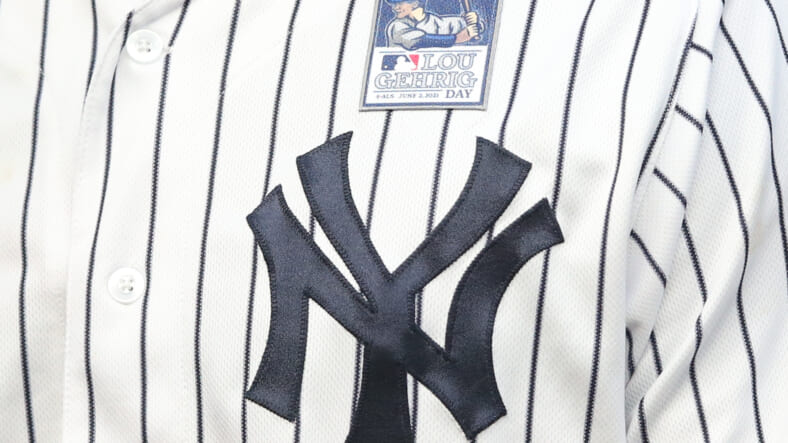 The Yankees have been blessed with phenomenal bullpen depths over the last half-decade. From Dellin Betances to Ron Marinaccio, they just know how to build a good bullpen. This ability to acquire relievers who can become great arms or develop pitchers in their farm has made them a playoff contender every year. They’re always near or at the top in bullpen metrics.

On a team that already has the incredible Clay Holmes to shut the door in tight games, the Yankees may have another dominant reliever on the way. Down with the Somerset Patriots, RHP Carson Coleman has been on fire and one of the more exciting arms the Yankees have in the minors. Despite dominant numbers, he’s flown under the radar, and it’s time to put him on the map.

As we understand more about what creates stable success for pitchers, it’s changed how to differentiate good outings from bad outings. Looking at just earned runs is an outdated concept in the industry, as it doesn’t truly let us capture just how good a pitcher was. FIP stands for Fielding Independent Pitching, and while it isn’t perfect, the core of the stat is to look at how many Home Runs, Walks, and Strikeouts a pitcher has. Why those three stats? Well, pitchers tend to have the most control over those outcomes, as once a ball is in play, they have no control of what happens after.

The stat can be flawed for groundball pitchers, pitchers with high HR rates but great ERAs and stuff, and could also overrate pitchers who don’t give up HRs but still struggle to make competitive pitches due to poor pitch location that leads to high line drive rates. That being said, it does still have value, and all stats have their flaws. What excites me about Carson Coleman is that at Double-A, he’s preventing HRs, doesn’t walk batters, and gets a ton of strikeouts.

Yea, that’ll play. Carson Coleman prevents HRs, stays in the strike zone, and gets a ton of swings and misses. This is incredibly impressive at an MiLB level as advanced as Double-A, where you finally get your first crack at near MLB-level talent. Stats are great, but for pitchers, their stuff is just as important, but Coleman’s got you covered there too.

A Perfect Arsenal For a High-Leverage Reliever

Carson Coleman sports an absolutely dominant fastball that has been a nightmare for hitters across Double-A this season. When he was promoted from High-A this season, he was striking out 36.6% of batters (still a high clip) but somehow, in his first stint at a much more difficult level of play, he started striking out guys at a 40% clip.

Carson Coleman struck out 5?? over two shutout innings in yesterday's 5-4 victory, lowering his ERA to 0.66 in 27.1 IP this season with 40 strikeouts ? pic.twitter.com/9RZZz2Gnfi

With riding action and great velocity, it’s easy to see how batters are underneath the ball and struggle to make consistent contact. What makes it unique is it also gets a lot of run when he throws it. Typically, fastballs fall under the back-spinning or side-spinning categories, but Coleman’s fastball has blended both into this hybrid fastball that gives it a two-seam/four-seam mix to dominate batters.

There are always flaws with every prospect, and Coleman is no exception. His slider and changeup leave a lot to be desired in command and usage. Neither pitch have been polished yet, but with his velocity and arm slot, you figure the comfort level is all that will prevent him from having a good secondary pitch. The Yankees love sweeping sliders, and Coleman could definitely see benefit from such a devastating strikeout pitch.

Where Does Carson Coleman in the Yankees Bullpen?

Miguel Castro, Chad Green, Zack Britton, and Aroldis Chapman are all free agents at the end of the season. Lucas Luetge is a solid reliever, but he is getting older. The Yankees are stacked with young arms that can come up and contribute in one way or another next year, but I can’t imagine they just overlook Coleman if he keeps throwing the way he’s throwing. I hope next year we get an extended look of him at Spring Training so we can get a feel for his velocity and movement since they have Trackman in those stadiums to give us pitch data.

I think 2023 is the big test for Coleman; he’ll get a shot at Triple-A with Scranton, or perhaps he impresses a lot and gets a shot in the Bronx from the get-go. He’s someone that many Yankee fans currently don’t know, but he’s someone I imagine many Yankee fans end up knowing in a year or two. Watching Minor League Baseball in the middle of a pennant chase seems a little ridiculous, but if you want to find hidden gems that’ll be a part of the MLB roster soon, check out the Somerset Patriots and watch Carson Coleman close out games. Who knows, maybe he’s closing games for the Yankees in October sometime soon.