Yankees: Projecting a star-studded infield worthy of a Championship 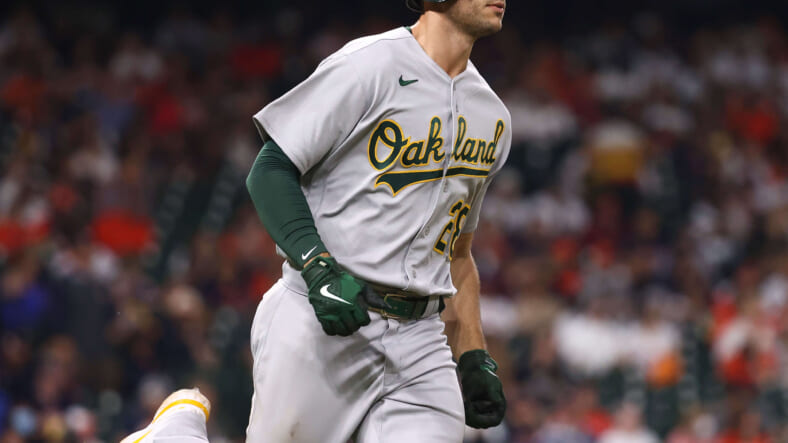 The New York Yankees were linked to a number of star players this off-season before the MLB instituted a lockout. Ranging from Corey Seager to Justin Verlander, the Bombers have had opportunities to secure elite talent. They ultimately let them sign elsewhere due to lack of inactivity.

However, there are plenty of prospects after the lockout in which the Yankees can target, whether it be via trade or free agency. The Yankees desperately need to make several upgrades in the infield, specifically at shortstop and first base. With Gleyber Torres making the move to second base and Gio Urshela locked in at third base, for the time being, general manager Brian Cashman has his work cut out for him and reportedly has a bit of flexibility with his funding.

It is clear that the strategy was to remain patient during the early months of free agency, waiting until after the lockout to sign players. Nonetheless, the Yankees could still make blockbuster moves to improve their team this off-season, but it all comes down to cost.

A star-studded infield for the Yankees:

At some point, the Yankees are going to have to make a decision to utilize some of their elite prospects to win now. Cashman has done his best to supplement injuries and deficiencies with cost-efficient talent, but he has a few valuable trade pieces he can utilize to acquire a player like Oakland Athletics first baseman Matt Olson.

Olson is an incredible player, and he will undoubtedly force Cashman to part ways with one of his top shortstop prospects, notably Oswald Peraza (and much, much more). Olson is coming off a season where he hit .271 with 39 homers and 111 RBIs. His 16.8% strikeout rate would be a welcomed statistic for a Yankee batting order that has struggled in the category.

Olson will become a free agent in 2024 and is arbitration-eligible in 2022. Given the team’s control over his contract, the Yankees would have him locked into their starting first base spot for the next few years. Olson is a bonafide star coming off an awesome season. With a lefty bat, he could lead the Yankees in home runs next year if acquired.

DJ LeMahieu’s preferred spot is second base, which makes Gleyber Torres an extra option. The Yankees could retain Torres and feature him as a super-utility player in the infield, or they could include him in a trade. Considering the Yankees have multiple infield prospects climbing through the ranks, utilizing Torres and his value could be a solid move to build out the roster. However, heâ€™s only 24-years-old and will become a free agent in 2025.

Torres is a valuable asset to the team, even if his defense has been problematic at times. LeMahieu, on the other hand, finished the 2021 season with a .268 average, 10 homers, and 57 RBIs. He came crashing back down to earth from his 2019 campaign, but he is still an incredible hitter who will likely bounce back after an inconsistent season.

One way or another, the Yankees have to find a solution at shortstop, and if they acquire Olson via trade, which would be cheaper than retaining Anthony Rizzo, they can afford to pay the Houston star.

Whether fans like it or not, Carlos Correa is an incredible talent, both offensively and defensively. He most recently had .279 with 26 homers and 92 RBIs in 2021, injecting an elite batter into the lineup with just an 18.1% strikeout rate.

However, Cashman will have to deal him 10 years, and if heâ€™s unwilling to move to third base at some point in the future, it could derail negotiations. Nonetheless, heâ€™s the best name on the market at a position of need for the Yankees, so you better believe they will be inquiring about his services.

For the time being, Urshela is a fine starter at third base. While he doesnâ€™t live up to star status, he hit .267 with 14 homers and 49 RBIs this season, a solid stat-line over 112 games.

Urshela is a solid defender on the hot corner, which is something the Yankees need to maintain, given their inconsistencies there in the past. He would be the weak point in the infield, which is a good problem to have considering his balanced style.