Yankeesâ€™ players felt the â€œenergyâ€ from fans, as 10,850 people enjoyed live baseball in the Bronx 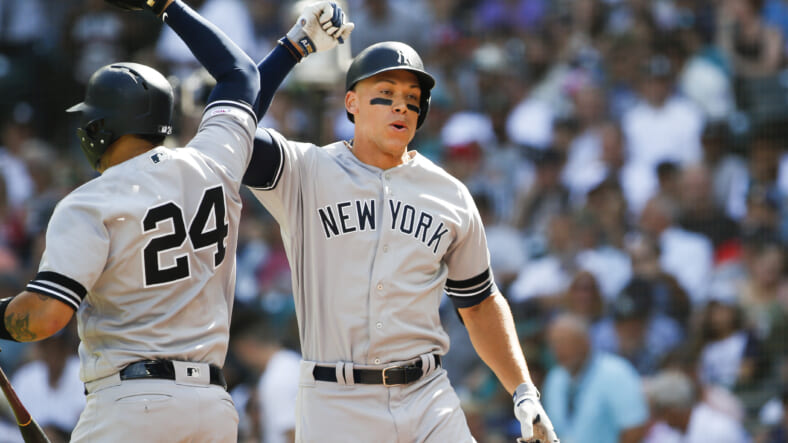 The New York Yankees dropped the first game of the season in heart-breaking fashion. The Toronto Blue Jays ended up winning 3-2 on Thursday, in the first game of the 2021 campaign. Players were surely disappointed, but in the end, there was something comforting about the game: fans were allowed.

Baseball is not the same without fans. The cheering after a great play, the loud crowd screaming after a home run, and the explosions after a crucial strikeout. Players always say that is fuel for them.

Of course, in the middle of a pandemic, it may not be safe for the Yankees to open the stadium in its full capacity. But yesterday, 10,850 people enjoyed a live baseball game in New York for the first time in a while.

As a reminder, last year baseball was played with no fans in the stands, at least the regular season.

However, sometimes boos come with the cheers. Yankeesâ€™ star Aaron Judge heard some after he struck out in the ninth inning. But when all is said and done, he understand the emotional part of the game for fans.

â€œItâ€™s part of it; those fans want to watch winners,â€ Judge said to MLB.com. â€œThey let us know when we donâ€™t do our job, and we didnâ€™t do our job today. It was quite a few opportunities, especially me at the plate with guys in scoring position. I could have given us a lead or done something. We just didnâ€™t execute.â€

Gerrit Coleâ€™s parents, his wife, Amy, and their young son, Caden, were among those in attendance. And the pitcher was thrilled.

â€œJust to feel the energy of the people in the park was welcome,â€ Cole said. â€œMy family being here after not being able to see much last year means a lot. It was quite cold early, but it shaped up to be a pretty pleasant day for the most part — outside of the loss.â€