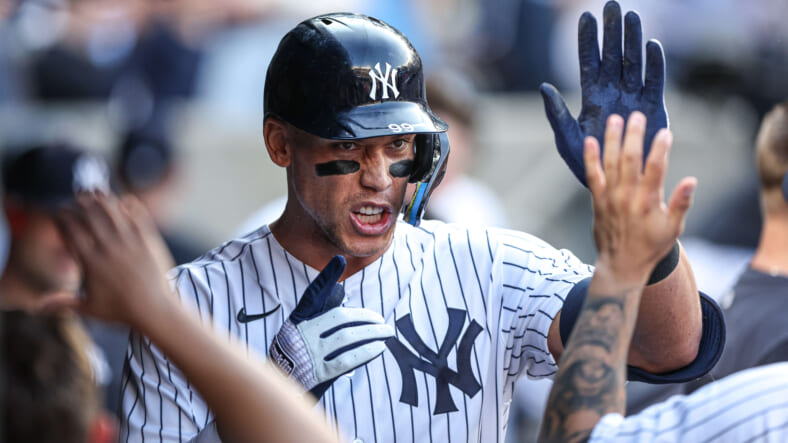 If the New York Yankees don’t lock down Aaron Judge on a contract extension, they may regret it for the next decade. Judge is coming off a historical season but failed to replicate those statistics during the playoffs, which matters most.

In fact, Judge hasn’t been an elite playoff hitter by any means, but without him, the Yankees might’ve missed the postseason entirely, which is an argument to consider.

Retaining him won’t be a walk in the park considering multiple teams have already expressed potential interest in pursuing his signature. Notably, the San Francisco Giants have been heavily rumored to have Judge on their wish list.

However, I wouldn’t rule out the sneaky New York Mets either, who have a billionaire owner who is willing to spend an egregious amount of money to improve the roster and put the Yankees’ crosstown rivals in World Series contention.

In fact, one Yankee player believes that the Mets could make a play for Judge, especially with a ton of money coming off the books.

One Yankees player suggested he feared “the hedge fund guy” might make a play for Judge. While this would be an all-time market crashing move, Steve Cohen has seven free agents of his own he’s hyper focused on. They’d need to hear first from Judge that he wants to move crosstown, too. Long shot.

According to Jon Heyman of the New York Post

The Yankees losing Aaron Judge would be devastating:

Realistically, any team that made the playoffs this year and is retaining the majority of its talent would receive a tremendous boost with the acquisition of Judge. The Mets have the financial freedom and current talent to make a run next year, but gaining Judge would undoubtedly increase their chances of a World Series title. The Yankees will likely try to stop Cohen from creating a super team at all costs, but that ultimately boils down to Hal Steinbrenner and how much money he’s willing to spend.

General manager Brian Cashman tried his best to convince Judge to sign a team-friendly deal before the 2022 season, interestingly avoiding any top shortstop free agent in the process. It is believed that Steinbrenner wanted to save as much capital as possible to invest in Judge this off-season, a legacy player that the Yankees have already built into their stadium.

At the end of the day, there will be competition for the superstar slugger, but the Yankees have leverage, and they know he wants to stay. Cashman has the financial resources to get it done without getting involved in a bidding war.